It's printed from sand, it has a quarter billion facets, and it's also a wee bit terrifying. 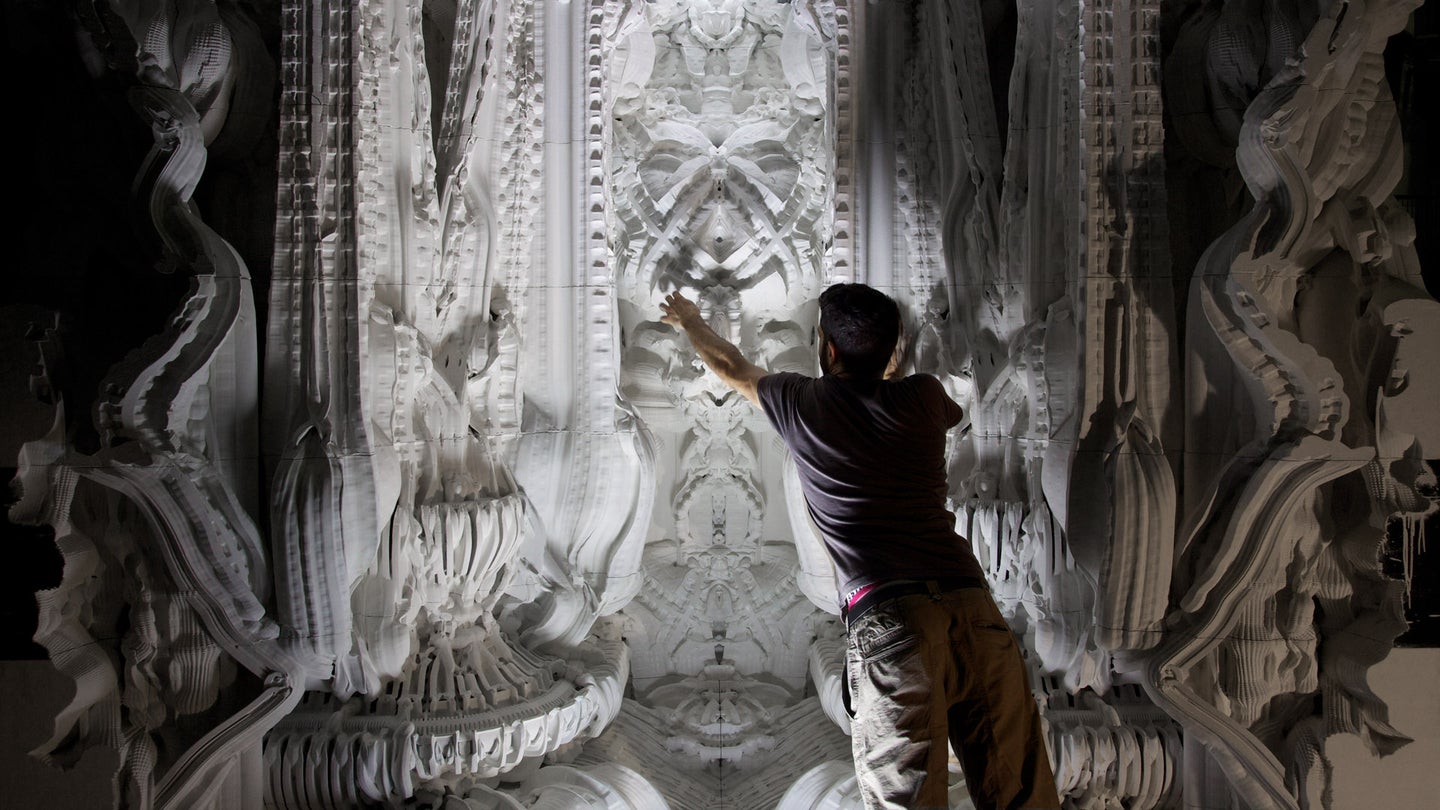 This room, conceived and created by architects Michael Hansmeyer and Benjamin Dillenburger, might not be the world’s first 3-D printed structure. But the design, which they call Digital Grotesque, is almost definitely the most ambitious: computer algorithms designed the 3.2-meter-tall, 16-square-meter room, which has a whopping 260 million (!) surfaces. And instead of being made of plastic (3-D printing’s go-to material), it’s printed from sand. Plus, it looks incredible–much more like a real-life, human-built room than any other 3-D printed structure, albeit one that’s half Roman temple, half H.R. Giger nightmare.

“We think it’s the world’s first 3-D printed room,” Hansmeyer tells us in an email, “in the sense that it’s fully structural and has a complex surface, it’s self-supporting, and it’s massive (11 tons).”

To create Digital Grotesque, Hansmeyer and Dillenburger first relinquished some control of the project to math. The duo used algorithms to let computers randomly design the room, which was printed in Zurich. (The team designed an overarching model, but many of the details are the work of algorithms.) With a digital version of the room in hand, they used sand as the material, along with a binding agent, to print large chunks of the room–up to 4 meters tall by 1 meter wide by 2 meters deep. After that, they assembled the room piece by piece from the sandstone material. The entire process took one year to design, one month to print, and one day to assemble.

No, nobody will be living in it–the structure’s more art project than studio apartment. If you don’t mind some art-speak, this is the architects’ explanation: “In the Digital Grotesque project, we use these algorithms to create a form that appears at once synthetic and organic. The design process thus strikes a delicate balance between the expected and the unexpected, between control and relinquishment.” But, hey, maybe we can look forward to our own robot-designed sand castles one day. 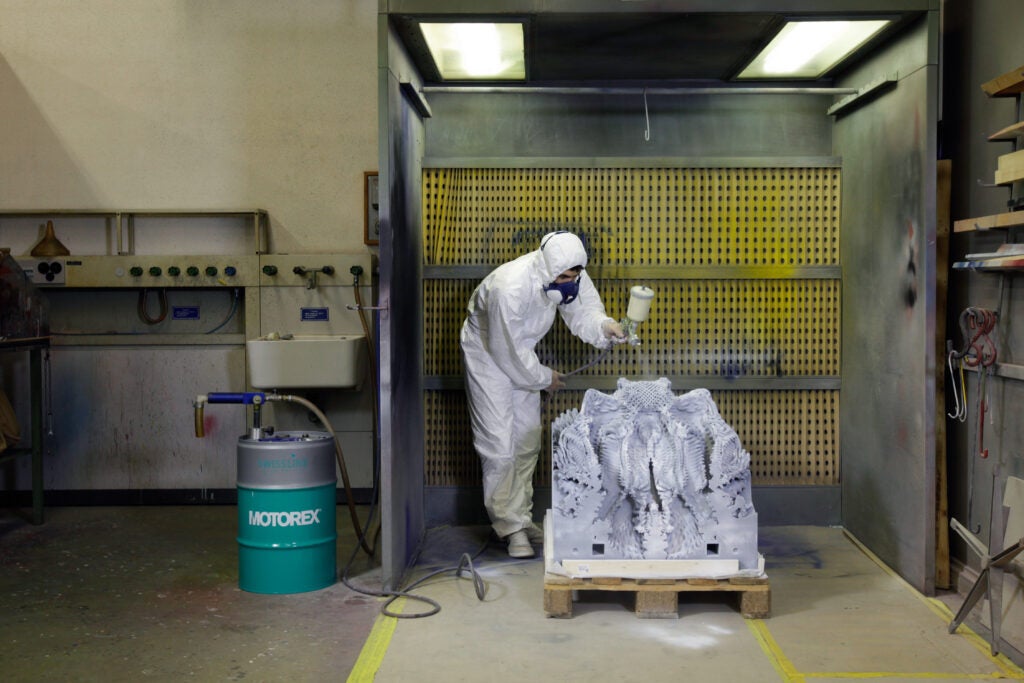 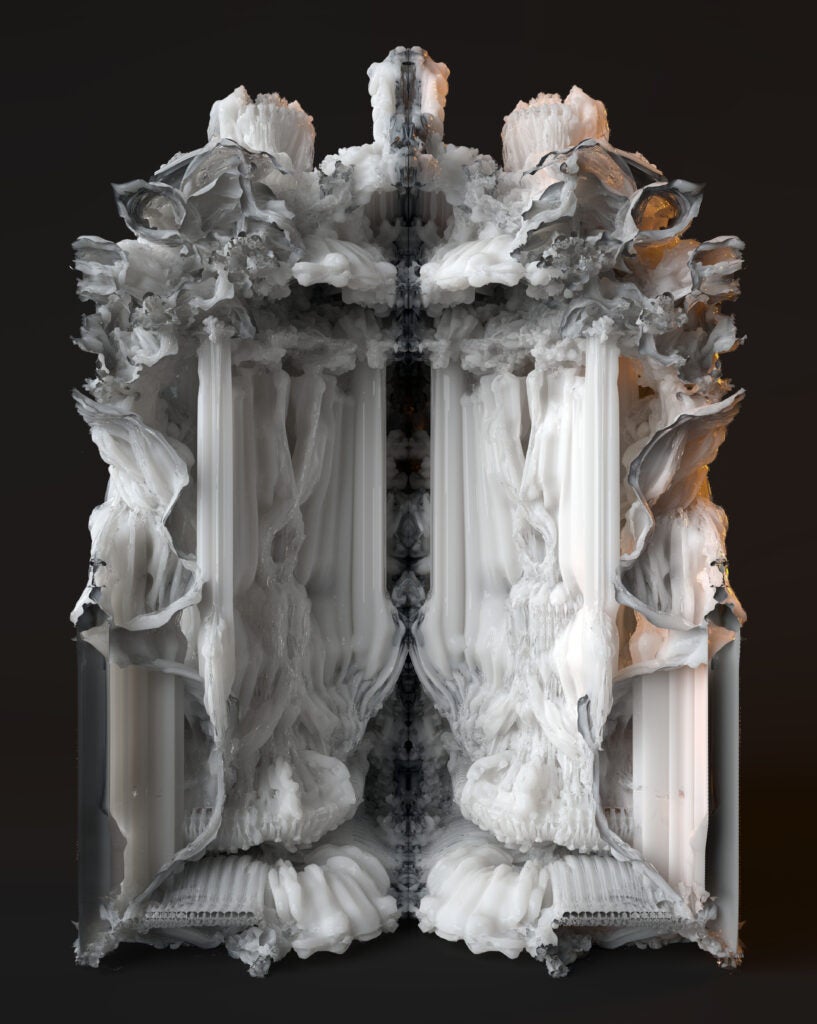 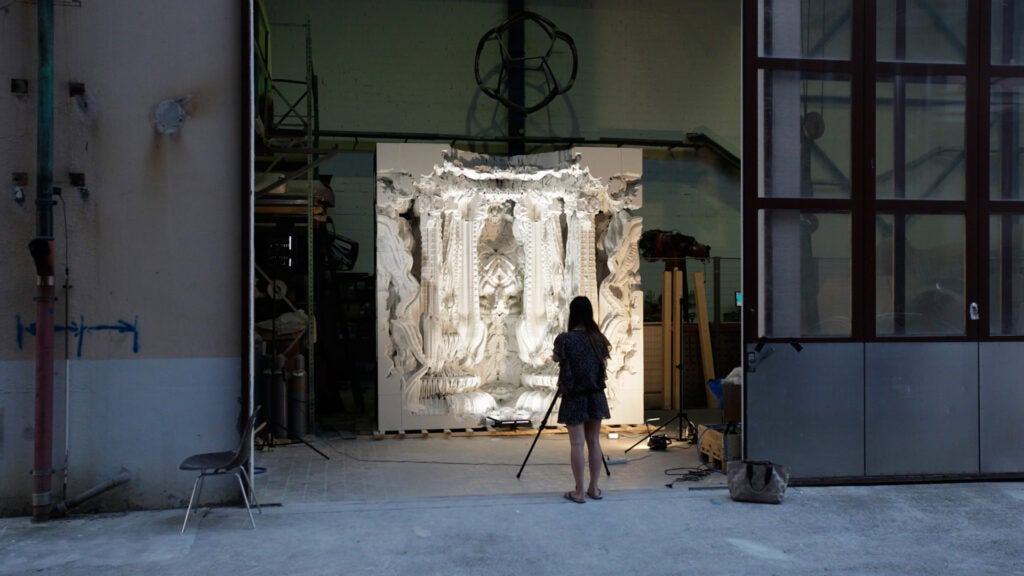 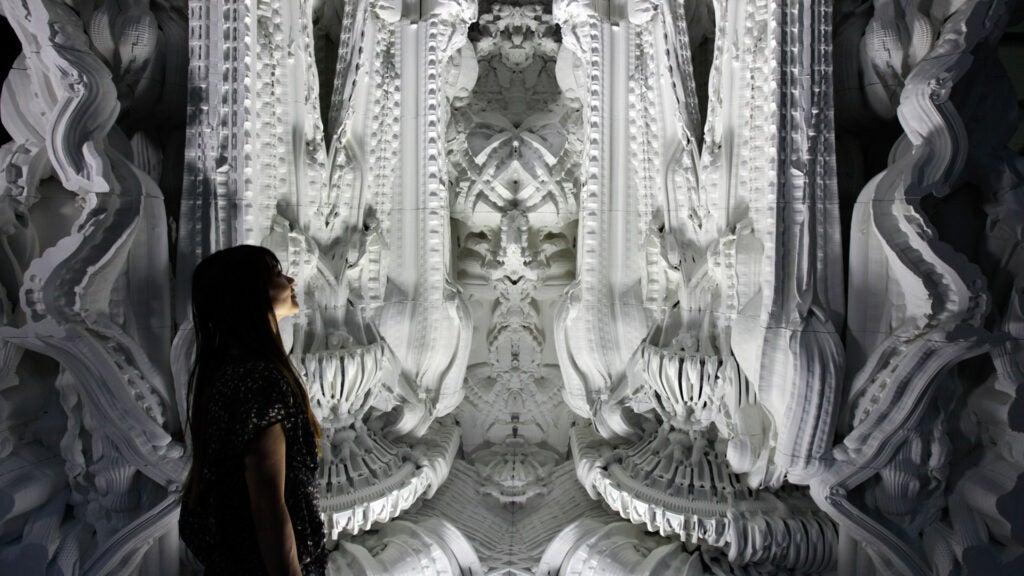 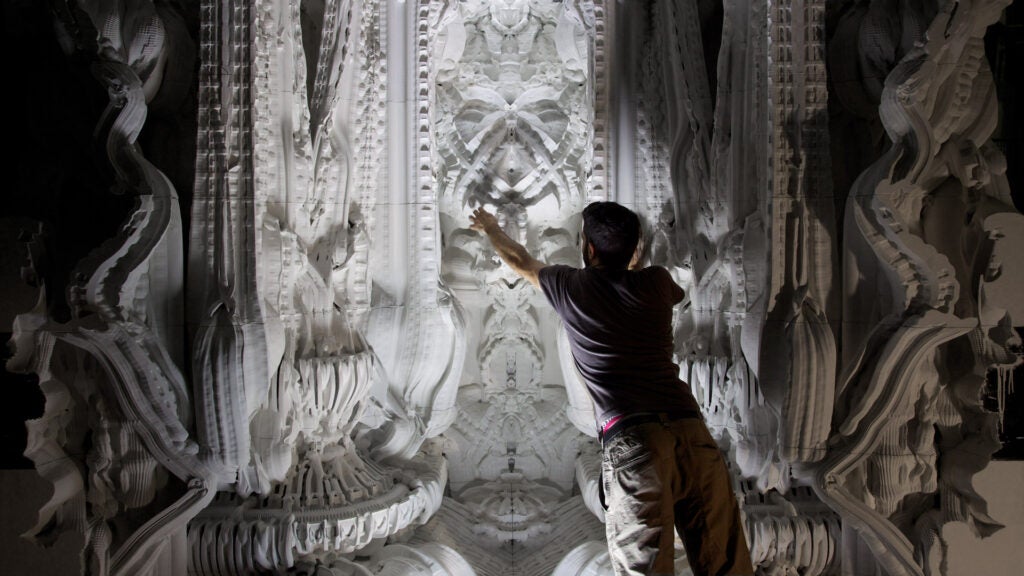 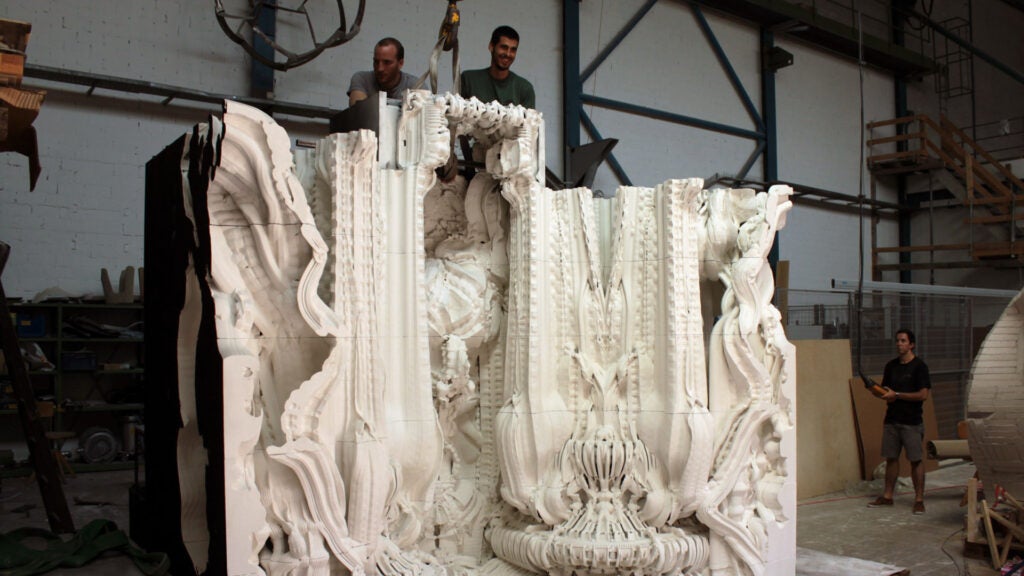