The lone star tick can make you allergic to meat, and that’s not even the worst of it

The tick's territory is spreading. 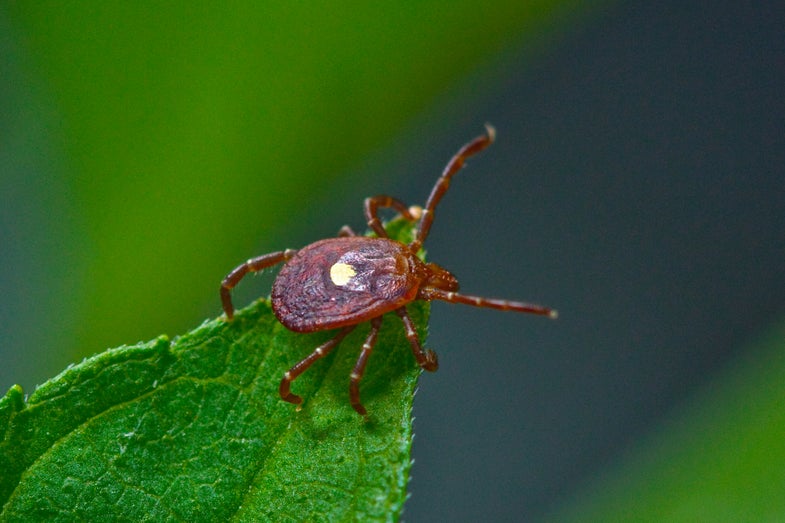 Ticks are horrifying, plain and simple. Even if they weren’t vectors for nasty infections, the fact that they swell up like tiny blood balloons and then burst if you don’t remove them properly is enough to make you never want to set foot in the woods again. And guess what: they can also make you allergic to hot dogs and hamburgers, which is pretty darn unpatriotic for a tick named Amblyomma americanum.

It’s a case of cruel irony indeed that a tick named after Texas can render you unable to eat red meat. If it’s sushi you crave, you’ll be just fine, but barbecue is out of the question. If you’re bitten by a lone star tick and get the short end of the stick, what you really become allergic to is a carbohydrate called galactose-alpha-1,3-galactose. Alpha-gal is in most mammalian cell membranes, so the allergy doesn’t extend to non-mammalian meat. Poultry and seafood are all fine. And you really shouldn’t eat apes, but theoretically you could—they don’t have alpha-gal either (really, don’t eat apes). Heck, you could even eat human meat if you wanted. The reason our bodies can recognize and react to alpha-gal as a foreign molecule is that we don’t already have it in our cells. If we did, an allergy to alpha-gal would actually present as some kind of autoimmune disorder, where the body starts attacking itself.

Since we don’t create alpha-gal, though, your immune system is free to start attacking it whenever you eat red meat. Unfortunately, as anyone who’s suffered from an allergy knows, your body often takes a real beating in the process. Most people report waking up with a reaction in the middle of the night after eating meat for dinner. There are hives, itching, sometimes vomiting and diarrhea. Anaphylaxis can even occur. It’s all pretty standard for a severe food allergy, and some people can mitigate their symptoms by taking plenty of antihistamines before and after a meal. But your days of carefree chowing down on baby back ribs are behind you—forever.

It’s only in the last few years that the lone star tick’s role in rare meat allergies has been widely acknowledged, but immunologists have known about the phenomenon for over a decade now. Or rather, one particular subset of immunologists has. It’s taken many years for them to convince their colleagues and spread the word. There’s now talk that another tick, the castor bean tick, might have the same effect in its home territory in Sweden.

Which comes to our reason for filling you in: it’s not just word that’s spreading—the ticks are spreading, too. Rising temperatures have turned previously inhospitable northern states like New Hampshire and Minnesota into tick-friendly zones. And now, folks in those regions have started reporting cases of alpha-gal syndrome.

In case that doesn’t sound bad enough, a lifelong meat allergy isn’t even the worst thing that lone star ticks can give you. They’re also the primary carriers for something called human monocytotropic ehrlichiosis. HME doesn’t show symptoms until about three weeks after you’re bitten, and it starts off mild. Fever, headache, chills, muscle pain—it feels like a bad cold. Then comes the vomiting. Some people get diarrhea and abdominal pain to boot. If it’s a severe case, you progress to neurological symptoms. Brain lesions and inflammation can cause lasting damage. You can get seizures or even fall into a coma. And left untreated, HME can even lead to kidney or respiratory failure.

Oh, and you can also contract tularemia. That’s just an infection with ulcers, fever, chills, headaches, and lymph node pain. If it spreads to the lungs, you can develop serious, potentially life-threatening pneumonia.

But hey—those are very rare diseases. Even the meat allergy is pretty uncommon. You probably won’t contract any of these ailments, even if you do live in the southeastern U.S. and wander around at the edges of woods all day, which is where the lone star tick is most at home. You’ll probably be fine. But if beef is what’s for dinner, you’d better stay on top of your tick checks.