Win Winter With These Jet-Powered Projects 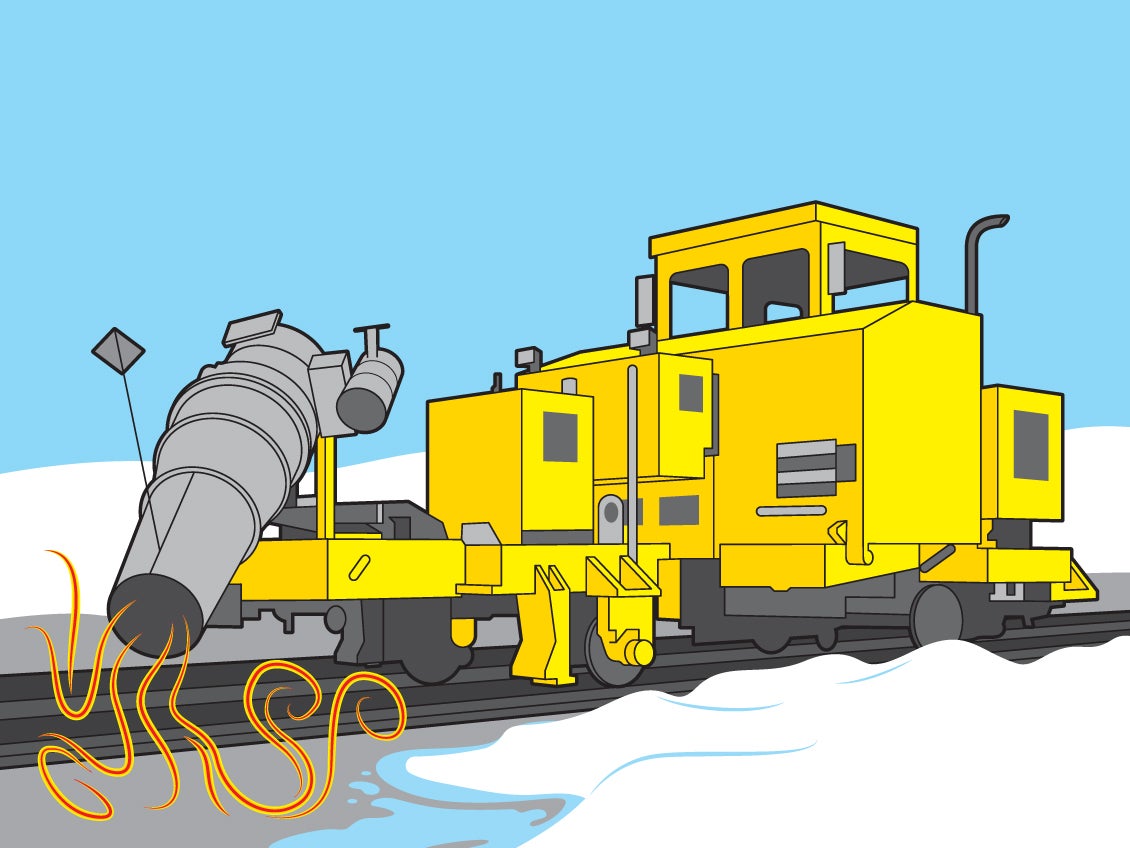 Retire the reindeer—and fire up the jet engines. These three vehicles will put your average sleigh to shame.

When winter storms threaten to shut down commuter trains, New York City’s Metropolitan Transportation Authority blasts snow off the switches with jet engines. Built and mounted on railroad vehicles by mechanic Olie M. Ericksen, so-called snow jets use old aircraft engines as heating units. Ericksen replaced the original ignition systems with acetylene ones, which use a lower-voltage spark to ignite the fuel. “It actually works much better than the high-voltage spark, especially in colder temperatures,” he says. The jets can even blow or melt ice from the third rail (which provides trains with electric power) with 700- to 900-degree exhaust. Ericksen isn’t the first to build snow jets—the oldest one still in use dates back to the 1960s. And some onboard engines are even older: Certain snow trains still use J57s, the first American jet engine to produce more than 10,000 pounds of thrust.

Entrepreneur Jude Gomila was tired of having to push his snowboard across the flats by foot. To propel himself, he mounted a battery-powered jet engine to his board.

First, he 3-D-printed six separate parts and assembled them into the mount. Then he attached a ducted fan engine. “It sounds like 100 vacuum cleaners going off at the same time,” Gomila says. “But outdoors, it’s actually not that bad.” By connecting a handheld controller to the motor, he can gradually increase his speed up to 15 miles per hour.

When Mason Ferlic was a high school senior, his parents gave him a welder. He and his youngest brother, Evan, immediately began using the new tool to build valveless pulse jets. The Ferlics put the engines to good use on the frozen lakes that dot the landscape of their native Minnesota. They attached old ice-skate blades to a sturdy frame, and then added a jet, a propane fuel tank, and the control system from a remote-controlled car. The resulting RC ice racer zips across the surface at up to 20 miles per hour. Evan says he’s surprised it worked as well as it did. “It blew us out of the water,” he says. The car can skate for about five minutes straight before running out of fuel.

This article was originally published in the January/February 2016 issue of Popular Science, under the title “Win Winter with These Jet-Powered Projects.”