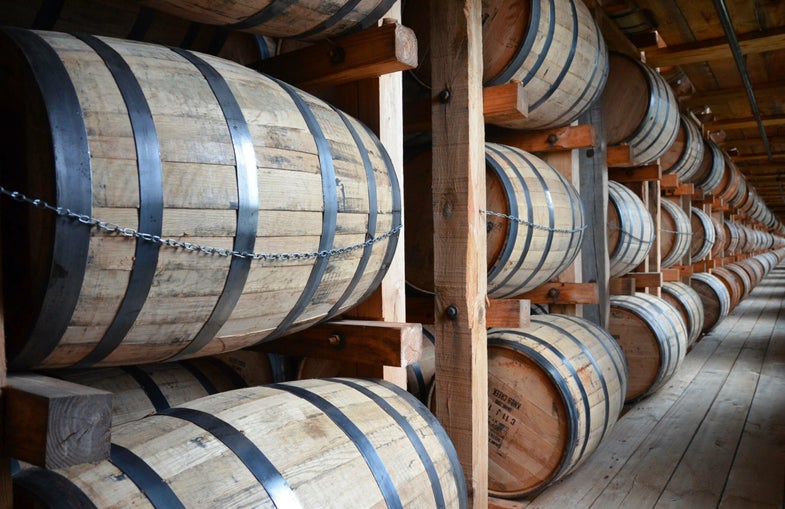 Just as Scottish and Irish accents are clearly different from American English ones, so are Scotch and Irish whiskeys chemically distinct from their American counterparts, and ongoing research is analyzing exactly how.

Food science researchers at the University of California at Davis have been studying different whiskies to determine whether they can tell them apart, scientifically. Research director Thomas Collins gave a talk at the American Chemical Society’s annual meeting today about the university’s work, especially on American whiskeys.

“Right now, we can do a pretty good job of separating, for example, Scotch whiskies from bourbons and other American whiskeys and also Canadian and Irish whiskeys,” he said during the talk, which the American Chemical Society recorded. “When you narrow it down into whiskeys from a particular region, the process gets a little more difficult because they’re more similar to each other.” The researchers are looking into the data more closely to try to distinguish chemically between American whiskey types, Collins said.

In the future, Collins’ team hopes their studies will be able to tell distillers what practices make for the tastiest whiskey. For example, they could be able to answer whether whiskeys taste different if they’re aged in different parts of the same warehouse, Collins said. Their chemistry could also help people identify whether particular bottles of whiskey are genuine, although there are already techniques for doing that.

For their research, Collins and his team analyzed about 60 American whiskeys. They used two common chemical techniques, high-performance liquid chromatography and high-resolution mass spectrometry, which are able to separate the compounds in a mixture and tell scientists some facts about those compounds, such as their weights or some information about their structures. Researchers then used other data to deduce what those different compounds are. They also performed statistical analyses to check the differences between the concentrations of different chemicals in different whiskeys.