Wear Your Next Electronics Project On Your T-Shirt

And become a human circuit board

Two years ago, industrial designer Clement Zheng attended a workshop on soft electronics. He was learning how to put blinking LEDs into the eyes of a stuffed animal when a light went on in his own head: Why not use soft electronics to build a functioning circuit board on a T-shirt? So Zheng and fellow designer Manasvi Lalwani created Shirt Circuit—an educational electronics tool kit that lets you do just that. 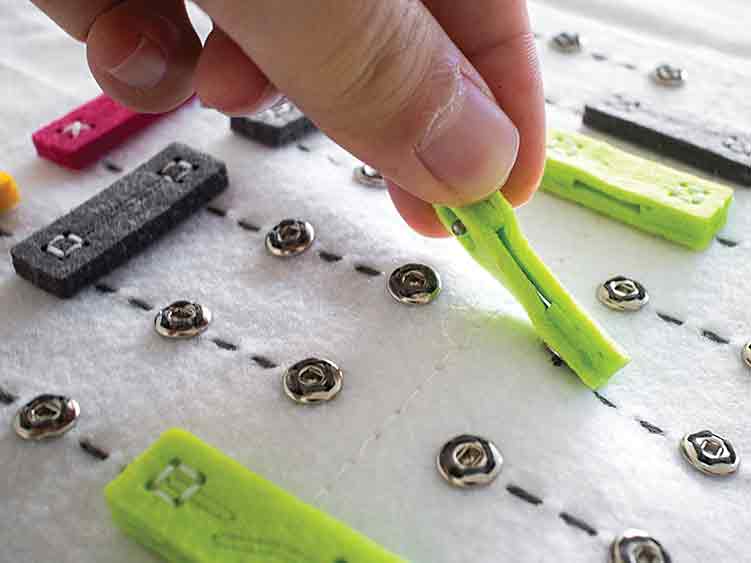 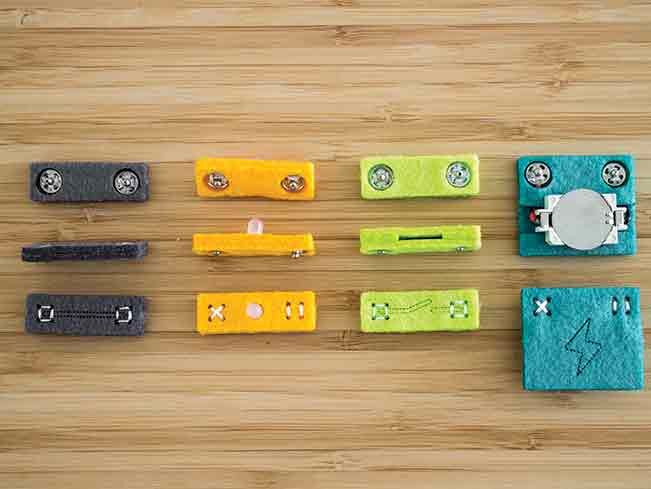 Zheng and Lalwani sewed a soft grid of felt and conductive thread onto a plain T-shirt. At each intersection on the grid, they added small metal snap-fits where interchangeable circuit components could attach. To create each component, they embedded a snap and an electronic piece—such as a battery or an LED—in brightly colored felt.

An electrical current flows between snaps via the conductive thread to let the battery component light the LED. Wearers can rearrange pieces to create different circuits, such as allowing a push button to control LEDs. In this way, says Lalwani, “the child becomes a microcontroller.” Want to make your own? Find step-by-step instructions here.

This article was originally published in the July/August 2016 issue of Popular Science, under the title “Become a Human Circuit Board.”