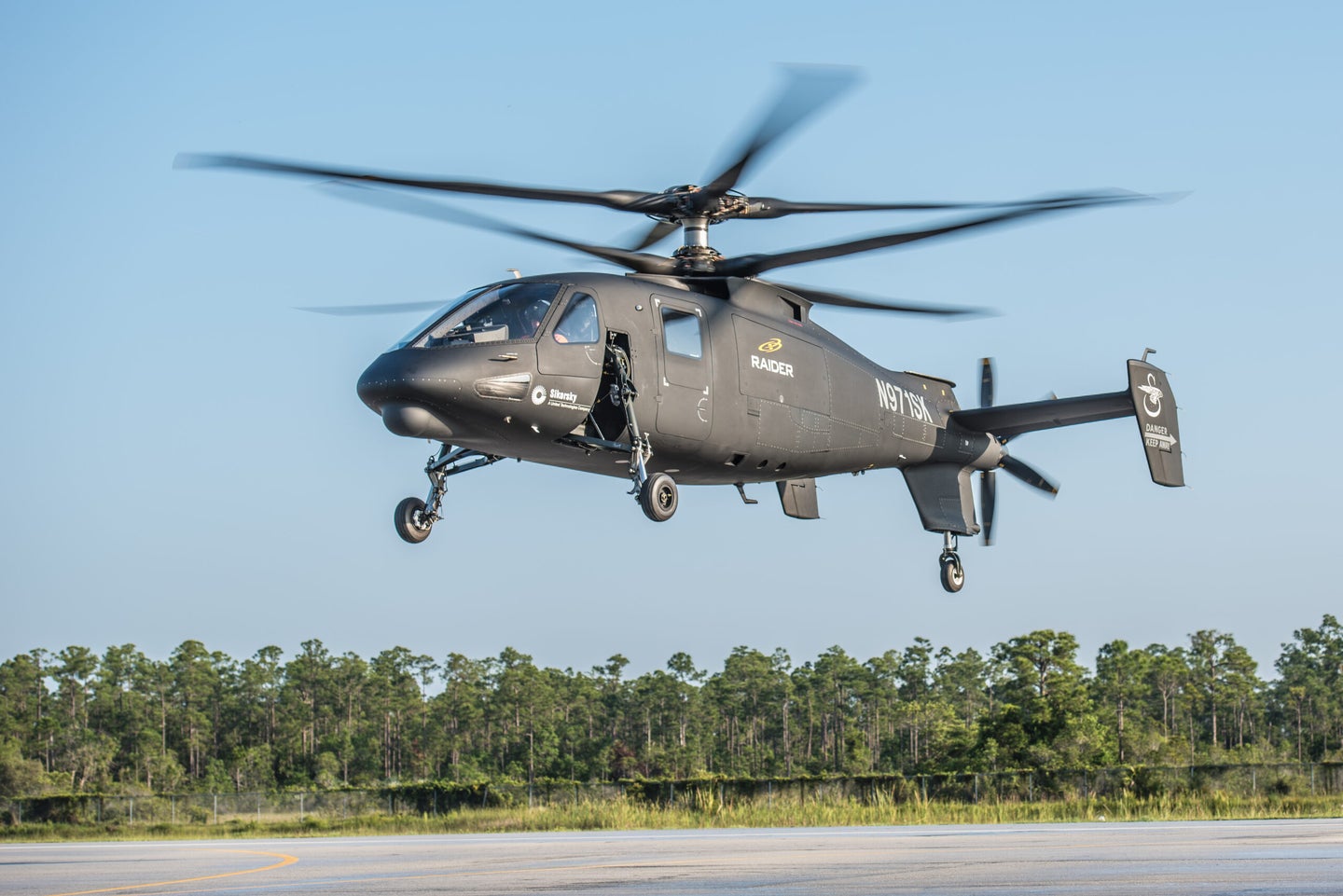 Early this morning in West Palm Beach, Florida, a brand-new helicopter took its first flight. Made by Sikorsky, the S-97 Raider is designed as a future attack and fast transport copter for the American military, with a top speed of up to 276 mph thanks to a pusher-propeller in the rear and rigid rotors. If all goes well, it will achieve that speed in tests later this year. Today, however, the Raider’s speed topped out at 10 knots–or about 12 mph.

In its hour long flight, the Raider ran through a checklist of 97 elements, and it flew as fast forward as it did left, right, and backward. Over the phone, Sikorsky Innovations Vice President Chris Van Buiten, told Popular Science that the “the aircraft we flew today is capable of flying 220 knots with weapons, which is essentially 100 knots faster than anything else that’s out there.” As the Army and the Navy look to replace their aging fleet of helicopters, Sikorsky hopes the Raider will fit the bill.

Pilot Bill Fell noted that in flight the Raider “responded exactly like the simulation” practice program, further stating, “[The Raider] doesn’t have the standard lag of an articulated system, so it responds almost instantly. A very crisp fighter-like feel to it.” That’s impressive for a flight at such low speeds. Future tests of the Raider will see it at altitudes of up to 10,000, speeds of over 250 mph, and attempting, according to Van Buiten, “High-G” maneuvers, so the fighter comparison may be quite apt.

That suits the Raiders planned attack role quite nicely. Contrasting with the existing MH­-6M Little Bird helicopter, which tops out at about 90 mph while carrying six troops on rails outside of the vehicle, the Raider is “capable of carrying six 320-pound troops, taking them out of the wind” and transporting them more comfortably and at twice the speed of the helicopter they aim to replace.

Watch a video of that flight, edited by Sikorksy, below: