How to record a phone call 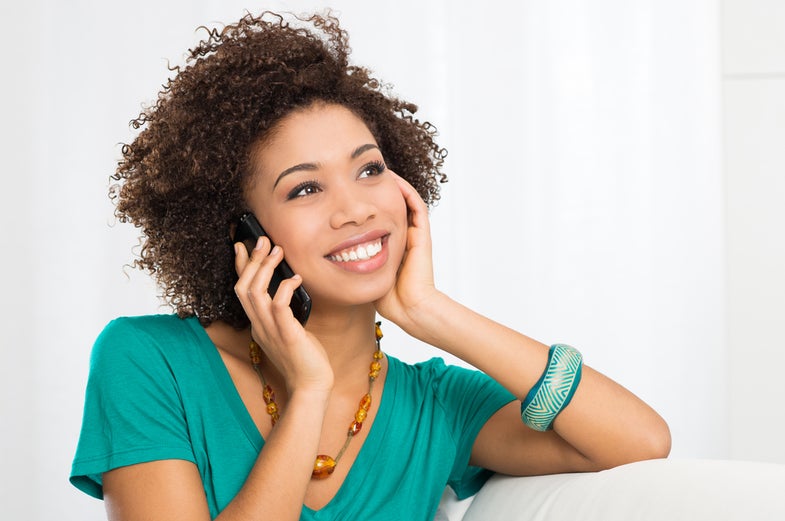 When you’re conducting an important interview or watching your friend’s reaction to some news, you might want to keep a record of that conversation for posterity. Luckily, some of the most popular calling apps, including Skype and FaceTime, let you save audio and video.

Before you click record though, make sure to check the laws in your part of the world. In the U.S., many states impose a two-party consent rule. That means that both participants in the conversation must agree to record it. As of print time, those states are California, Connecticut, Florida, Hawaii, Illinois, Maryland, Massachusetts, Montana, Nevada, New Hampshire, Pennsylvania, and Washington.

Other states have less-restrictive one-party consent laws: As long as one person in the conversation, i.e. you, consents to save the chat, that person doesn’t need to ask for permission. However, the recorder does need to be part of the conversation—no secret recording of a talk between two other people.

We’re going to play favorites: The best way to record your video and audio calls is through Skype. The app recently added a feature that makes this process extremely easy, and you can use it seamlessly whether you’re on your computer or your phone.

Launch Skype, tap or click the Plus button on the bottom right, and choose Start recording. All the individuals in the conversation will receive a notification about the recording. If you want to stop saving but continue chatting, hit Stop recording at the top. If you save a video chat, the record will include everything that showed up on screen, including shared views of the computer desktop. For audio-only calls, you’ll get an audio-only record.

When you decide to check on your past conversations, you can access the audio or video by logging into your account with your Skype ID. You’ll find the call in your chat archive, where you can replay it. These recordings only stay in the cloud for 30 days, so if you want to keep a permanent copy, make sure to save it to your computer’s local drive. To store it permanently on your device, click More options (within the computer app) or tap and hold on the recording (if you’re on your phone), and then select the Save option.

When you decide to record a FaceTime call, your best bet is to use the app on a Mac computer that has video player QuickTime installed. On a phone, your options are more limited because Apple has locked down iOS to prevent third-party recordings: The system’s built-in screen-capture tool disables audio recording while you’re using FaceTime, presumably for privacy reasons. That’s not to say you can’t record from your iPhone…but you’ll need to plug it into a computer first.

If you opt to chat on your macOS computer, prepare to record by launching QuickTime, and choosing File > New Screen Recording. Click the arrow next to the red record button and select Internal Microphone. Next, fire up FaceTime and position its window where you want it to appear on screen. Go back to the QuickTime panel and click the red record button. Then click once to record the full screen or click and drag a window around the FaceTime interface to save a more limited view. When you’re ready to go, click Start Recording, and QuickTime will save everything that happens on screen until you click the stop button (a square inside a circle) on the menu bar.

If you’re determined to use your iPhone, you can still record a FaceTime conversation. First, grab a USB cable and plug the phone into your Mac computer. Then open QuickTime in macOS and select File > New Movie Recording. Click the downward-pointing arrow next to the red record button and select your iPhone screen as the movie source.

What if you don’t have a Mac? In this case, you have to follow a slightly more convoluted process. One option is to cast your iPhone screen to a Windows machine with an app like AirPlay receiver LonelyScreen ($15 per year). Once you set up this program on your computer, you can pick up your iPhone, head to the Control Center, and tap the Screen Mirroring button. This will throw your phone screen to your computer screen, where you can record the video or audio with a Windows screen-capture tool like the apps described in the next section.

As mentioned previously, iPhone users will need a computer to record their FaceTime calls. On a Mac, they can connect the two devices with a cable and then use QuickTime; on a PC, they can mirror the screen on Windows and then run a screen-capture program on the computer. In fact, if you’re mirroring the screen with LonelyScreen, you don’t need to stick to FaceTime: You can also record your conversations from any other iOS calling app. And of course, screen capture will also let you save calls that you make on your computer through a Windows app.

With a wide range of screen-recording programs available for Windows, we’ve selected two good options. Many streaming gamers favor OBS Studio, available for Windows and macOS, and it can record video or audio calls just as easily as games. Mirror your phone to your desktop, fire up the program, and then look under Sources for the Plus button, which lets you choose what you want to record. Select either an app window or the whole screen, and then hit Start Recording.

For a slightly simpler, option, try TinyTake, also for PCs and Macs alike. It’s an absolute breeze to use—just click the Video icon followed by Capture Video. The only downside is that you need to pay for a $30/year subscription if you want to make recordings more than five minutes in length.

On Android, you can download apps that record screen activity and save regular audio calls, two activities that iPhones block. Although this operating system is more recording-friendly than iOS, many of its apps fail to make the process as cheap and easy as Skype and FaceTime do. For example, Google Hangouts does include a call-recording feature…but only for the Business Edition of G Suite, which costs $10 per user per month. Still, you can find some decent third-party options.

If you’re chatting within a video-calling app, our favorite recording options are AZ Screen Recorder and DU Recorder. These free apps offer quick access to the tools you need—simply hit a “record” button and then fire up your calling app. Both programs also include settings that let you adjust the video resolution and frame rate. So if running one of these apps slows down your Android device, you can dial down the resolution to relieve the strain on the system.

When it comes to standard audio-only phone calls, we’d recommend Automatic Call Recorder or Call Recorder ACR. Both are free and will save your audio with a minimum of fuss. In addition to launching them manually, you can set them to automatically record every call you make or receive.

However, don’t get too used to recording calls—starting with Android 9 Pie, your phone will block apps like these, so you’ll only be able to use them on older versions of the operating system. At that point, you might have to resort to the old-school method of playing calls on speaker next to a microphone. Or, if you want the simplest solution possible, make all your friends and colleagues start using Skype.