Get your phone’s AI assistant to actually assist you

It does much more than answering trivia questions. 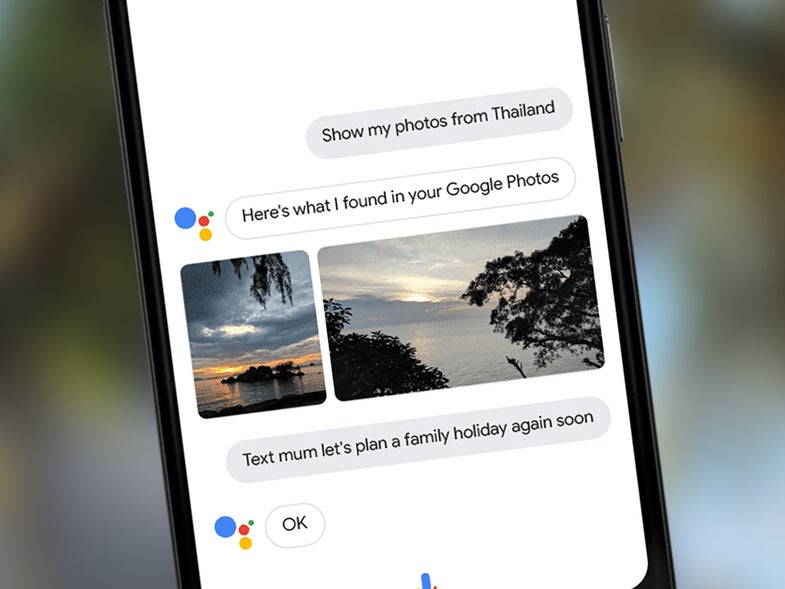 Your smartphone’s artificially intelligent assistant can provide almost any fact on demand, from the capital of France to the number of bananas in a loaf of banana bread. But this app does much more than answer random trivia questions. It can also organize your life, adjust your phone’s settings, control smart gadgets, play music, and more.

This guide will focus on how to use these features with Siri on iOS and Google Assistant on Android. Other AI assistants—such as Bixby for Samsung phones and Microsoft’s Cortana for iOS and Android—offer similar abilities, so many of these instructions will also apply to them. However, this guide won’t help you as much with the mobile version of Alexa. Although Amazon has Alexa apps for iOS and Android, you’ll need a smart speaker to take full advantage of its capabilities.

If you had a real-life personal assistant, he could help you stay on task by reminding you about the tasks you need to do and keeping you on schedule. A mobile AI does the same thing by making it much easier to set reminders, alarms and timers.

To make sure you don’t forget an item on your to-do list, have your AI assistant remind you about it. Tell your phone, “Remind me to…” or “Set a reminder for…” to create the note. Then decide whether you’d like to receive the reminder at a specific date and time, or when you travel to a specific location. Either specify this trigger in your original command, or wait for Siri or Google Assistant to prompt you for this information. For example, you could say, “Remind me to buy flowers at 7am tomorrow,” or “Remind me to buy flowers when I’m at the grocery store.”

For a less specific nudge, you can set an alarm without bothering to delve into your phone’s clock app. Say to Siri or Google Assistant, “Set an alarm for…” followed by a time and optionally a date or day of the week.

On an alarm-related note, your AI also excels at quickly setting touch-free timers. So if you’re cooking and don’t want to smudge your greasy fingerprints all over your phone or oven, then tell your assistant, “Set a timer for…” any number of minutes, hours, or even days.

Sure, you could spend precious time sifting through your phone’s menus to adjust that one little setting. Or you could save time and effort by having your AI buddy do it for you.

For example, a voice order can immediately and easily adjust your network connections. Simply tell Siri or Google Assistant, “Turn on Bluetooth,” “Turn off Wi-Fi,” or vice versa.

You can use a “Turn on Airplane Mode” command to cut off all phone communication—but be aware that this will prevent Siri and Google Assistant from working, so when you’re ready to switch off Airplane Mode, you’ll have to do it manually. To avoid interruptions in a less restrictive way, activate Do Not Disturb mode, which mutes all incoming notifications, by saying “Turn on (or off) Do Not Disturb.”

If you’re running low on battery, try telling Siri, “Turn on low power mode,” or commanding Google Assistant, “Turn on battery saver.” This will make your phone minimize the amount of power it guzzles. Another useful command is “change wallpaper,” which takes you straight to the relevant screen on your handset.

These aren’t your only options for tinkering with your phone’s appearance and behavior. You can also jump straight to specific settings pages with handy commands like “Change wallpaper.”

To quickly launch an app without navigating through multiple rows of icons, have your assistant do it. Just say, “Open…” followed by the name of the app you want.

Voice commands can also perform simple in-app actions, although this only applies to certain programs. For instance, your assistant can search video or map apps if you say something like, “Show cat videos on YouTube,” or “Show directions to San Francisco.” You can also search for new apps to buy by stating, “Open the App Store” on iOS or “Open the Play Store” on Android. Within the store, iOS has an extra trick: Say “Show me productivity apps” or “Show me entertainment apps” to jump straight to any given category.

Speaking of the camera, both Siri and Google Assistant can pull up your photos from, respectively, the Photos app on iOS or the Google Photos app on Android. Both apps let you search for specific people or places within your albums. Your assistant will reward specificity. For example, try asking, “Show me my photos from New York” or “Show me my photos of Mom,” replacing the search terms with whatever places or people you actually want to find.

However, the assistant doesn’t automatically know what your friends and family look like, so you’ll have to do a little prep work before you successfully search for specific people. Take some time to hop through a few albums tagging people. Once it connects a name to an image, the AI will be able to spot the same face in other photos. To tackle this task in Photos on iOS, go to Albums > People; in Google Photos on Android, tap the search bar to see and confirm suggested faces.

Beyond people and places, you can search your pictures for objects and types of scenes, such as like sunsets. Google Assistant can even look for colors. Just make sure that you say, “Show me my photos of [search term].” Otherwise, the assistant will expand its search radius to include the web, and you’ll get many more results than you were expecting.

Although we’ve already discussed app-related voice commands, we’re giving audio apps their own section because you can issue more specific orders about what you want to hear. Tell your AI assistant, “Play music by…” followed by an artist, album, song, playlist, or musical genre. Then the assistant will launch your request in a specific music app: Music for iOS and Google Play Music for Android.

Both of these default apps have different versions, one for free and one subscription-only. As a result, if you don’t pay fees for your app, you’ll find your selection limited to songs you already own. Alternatively, Android users who are also Spotify premium subscribers have another option—add “on Spotify” to the end of your command to play your requested selection through that app instead of the default one. Sadly, this trick doesn’t work on iOS.

Once the music starts, you can also navigate through various songs. Try voice commands like “next song” or “previous song,” or adjust the volume as we discussed previously.

Reach out to contacts

Pretend you have a real-life assistant by telling the digital one to “call,” “text,” or “email” one of your contacts. If the AI can’t tell which contact you mean, it will provide a list of potential friends for you to choose from.

If you opt to call, the phone will dial immediately, but for texts, you must either dictate or type the message before the AI can send it. In fact, you can include the script of your SMS in your original command. For example, something like “Tell dad I’m going to be five minutes late” will add that text to your latest conversation with your father.

The email voice command works similarly to the SMS one. Once you say to email so-and-so, a new message will pop up in the default email app, allowing you to voice or type the actual words of your message.

Once you’ve set up your smart home, you can issue commands like “Turn off the lights,” “Turn down the temperature,” and “Play some music on my TV,” although that last one requires a Chromecast. In fact, there are too many potential orders to list here, so tailor your instructions to the specific products you’ve installed. And be aware that the apps for your smart devices, such as a Philips Hue light or a Nest video doorbell, can exert more control than voice orders.

In addition to these granular commands, you can combine several actions into a single instruction. For example, when you say “bedtime,” a combination of smart devices might cool down the house and turn off the lights so you can go right to sleep. Siri refers to these sequences as scenes, while Google Assistant calls them routines.

Stay up to date on current events—without having to trawl the internet yourself. A simple “What’s the news?” command will tell your AI assistant to pull up the latest headlines. You can also get more specific by asking, “What’s the news on…” followed by a topic (like “hurricanes“), a category (like “technology“), or a geographic area.

If you prefer sports news, then your AI assistant can tell you the latest results. Ask about the score for any recent or ongoing match out loud, rather than searching through the web or scrolling through a sports app.

In addition to articles, your AI assistant can play short news podcasts for you. Try saying, “Tell me the news from…” followed by the name of a news outlet like NPR, CNN, ESPN, Bloomberg, or the Washington Post. All of these publications offer brief audio summaries of the latest news. You can experiment to see which ones you like best.