For six straight years, the two-story, single-family house in Campbell Creek, Tennessee pretended to be occupied by humans. The bathroom... 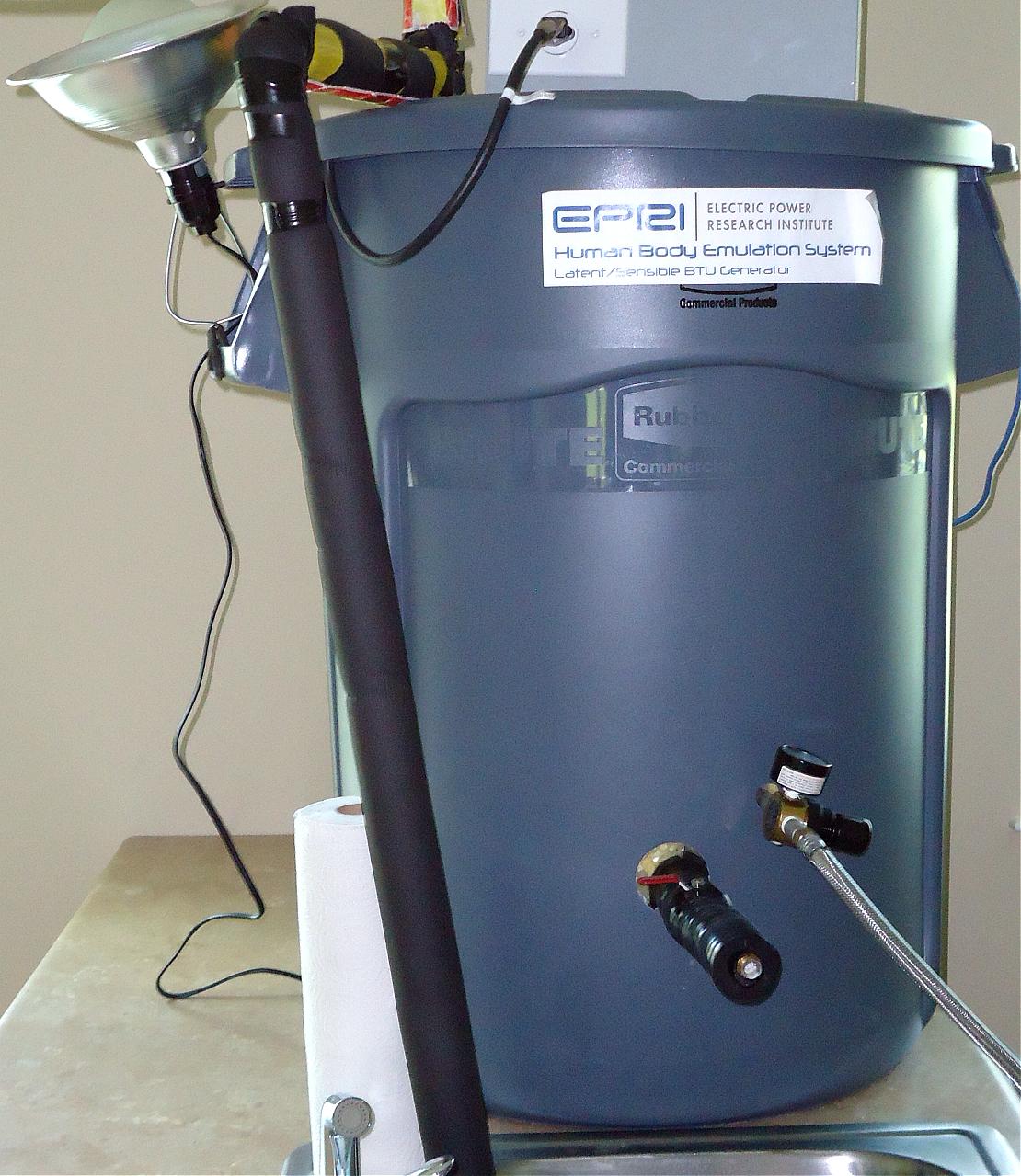 For six straight years, the two-story, single-family house in Campbell Creek, Tennessee pretended to be occupied by humans. The bathroom light would click on in the morning. The shower would turn on, spraying an empty bathtub. No one lived in the house, but still the fridge would open and shut over the course of the day, and, every so often, the washer and dryer would starting rumble to life. TVs droned at empty rooms. At night the lights would come on throughout the home, waiting for a preset amount of time before shutting back down.

A total of three homes on the same suburban street were haunted by automated systems from 2009 through 2014. The goal of this collaboration between the Tennessee Valley Authority (TVA), the Electric Power Research Institute and Oak Ridge National Laboratories (ORNL) was to analyze the real-world impact of energy efficient construction and appliances. So the fridges, water heaters, washing machines, insulation and other features varied across the different homes.

The easy approach to testing those features might have been to recruit three families in the same neighborhood, and offered to outfit their homes from least to most energy efficient. Then, the project’s team could compare the difference in their utility bills and resource usage over the course of the next six years. But the resulting data would have been corrupted by human factors—one family’s preference for slightly higher indoor temperatures, or the total occupancy of the different homes changing, as kids go to college or an aging parent moves in. In this rigidly controlled study of human behavior, humans were the weak link.

So the project’s planners pulled people out the equation, and went instead with whole-home automation. “The reason for the robotics was that, to have an apples to apples comparison of performance data across the houses, you wanted the occupant effect on energy use to be identical,” says Patrick Hughes, director of the Building Technologies Research and Integration Center at ORNL. All of the homes’ behaviors, from the timing of the fridge doors opening to the length of time the showers ran and the TVs were left on, were based on data profiles of the average American. Which means that the three robohouses operated in perfect unison. Though the model of refrigerator varied, the robotic arms that opened them were identical, and on the same schedule. And since no robot is capable of reliably transferring clothes from washers to dryers, a matching volume of towels were left in all of the machines, with a mister installed in the dryers, that would add the appropriate amount of moisture before each cycle began.

Though the term “creepy” is applied far too often to all things robotic, it certainly applies here. Like a real world adaptation of Ray Bradbury’s short story, “There Will Come Soft Rains,” the Campbell Creek homes mindlessly carried out their duties for years. But maybe the most disturbing and impressive aspect of this physical simulation of human presence was its Human Body Emulation Systems. These human emulators would emit a precise amount of heat and humidity per day, replicating what an average American family radiates. As you can see in the photo up top, the actual emulators aren’t as gloriously weird or grotesque as you might imagine—they’re sealed, water-filled garbage cans, basically, jury-rigged to share their heated contents over a preset amount of time.

Likewise, while the fridges didn’t contain food, they held large containers filled with water, to simulate the thermal mass and humidity of an appropriately stocked refrigerator. This obsession with accurate levels of ambient moisture and seemingly minor sources of heat and cold is what differentiates the Campbell Creek project from a more general study, conducted by flesh and blood participants. When you can control exactly how much simulated sweat, breath and body heat is trickling into the environment, there’s no need to apply a margin of error to your resulting conclusions. “While we don’t have humans in the home, we do have a better representation—a more consistent representation—of humans,” says Roderick Jackson, an ORNL researcher and program manager for the Campbell Creek project. Again, these house are pretending in perfect unison, with no variation. It’s a rare case of robotic systems—or automated systems, to be more accurate—being preferable to the humans they’re emulating.

ORNL is currently summarizing its full results and recommendations from the extended project, which ended this past October. There aren’t likely to be many surprises, since the main purpose was to provide extensive and exacting data on the advantages of upgrading your home’s energy efficiency. Some of that information might be compelling, such as the cascading benefits of combining high-efficiency washers and water heaters. That lesson is part of the useful takeaway from this project. But the most exciting part? The Campbell Creek project’s homes are reportedly back on the market. Whether they know it or not, three lucky families are about to move into the most haunted houses in the history of robotics.