Don't fry this at home 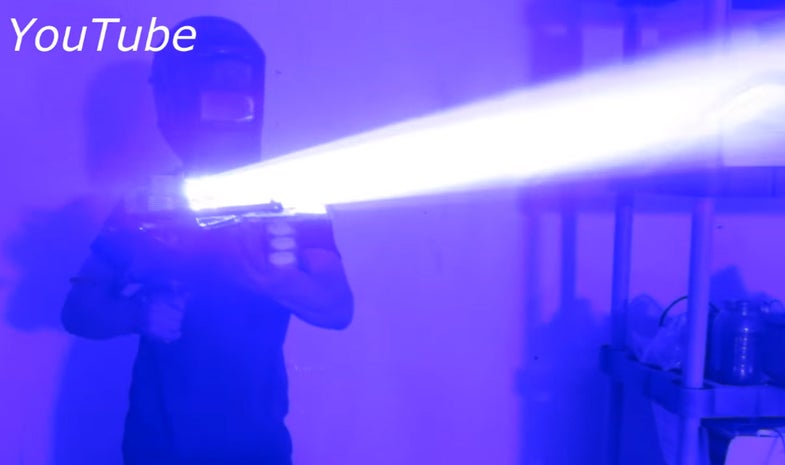 Check out how it lights up a whole room.

When focused on a board, it’s hot enough to start burning wood.

Two hundred watts is a lot for a civilian laser. Anthony opens his video noting that 0.5 watts is the maximum allowed for laser pointers so they don’t damage eyes, and he wears protective mask and eyewear when wielding the laser bazooka so he doesn’t inadvertently blind himself. The laser quickly pops balloons, ignites gunpowder, and burns a cardboard box.

It is, however, nowhere near the 30 kilowatt laser the U.S. Navy already uses, or the power of the 150 kilowatt laser the Navy plans to test soon. Those naval lasers are built to burn through drones and missiles. If the laser bazooka wants to live up to its tank-slaying namesake and punch through armor, it will need to be even more powerful still.