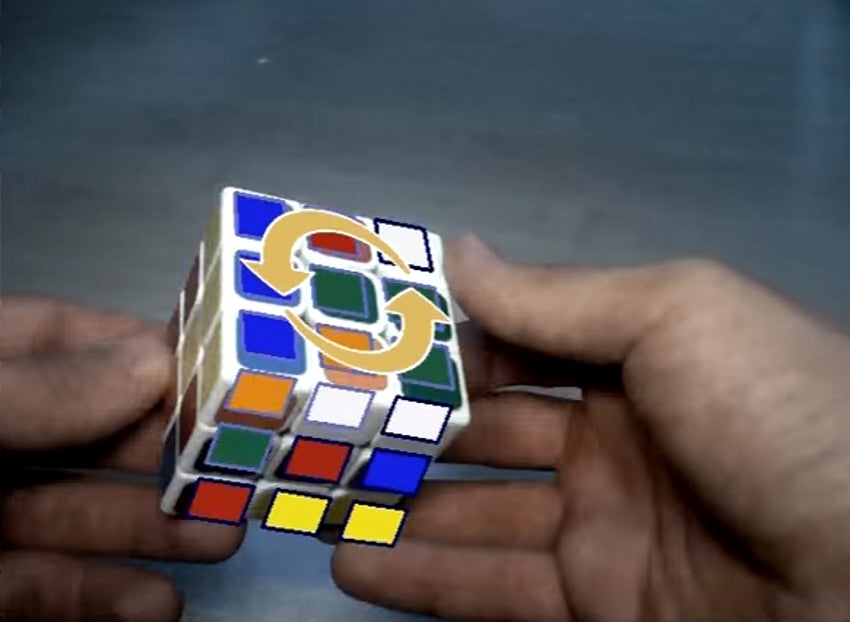 Physical puzzles don’t come with cheat codes. The Rubik’s cube has vexed amateurs since its invention in 1974. There’s a method to the puzzle, but to solve it, people need a grasp of the cube’s mechanics and a good memory of its ever-changing faces. Or at least, they did, until Martin Španěl’s master cubes augmented reality thesis did all the work.

First, it scans the faces of the cube.

Then, it tells the user exactly which faces to change and which way to change them to solve it.

Španěl made “Mistr kostky”, Czech for “master cubes,” as his bachelor thesis project while at Charles University in Prague. Here’s how he describes the method:

Neat! Watch it in action below: