The Navy’s death ray weapon keeps burning through laser records, on its way to the ultimate goal of searing through... 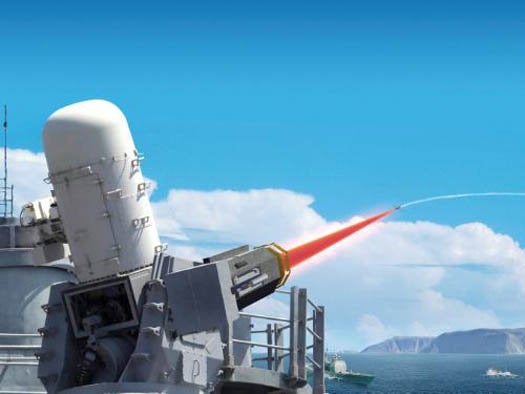 The Navy’s death ray weapon keeps burning through laser records, on its way to the ultimate goal of searing through 2,000 feet of steel per second.

The FEL will be a multiple-wavelength weapon that can be altered to account for all the variables it would encounter at sea, like aerosols and moisture in the air. The laser doesn’t use any crystals or inverted prisms or any other materials to focus its light — it works like a particle accelerator, moving electrons around a racetrack to speed them up.

To make it more powerful, you would add more electrons, and the electron injector takes care of that. The latest achievement proves that lots and lots of electrons can be injected over a long period of time, meaning it’s possible to make the laser much more powerful.

It currently produces a 14-kilowatt beam, and it needs to reach 100 kW to become a viable defense weapon. The ultimate goal is a 1-MW laser.

In December, ONR researchers said they proved their injection system is capable of producing the necessary electrons to fuel a megawatt-class laser beam, and they’re months ahead of schedule.