The Bloodhound SSC is a fighter jet on wheels 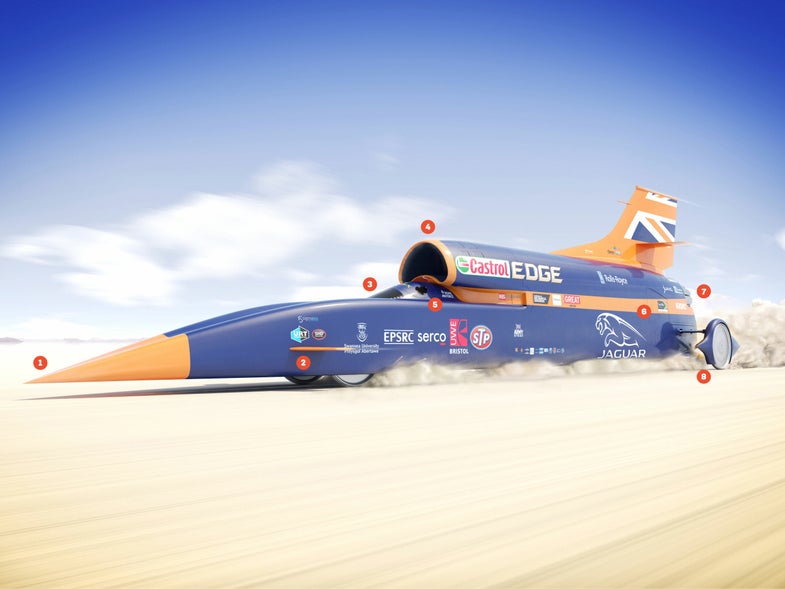 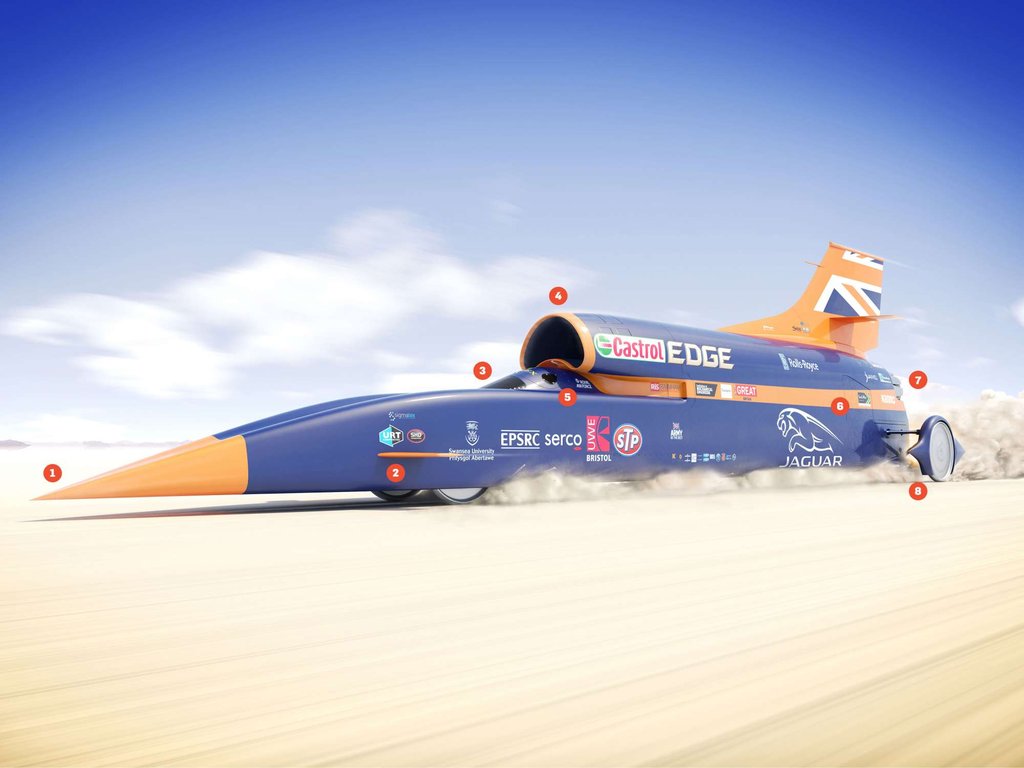 Mouse over the image to see what the Bloodhound can do.

When the Bloodhound SSC screams 12 miles across a South African lake bed next year, it will aim to shatter the current land-speed record of 763 mph. At that pace, it would cross nearly three soccer fields in a second.

The jet-and-rocket-powered car has been in development for about a decade and packs 135,000 tons of horsepower. “We just put the car on wheels for the first time,” says Mark Chapman, the Bloodhound’s chief engineer. “It is going to make lots of noise, and it’s definitely going to get a record.”

“If we didn’t have airbrake doors to create the drag, it would drive straight into Namibia.”

This article appears in the November 2015 issue of Popular Science under the title “A Fighter Jet on Wheels.”