Today Should Henceforth Be Known As Thales Day

What better way to celebrate the 2,600th anniversary of science? Thousands of Chicagoans are taking to the streets this week to celebrate the 2,600th anniversary of science. 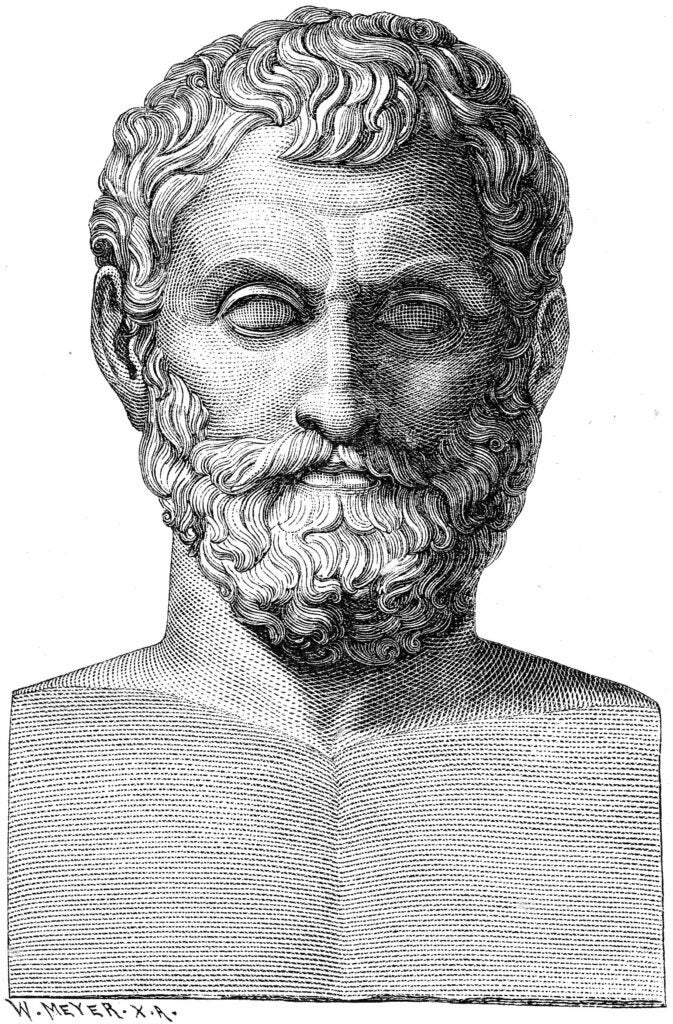 Thales of Miletus, “Father Of Science”

Obviously it’s pretty hard to pin down the exact date when science got its start. But the Chicago Science Fest organizers are giving the honors to May 28, because on this day in 585 B.C., a Greek philosopher named Thales of Miletus is said to have accurately predicted a solar eclipse.

“We’re taking this date, in a somewhat tongue-in-cheek way, to celebrate the birth of science,” explains Monica Metlzer from the Illinois Science Council, which is hosting the festival.

Herodotus writes that at the time of the eclipse, two kings were engaged in a battle for revenge. Hunters had killed the son of King Cyaxares of Medes, and afterwards fled to Lydia. King Alyattes of Lydia refused to return the hunters. War broke out, and raged on for five years.

Astronomers can calculate the dates of historical eclipses, so they’ve pegged the day to May 28, 585 B.C.

How Thales predicted the event, or whether that part of the legend is even true, is not clear. But he was something of a math whiz. He’s credited with discovering five geometric theorems, and is said to have used geometry to measure the Egyptian Pyramids. So maybe he used math to calculate the time of the eclipse, or he got really lucky.

However exaggerated the eclipse story, Thales attempted explained the world around him in terms of natural causes, instead of blaming monsters or angry gods. Surely that’s worth having a day named after him … or at least eating a slice of cake, right?

Oof. Sadly, Science won’t get a birthday cake this year because, as the Illinois Council of Science notes, the fire department won’t let them light 2,600 candles.