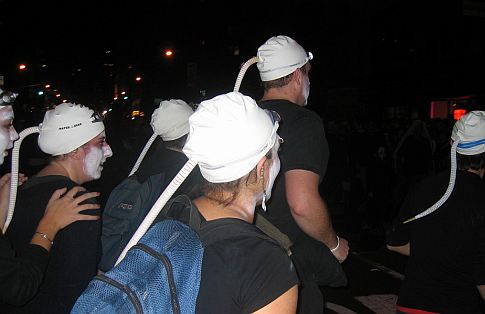 Our sperm and eggs give us one of the greatest responsibilities on the planet: the potential to generate new life, to put forth onto the Earth another living, breathing, thinking, feeling being. Or, they can be sold for a buck.

The business of science-aided conception leads to some intriguing legal issues. Our news search unearthed reports on lost embryos, secret sperm switcheroos, and at least one case of a man claiming the regrettable placement of a security camera in his sperm donation room.

But nothing shows the current position of sperm as a tradable commodity like a judge’s decision earlier this month that a girl could sue the sperm bank that helped create her under product liability laws.

The girl’s lawyer explained to the press that, under New York law, he doesn’t have to prove that the sperm bank was negligent, just that the “product” was harmful. Just like faulty brakes or a malfunctioning power tool.

Even with maximal care while screening sperm donors, there’s always a chance that the one lucky sperm that won the race to the egg acquired some random mutation when it was produced back in the testes. A mom and dad with perfectly healthy X chromosomes can make a baby with fragile X the old-fashioned way, so is there any reason to expect sperm donation to be different?

I turn it over to you, PopSci readers. The laws that exempt blood transfusions and other tissues from product liability laws vary from state to state. Should laws protect sperm banks and egg donation clinics from product liability? Or is there something inherently wrong with expecting Mother Nature to perform with the perfection of a machine?