Obesity Caused by Eating Too Much 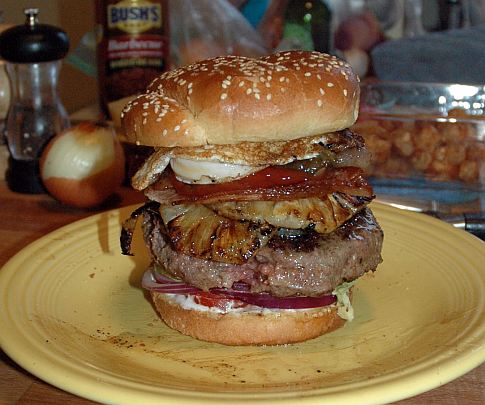 Overeating makes you overweight. I’ll pause for a moment to let this mind-blowing scientific finding sink in.

In the annals of Science Confirms the Obvious, there’s rarely a zinger like this one. And it’s no surprise that the media’s had a field day, churning out Onion-esque headlines like, well, the one above.

According to the research presented at last week’s European Congress of Obesity, our meteoric weight gain of 19 pounds per adult capita between the 1970s and today is due only to increased caloric intake. Americans, it turns out, are no lazier than we were (in fact, we may be even more physically fit now than then).

As the lead researcher, Boyd Swinburn of Australia’s Deakin University, put it: “the weight gain in the American population seems to be virtually all explained by eating more calories. It appears that changes in physical activity played a minimal role.”

To figure out the winner in glutton vs. sloth, the team developed a simple equation with somewhat complex components. First, they measured the energy expenditure of 1,399 adults and 963 children to determine how many calories we need (presumably, not taking into account their desperate “need” for a caffeinated Butterfinger). Then, they culled data from decades’ worth of food supply data to figure out how many calories we consumed in the 1970s and how many we choke down nowadays. If we consumed the same number of calories now as back in the day, our weight gain would have to be pinned on changes in physical activity (or, um, anything from changes in environment to food pricing; something the study seemed loath to take into account). Since we do consume more calories, however, it’s pretty clear that food is the cause of our weight gain. Or, at the very least, that there is a correlation between the two.

Like most SCtO studies, it’s worth taking the findings with a grain of salt. When I asked Swinburn whether it was possible that changes in the substance of diet (consuming more highly-processed foods, for instance), or external environmental factors could be blamed, he agreed that while “the most proximal cause is related to the energy we eat and/or the exercise we do…the causes of the causes are then much more complex and include the things you mention.” Still, whether there’s more at play (doubtless there is), is basically a moot point — the study may be obvious but the lesson’s worth the pounding in. Cut back on this!