Ships often rely on copper-based antifouling paints to stave off barnacles. A new study demonstrates how a silicone alternative can be both more effective and greener. 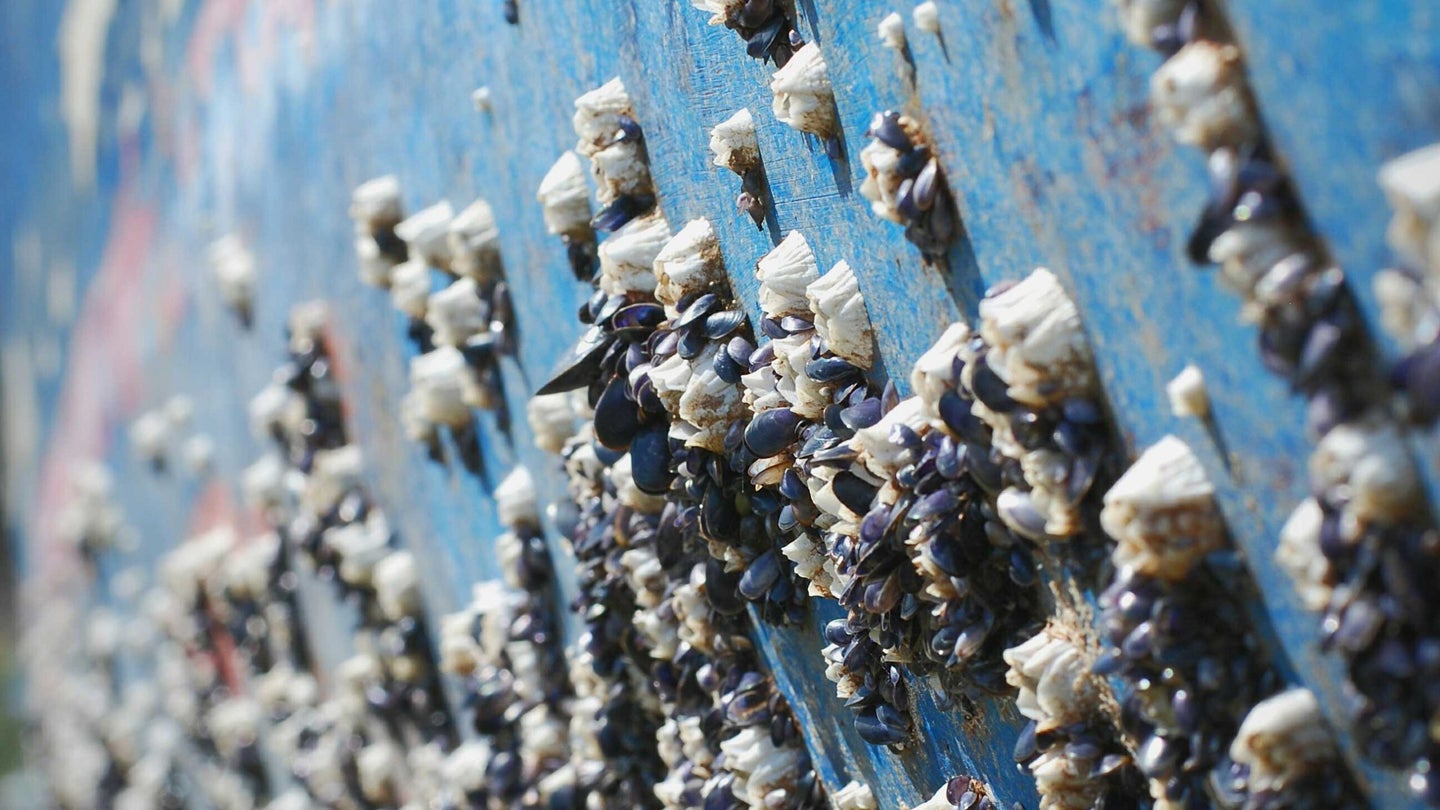 Both cargo ships and luxury yachts are vulnerable to the buildup of algae, barnacles, and various other marine organisms as they journey through the world’s waters. The aquatic hitchhikers aren’t simply an eyesore—barnacles can compromise boats’ integrity, as well as drastically slow them down due to drag resistance. To combat this, manufacturers have long turned to toxic, copper-based “antifouling” paints to protect the hulls of large vessels, which discourages organisms from growing on the surfaces, and often eventually kills those that do manage to attach themselves.

Unfortunately, the biocides within these paints are the cause of frequent concern from environmentalists, as they remain within water systems for decades while harming local ecosystems by poisoning species and their environment. Recently, scientists showcased how an existing alternative to popular copper-based antifouling agents is not only potentially better for the environment, but also appears to be more effective.

In a collaborative study published in the Marine Pollution Bulletin, researchers tested biocide-free, silicone-based coatings alongside more traditional copper-based paint at three Baltic Sea region sites, only to find that the silicone kept surfaces cleaner for a longer period of time than its toxic forebears.

“We actually left our test panels at one of the test sites. These have now been under the surface for over two years. We can see that the silicone paint still works well and, more importantly, works better than the copper paint,” Maria Lagerström, a researcher in marine environmental science at Chalmers University, said in a public statement.

According to the researchers, an estimated 40 percent of copper inputs within the Baltic Sea originate in antifouling paints. “As the Baltic Sea is an inland sea, it takes 25–30 years for the water to be exchanged. This means that the heavy metal remains for a very long time,” Lagerström adds. “It is therefore important to be aware of the substances we release.”

Unlike biocidal paints, silicone coating options rely on their smooth surface properties instead of toxic chemicals that are harmful to marine life. Silicone coats are simply too slick for most barnacles and algae to develop—not only that, but whatever life manages to form on hulls eventually fall off as ships travel through water.

Although silicone alternatives have been available for years, the maritime vessel industry has been slow to adopt the paint over biocidal copper standards. As Chalmers University reports, as of 2014, silicone coatings only comprised about 10 percent of the market share for shipping vessels, with recreational boating employing them even less. “Both the shipbuilding industry and the leisure boating sector have one thing in common: they are highly traditional. People like to use the products they are used to, and they are also skeptical as to whether non-toxic alternative solutions really work,” says Lagerström.

The newest research makes clear that, while silicone appears far less toxic than biocidal copper-based paints, they may still be harmful in other ways. The study’s conclusion cites the high variability in currently available silicone coating products coupled with their comparative lack of regulatory oversight to biocidal paints as causes for concern. Even without biocides, some silicone variations still show toxic effects from their leachable materials, particularly within the first months following their application. Other silicone fluids, while not necessarily toxic, remain within marine environments for extremely prolonged periods of time, and could thus pose unseen threats. While the research team still maintains silicone coatings’ superiority to provably harmful biocidal copper-based paint, the study urges future research into these potential issues to ensure the creation of the safest possible products.

Transitioning to silicone antifouling coating is a great first step towards healthier sea travels, but far from the only reform needed right now. Additionally, ocean routes require reexamination to better protect endangered animals, alongside the alternations that must come from international climate change regulations. Last year, advocates also pressed for the development of net-zero overseas shipping lanes to cut back on carbon emissions.