Surface changes in the paint-like material can reduce biofilm buildup. 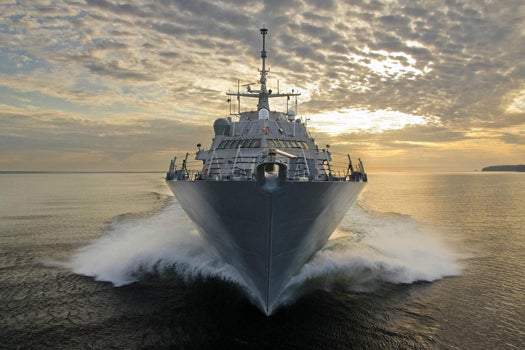 When a horse is dislodging a pesky fly, it twitches a small portion of its skin to shake off the unwelcome visitor. Researchers from Duke University have developed a similar reaction in a paint-like material. The material could be applied to the hulls of ships to detach bacteria, which can in turn attract larger creatures like barnacles if left alone.

As ships move through the water, they pick up microbes that adhere to the surface of their hulls and cling for dear life, creating drag and increasing fuel consumption. The only way to treat this “biofouling” is through the application of harsh chemicals or labor-intensive scraping. Now a new material could remove bacteria from ship’s hulls with a simple twitch.

In response to a stimulus like electricity or the pressure of stretching, microscopic changes in the surface of the material — little wrinkles — dislodge bacteria that builds up. When the electricity is removed, the material goes back to its original flat state. 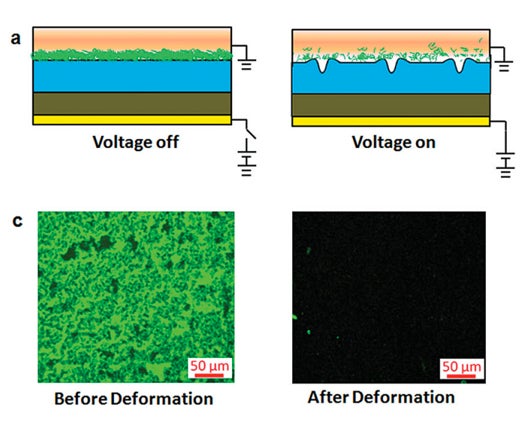 As the authors describe in their study, getting rid of bacteria buildup in an environmentally friendly way is a “holy grail.” Biofilms — the buildup of bacteria — affects maritime shipping, the medical industry, and anything else that deals in submerged or implanted material. Similar material could be used in medical implants like artificial joints to prevent biofilm.

Stopping biofilm at an early stage is particularly important for ships, because keeping down bacteria buildup can also keep seaweed, barnacles and mussels from hitching a ride. Bacteria-killing paints exist, but come with the stipulation that whatever toxic chemicals are killing the bacteria might also be harming other marine organisms.

According to the researchers, the new material can be created using components already common in marine coatings. Barnacles beware.