If you’re an explorer with a small apartment and a car with no roof rack, a kayak that folds up origami-style is an idea worth floating. 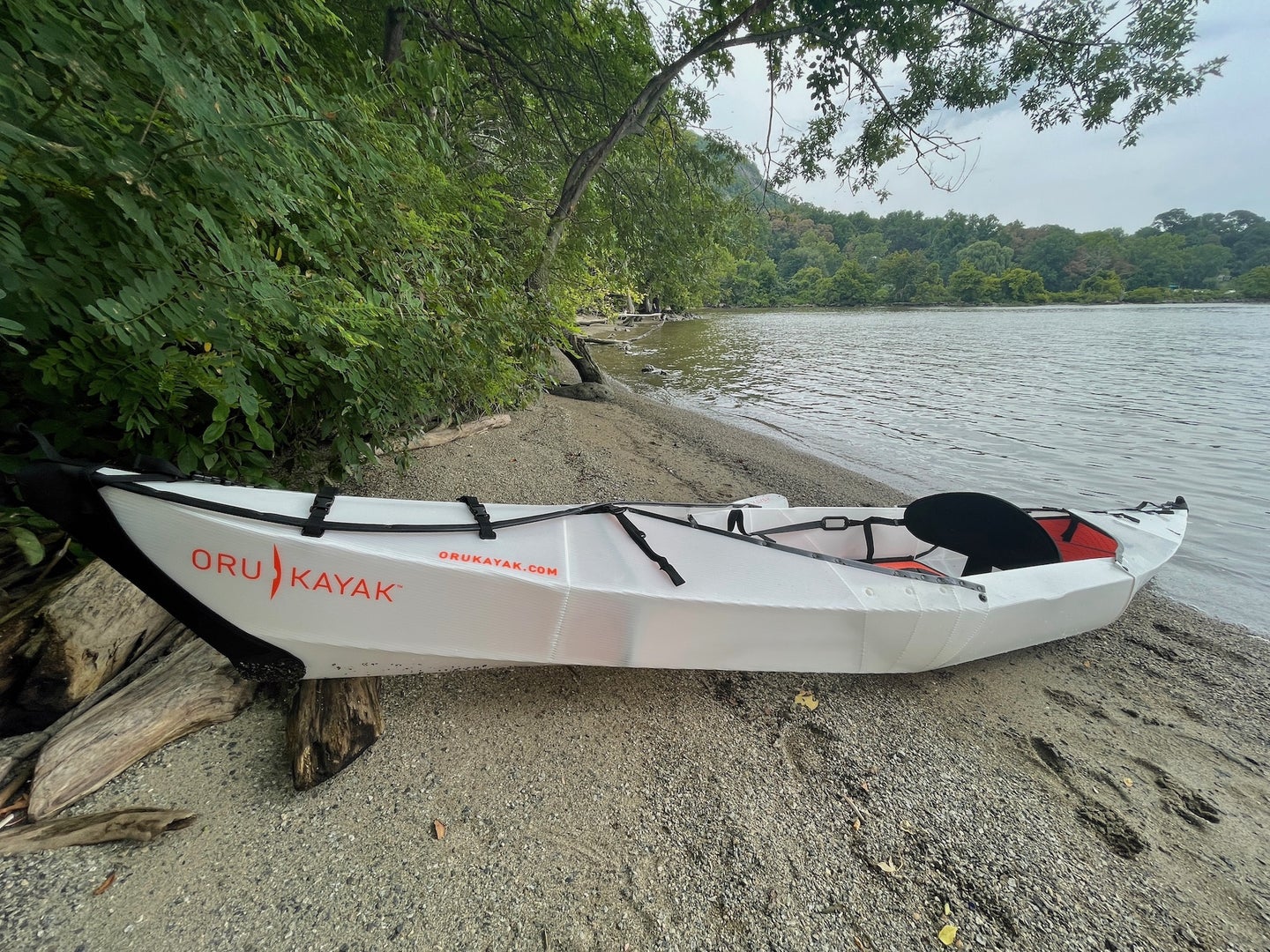 The best part of having access to a small boat like a kayak is being out on the water with it—paddling through small waves just choppy enough to make the excursion feel like an adventure, or cruising across flat water that’s glassy and smooth.

The challenging part is managing the logistics of the kayak when you’re not using it. Do you own a car and roof rack that can transport it? Are you physically able to lift it on top of your vehicle? Can you throw it in a garage for storage?

A company called Oru Kayak aims to solve these problems with a boat that literally folds into a box—the boat actually becomes the box—for storage and transportation.

Anton Willis, who founded the company, says he was inspired to create a folding kayak when he was living in the San Francisco Bay area. While he enjoyed getting out on the water, “at some point, I found myself living in a studio, and I had to put my kayak in storage,” he says. “About the same time I read a magazine article on origami, and on designers, and scientists, and engineers doing amazing things with it—so I just started wondering if you could make a kayak that folded up, and started playing around with pieces of paper.”

The company started shipping folding kayaks in 2013. I recently had the chance to check out their 2021 Beach LT model, which costs about $1,200. Here’s what it was like to assemble it, paddle with it, and then put it away.

It starts with a QR code

When folded up, the kayak takes the form of a large rectangular box that measures 33 inches wide, a foot deep, and 29 inches tall. With a weight of 25 pounds and those dimensions, it’s not the type of object you’d casually pick up and carry with one hand or toss unobtrusively in a corner. Instead, a shoulder strap helps you transport it. It was small enough to store in the hallway of my Manhattan apartment or place in the back of a Subaru Forester—no roof rack needed—but is still an object with a sizable presence.

At the top is an orange segment (later, this piece becomes the floorboard of the cockpit) with a QR code on top. Scan that to access a YouTube video that shows how to assemble, and then disassemble, the boat. Watching this video, and stopping it constantly as you initially construct the kayak, is essential; I first tried building it in my living room and am glad I learned there, and not by the water’s edge.

Assembling the creation works like this: After you remove the shoulder straps and the top orange cover, unclipping buckles on each side allows you to begin unfolding and then creating the kayak. Made out of polypropylene, the vessel is in essence one long, vaguely rectangular piece of plastic that eventually comes together thanks to a series of folds, straps, and buckles. Other elements include a footrest, front and rear bulkheads, a floorboard, and a seat back and cushion.

I found building it to be more work than I wanted it to be, but it’s also the type of task that would no doubt get easier with practice. The process might be aided by instructional words printed directly on the kayak’s components—phrases like “this side towards you,” “this end up,” or “this flap goes over that flap,” for instance, would have helped. I wanted more hand-holding from the kayak itself, and not just the video.

“It gets a lot easier with practice,” says Willis, the company’s chief design officer. And it’s not just your ability to build the kayak that improves, he says. “The boats themselves get easier to put together, because the folds, once they get broken in, are less stiff.”

The learning curve that people face when setting up the boats was something of “a painful lesson for us—since we do it a lot, we tend to underestimate how hard it is for people,” he says.

In short: new buyers will need some time to master the boat’s assembly, a form of friction or frustration that should fade with time and patience.

Later, folding it up offers a genuinely delightful moment, as two large sections travel past each other to make the boat suddenly take on a box shape, in a complex move that feels quite origami-like.

On the water in an Oru kayak

To test it out, I eventually got it assembled on the shore of the Hudson River in Cold Spring, New York. Out on the water, the 12-foot-long boat didn’t feel like the most bombproof, rugged vessel I’d ever paddled, but this model—the Beach LT—is specifically designed for calm aquatic environments. It did just fine. Other models from the company are intended to handle choppier water or surf. Meanwhile, the company’s least expensive model, the Inlet ($899), is also made for still water, but promises to be faster to build and lighter, at 20 pounds.

It was pleasant to be out in the natural world, in a boat that I had just assembled by the shore. Along the Hudson, a long, serpentine freight train worked its way north. We paddled north too, eventually coming to a small beach for a break. Then we paddled back towards the launch point. On that leg of the journey, I hit my stride, cruising quickly over flattish water; the boat began to feel more stable and more in its element.

Back on solid ground, after covering roughly two miles without incident, I folded the kayak back up. I hefted it into the back of our vehicle, where it eventually found its way back to our apartment’s hallway—a trick that would be all but impossible with a regular, non-folding kayak.