The company's long-awaited pro-grade mirrorless is ready for your old lenses. 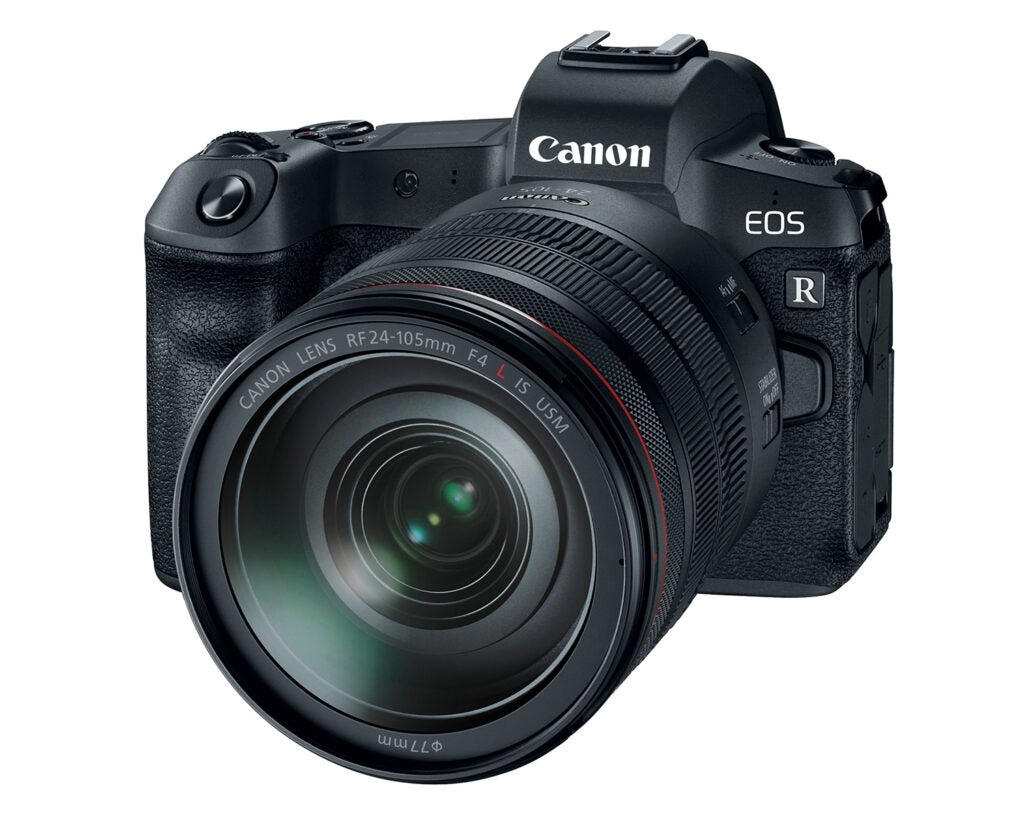 The race to the top of the full-frame mirrorless camera segment is officially on.

After months of rumors, Canon, one of the world’s most well-known DSLR makers, has finally announced the arrival of its pro-grade full-frame mirrorless camera system. The EOS R system is a huge step for the brand—as they were the last major DSLR maker to enter the full-frame mirrorless market. The EOS R features a newly redesigned RF mount with a 20mm flange distance and the same 54mm mount diameter as the brand’s EF mount cameras. The new mount also features a 12-pin communication system between lenses and the camera body for faster and more precise performance.

This new system isn’t meant to replace the company’s well-established line of DSLR cameras though, rather the EOS R was built to seamlessly integrate with Canon’s massive selection of EF, EF-S, TS-E and MP-E lenses. This is possible thanks to the introduction of three new mount adapters. 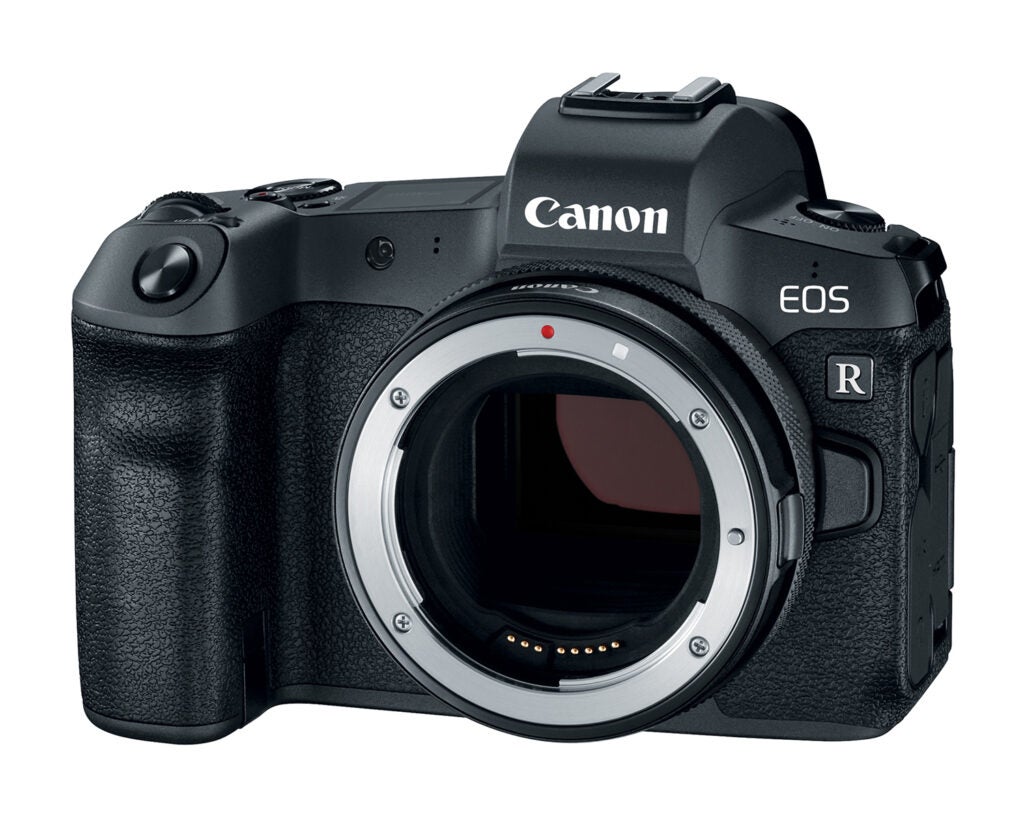 Here’s everything you need to know about the system at a glance:

-It’s powered by the the latest image processor, DIGIC 8, which enables shooting up to 8fps.

-The lens mount is 54mm (the same as the EF cameras) with a flange distance is 20mm. EF, EF-S, TS-E and MP-E lenses are accepted with a mount adapter.

-The camera’s body is dust- and weather-resistant

Displays: -The eyepiece has an EVF with 3.69 million dots.

-The main display is a vari-angle touchscreen. 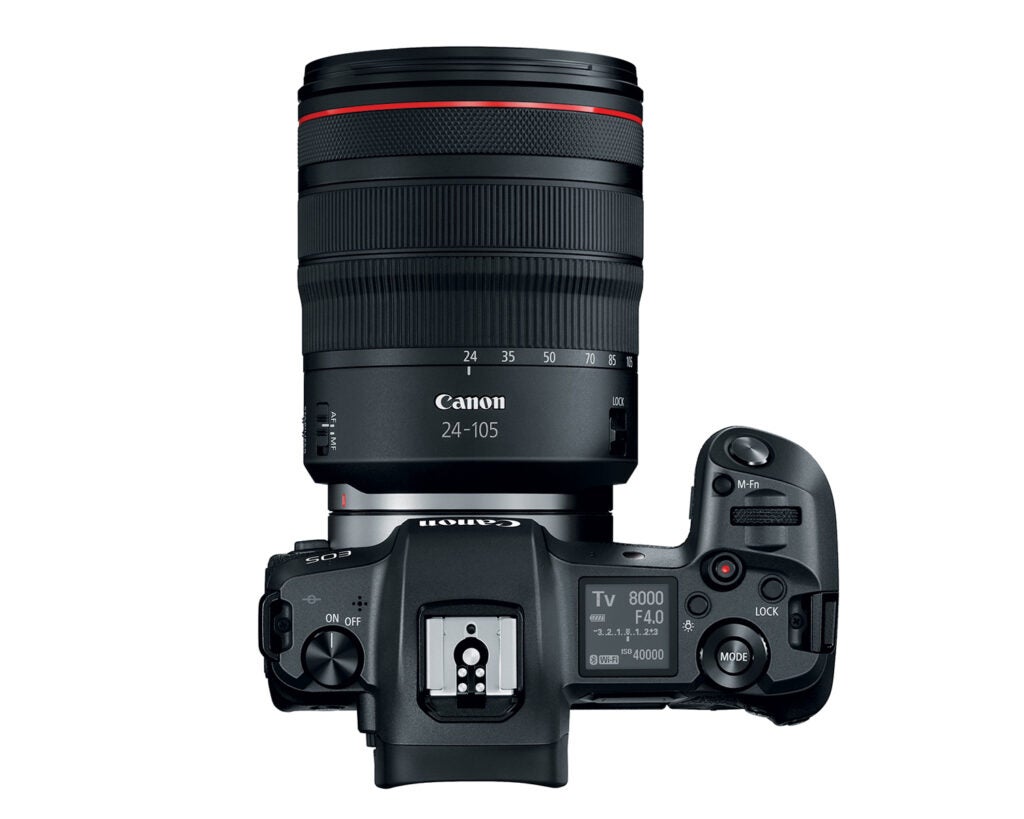 A top view of the Canon EOS R.

-New lenses will use the R mount.

-Drop-in Filter mount adapter will be available in February 2019 for $399.99 with variable ND filter or $299.99 with a circular polarizing filter. 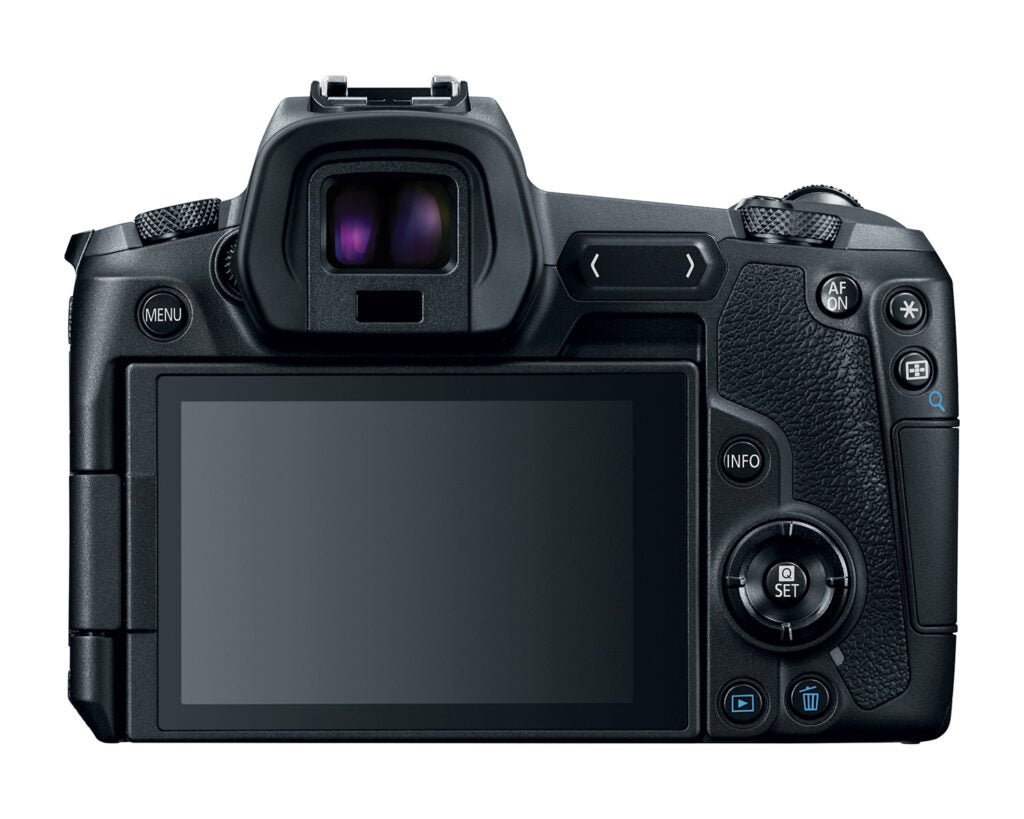 A back view of the Canon EOS R.

We got a bit of hands-on time with the cameras shortly after the announcement and our first impressions is that this is going to be a very nice system to shoot with and one that should give Canon uses much of what they wanted. It’s a compact design that will be fully functional with the brand’s existing lenses. The camera feels solid—a bit larger than other mirrorless systems, but certainly less bulky than a DSLR. The menu system and controls are very similar to the brand’s 5D system, with the introduction of a few new controls. The layout feels fairly ergonomic, even with a few familiar settings being shifted around.

We did find it a bit odd that there is only one SD card slot instead of a pair, since most pros prefer to shoot to a pair.

We’ll be spending some substantial time with this new system over the coming days. Look for our hands-on review and sample image galleries soon.