Reimagining Buildings Of The Past With The Materials Of The Future

PopSci thought experiment: If we were to make a famous building today, what would we do differently? Two architects and a civil engineer weigh in. 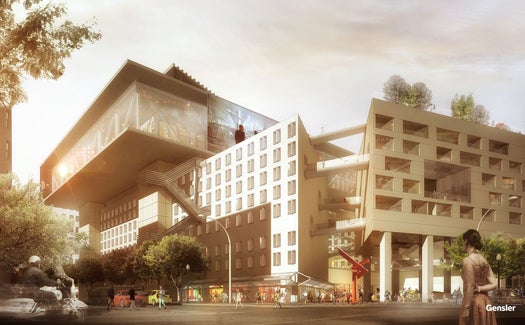 Part of the reason we’re enamored with our famous buildings is for the sense of history they impart. When you look at the White House you’re not just looking at a building; you’re looking at our shared presidential past. That’s great. But if you coldly stare at those structures like they were just well-molded hunks of concrete and steel, you might fairly wonder: can’t we do better?

So we asked a few forward-thinking professionals in the business of buildings. The question went something like this: If we were going to remake a famous building or bridge using the materials we have today or will have in the future, what would we do differently? That’s just vague enough to make things interesting. Here’s what we got back.

JEROME LYNCH OF THE UNIVERSITY OF MICHIGAN

We’re good at building bridges, for the most part. But civil engineer Jerome Lynch makes them even safer by using sensors that can automatically detect structural problems before they turn into catastrophes. For his work, he made it onto the 2009 list of our Brilliant 10 young geniuses. Here, he reimagines the Golden Gate Bridge with today’s cutting-edge technology:

If the GGB was to be built today, dense instrumentation of wireless sensors to monitor the bridge and its loads would be possible. These devices are low-cost and growing increasingly ubiquitous in a variety of societal applications. For example, the most recent long-span bridge to be built in California, the New Carquinez Bridge in Vallejo, CA, now has a dense wireless sensor network installed in it by the University of Michigan with nearly 100 sensor channels ranging from measurements of acceleration and strains to wind speeds and temperature. The benefit of deploying wireless sensors on the GGB would enormous including the ability to identify how traffic loads the bridge, identify instances of bridge deterioration, and could be an enabling element of a post-earthquake inspection system that ensures bridge safety immediately following a large quake. In addition, data collected by a bridge monitoring system would go a long way toward validating current design strategies for such bridges leading to safer bridges that are lower cost to design, build and maintain over their lifecycle. 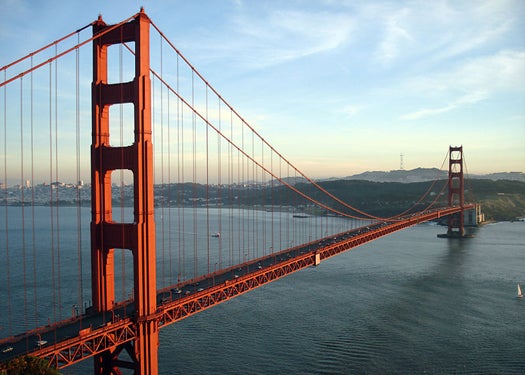 A common inspection procedure is for a team to come by every couple of years and take a look. But Lynch’s sensors make that seem _passé_–while actually making the bridges safer. The sensors are put together from square-foot, microns-thick polymer sheets that are placed on key parts of a bridge, and they digitally send information on structural conditions, like so: 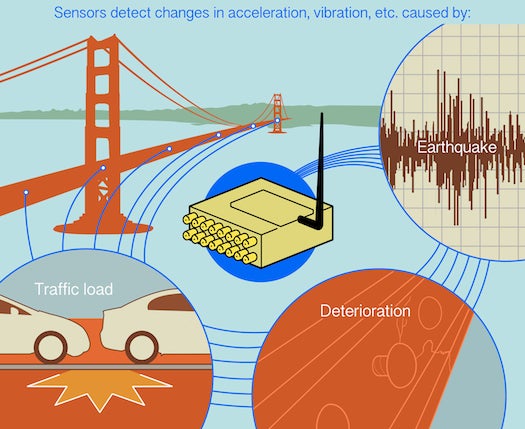 Sensors For The Golden Gate Bridge

Architecture firm SOM (Skidmore, Owings & Merrill LLP) had some fun with the question. As one of the biggest firms in the world, they’ve bult up an impressive resume. Some highlights: the largest manmade structure in the world, the Burj Khalifa in Dubai; Chicago’s Sears Tower; and another great Chicago building, the John Hancock Center. SOM’s Roger Duffy chose to remodel the John Hancock Center, and the results are as much science as art. Here’s a snippet from Duffy about some of the materials:

The introduction of nanotechnology in materials engineering has revolutionized conventional construction materials. These new intelligent materials are significantly stronger and self-regulating. 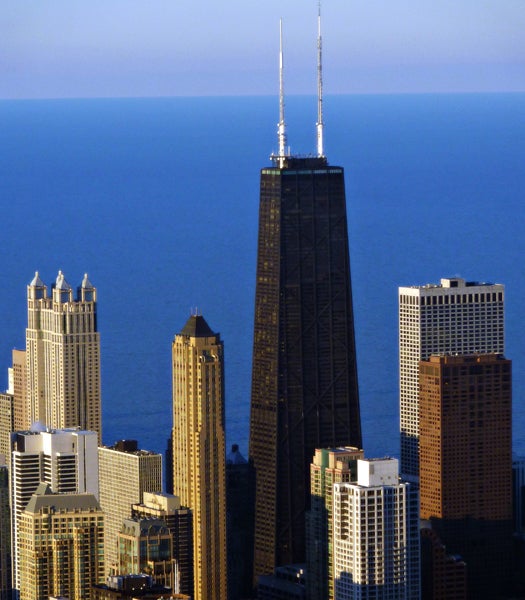 For example, Carbon Nanotubes (CNTs) injected into an ultra-high strength concrete matrix can increase the tension capacity of concrete to exceed that of steel. CNTs would eliminate the need for the installation of conventional, labor-intensive reinforcing bars, thus expediting the construction process.

Similar to the functioning of the autonomic healing response in a biological system, these new concretes can also repair themselves of surface cracks through the use of embedded nano-composite polymers. This functionality increases both the durability and lifespan of the material. 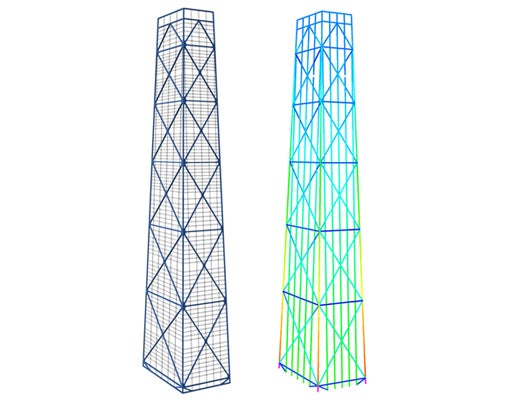 A New Plan For John Hancock

To ensure all this technological wizardry stays in top condition, Duffy writes that he’d also use “sensors or intelligent aggregates” in the concrete to monitor its health. “This intelligent concrete,” he writes, “becomes responsive to its environmental surroundings providing better quality control and faster construction.” If that was applied to the John Hancock Center specifically, that could make it more resistant to tension. Strategically placed concrete could also be put wherever the heaviest load areas in the building call for it. Even better: as he notes, it would make construction faster, as it “would eliminate the need for conventional reinforcing bars, which greatly reduces the construction time.”

We caught architecture firm Gensler at a lucky time. They’d just wrapped up the remodeling of a prominent building–the J. Edgar Hoover Building in Washington, D.C.–for a competition. The premise was to design an office building for the year 2050. And what better building to apply their “hackable building” concept, as Gensler architect Shawn Gehle writes about the project, than to the headquarters of the FBI? The J. Edgar Hoover Building is in “the Brutalist style,” and has an “overall fortress-like character.” But we have the technology–and materials–to make it something bright, beautiful, and sustainable, Gehle writes. Some of those materials are simple (glass) and some are more complicated (a “new high-performance curtain wall”). Here’s the list of Gehle’s proposed changes.

From a single-use office program, Gensler added several new uses and amenities to the building. These include a hotel, serviced apartments, conference center, various types of retail, an outdoor park and sports field. These occur along with a contracted office program. Gensler’s proposed hacks include structural and functional changes for specific portions of the building to bring light in, move people through the building more effectively and increase floor to floor connectivity: 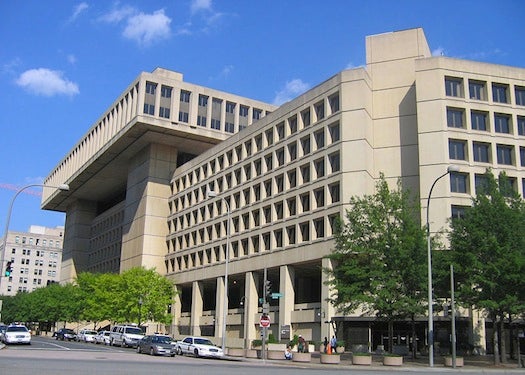 Structural and material hacks like that would open up the headquarters (literally and metaphorically, it seems like). Such is the transformative power of materials.