Why European researchers hooked up a quantum machine to a supercomputer

Two machines are better than one. 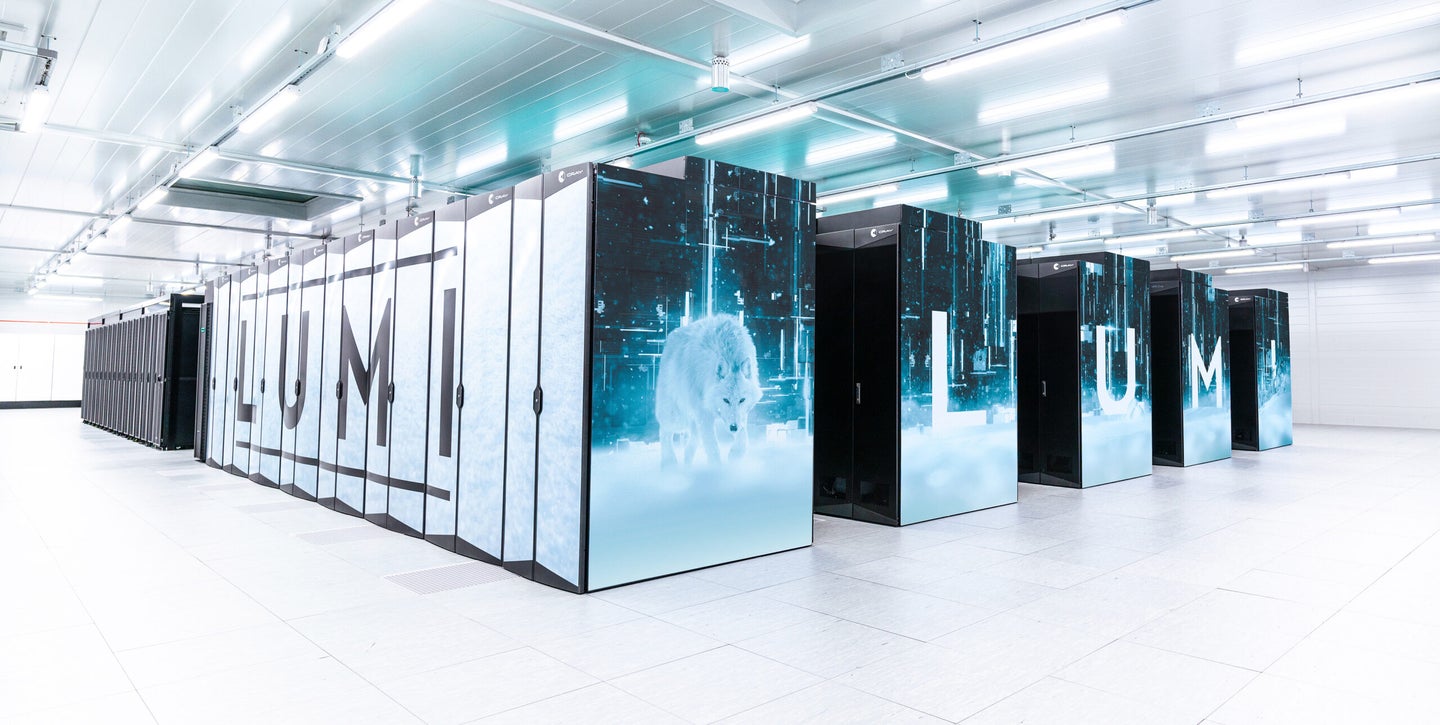 VTT, a Finish research group, announced last month that it had connected a small quantum computer to Europe’s most powerful classical supercomputer. Here are the specifics: VTT’s quantum computer is a 5-qubit machine called HELMI, and LUMI is a pan-European supercomputer that ranks third on the Top500 list. Both are situated in Finland. Combining the best functionalities of HELMI and LUMI to offer hybrid services allows researchers to better use the quantum computer’s unique computing properties—and crucially, to learn how to take advantage of them to solve future problems.

Quantum computers can in theory perform certain operations and complete different tasks far faster than traditional computers, but they are still a long way from reaching their full potential. While a traditional computer uses binary bits—which can be a zero or a one—to perform all its calculations, quantum computers use qubits that can be a zero, a one, or both at the same time. As hard to wrap your head around as that sounds, things get even more complicated when you consider that qubits can be entangled, rotated, and manipulated in other quantum ways to carry additional information. All this is to say that quantum computers aren’t just a regular computers with an extra digit to play with: they provide a completely different way of working that has its own strengths and weaknesses.

One big example is factoring, where the computer has to divide an incredibly long number into the two numbers that equal it when multiplied together. (For example, the factors of 21 are 3 and 7.) This is an incredibly resource intensive task for traditional computers, which is why it’s at the core of nearly every encryption algorithm that’s widely used today. All of our passwords, banking transactions, and important corporate secrets are protected by the fact that current computers kind of suck at factoring large numbers. A quantum computer, though, is theoretically much better at factoring large numbers, and a sufficiently powerful one could tear through the encryption layers that protect digital life. That’s why the US Government has been working to develop quantum-resistant cryptographic algorithms.

[Related: Quantum computers could break encryption. The US government is trying to prevent that.]

Breaking encryption is just the tip of the iceberg when it comes to new problems that these machines can tackle. Quantum computers also show promise for modeling complex phenomena in nature, detecting credit card fraud, and discovering new materials. According to VTT, they could be  used for predicting short-term events, like the weather or trading patterns.

In the cons column, quantum computers are hard to use, require a very controlled set up to operate, and have to contend with “decoherence” or losing their quantum state which gives weird results. They’re also rare, expensive, and for most tasks, way less efficient than a traditional computer.

Still, a lot of these issues can be offset by combining a quantum computer with a traditional computer, just as VTT has done. Researchers can create a hybrid algorithm that has LUMI, the traditional supercomputer, handle the parts it does best while handing off anything that could benefit from quantum computing to HELMI. LUMI can then integrate the results of HELMI’s quantum calculations, perform any additional calculations necessary or even send more calculations to HELMI, and return the complete results to the researchers.

Finland is now one of few nations in the world with a quantum computer and a supercomputer, and LUMI is the most powerful quantum-enabled supercomputer. While quantum computers are still a way from being broadly commercially viable, these kinds of integrated research programs are likely to accelerate progress. VTT is currently developing a 20-qubit quantum computer with a 50-qubit upgrade planned for 2024.