Copper is the ultimate tool for innovation

The metal has been with us through some of the greatest technological advances we’ve ever made. 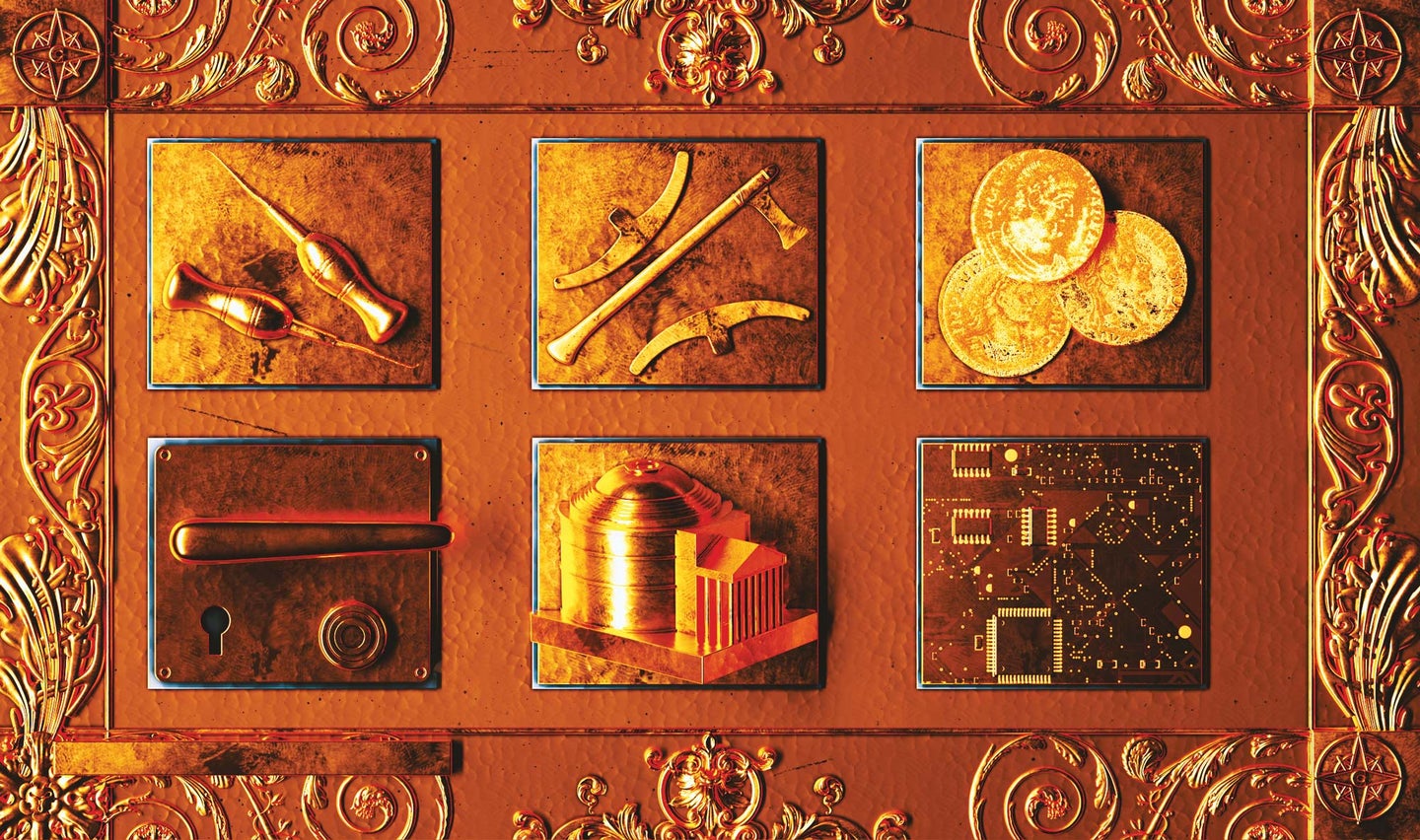 Stone was cutting-edge until about 10,000 years ago, when our ancestors discovered a better material from which to fashion their arrows and axes: copper. Archaeologists believe it was the first metal manipulated by human hands, and since then, it has enabled some of our greatest inventions. Now copper is the third-most-consumed metal in the world. These six technologies show how it helped shape our civilization over the millennia.

The oldest metal object unearthed to date is a tiny 6th millennium BCE copper awl found in the Middle East. Because it’s commonly found as a pure metal instead of mixed in ores, copper was ideal for human’s invention of metallurgy, the process of smelting and casting metals. This enabled early civilizations to wield hardier axes and arrows.

Copper is a fairly soft metal, but you can mix it with others to create tough alloys. Around 3000 BCE, Sumerians combined it with tin to make bronze, which is stronger, easier to cast into molds, and better at holding a sharp edge than either element alone. That’s because pairing up sets of differently sized atoms makes it difficult for them to slip past each other.

Modern pennies contain only 2.5 percent copper (the rest is made of much-cheaper zinc), but some of the oldest-known coins were bronze, which is up to 95 percent copper. Copper provides lots of corrosion resistance, keeping change in shape as it passes hands, and its malleability made it easy to emboss with images of leaders and other cultural symbols.

Copper is toxic to many single-celled organisms, killing a wide range of microbes—including some that can evade our best antibiotics—in two hours or less. Some hospitals now take advantage with door knobs and bedrails made of the metal. This is an old trick; healers prescribed copper powder for ailments like ear infections and burns in ancient times.

We’ve been using copper to cap buildings since the 3rd century BCE, including in structures like the Pantheon, because it can flex into intricate pitches and designs that rule out wood or tiles. The material undergoes a chemical reaction when exposed to open air that results in a green outer layer, which is more than just a charming color: It also prevents erosion.

Not only is copper the second-best electrical conductor after silver, but it’s also extremely ductile, meaning you can stretch it out into thin strands without breaking it. Since Alessandro Volta’s invention of the battery in 1800, copper wiring has been crucial to all things electric, from circuit boards to the cables that connect us to the internet.