The new Frontier supercomputer will be the fastest in the world

The Frontier system, run by Hewlett Packard Enterprise and the Oak Ridge National Laboratory, is ranked as the most powerful supercomputer in the world. 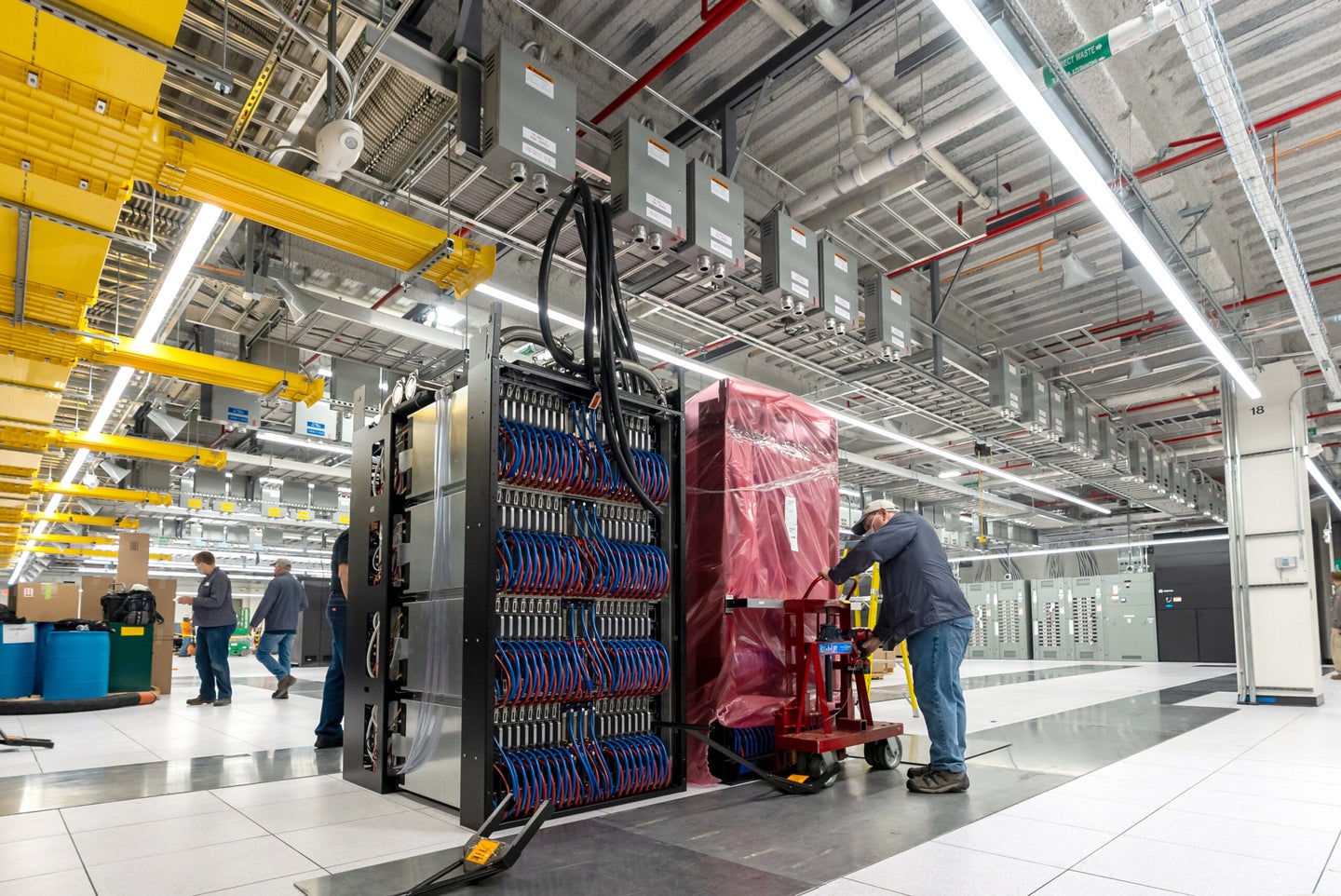 A US supercomputer has officially taken the top spot in the world, according to a recent list by TOP500, a project that tracks and ranks 500 of the most powerful machines in the world.

Coming in at number one is a Tennessee-based system called Frontier, run by Hewlett Packard Enterprise, AMD, and the US Department of Energy’s Oak Ridge National Laboratory, edging out the Fugaku system at the RIKEN Center for Computational Science (R-CCS) in Kobe, Japan that previously held the title.

This Frontier system is “the result of more than a decade of collaboration among the national laboratories, academia and private industry, including DOE’s Exascale Computing Project, which is deploying the applications, software technologies, hardware and integration necessary to ensure impact at the exascale,” Oak Ridge National Laboratory said in a press release.

What can a supercomputer of this size and complexity do? A presentation in March stated that some of the early science run on Frontier includes simulating Earth systems to analyze biogeochemical cycles as well as power grid planning. As these supercomputers get larger, experts expect them to become specialized at a handful of fitting applications.

Here’s a look at what Frontier can do, by the numbers.

The Fugaku system in Japan, which held the top position on the list for two years prior, maintains a performance of 442 petaflops per second, according to TOP500. Though Fugaku could hit the 1 exaflop barrier at peak performance, Frontier has decidedly been crowned the first exascale machine. Intel and Argonne Laboratory’s Aurora was also expected to hit this milestone, but the system has reportedly been delayed due to manufacturing and technology issues. Another important caveat: There’s talk that two systems in China have already moved past this milestone silently, and their operators didn’t submit results for evaluation to the scientists who oversee TOP500, according to The New York Times.

Supercomputers need plenty of electricity to run. However, Frontier and the Frontier Test & Development System (TDS) at Oak Ridge National Laboratory are also two of the most energy-efficient supercomputers out of the group that TOP500 ranked, with the Frontier system having a power efficiency of 52.23 gigaflops per watt. The Frontier TDS system—a smaller version of the supercomputer used for running early tests—which only has 120,832 cores and a performance of 19.20 petaflops per second, is the most power efficient system, with a rating of 62.68 gigaflops per watt.

Speaking of cores, Frontier has about 8,730,112 of them capable of processing parallel tasks. Frontier is built from the HPE Cray EX supercomputers, which contain AMD’s processors. All of that processing power can be used towards solving elaborate problems and calculations, including those needed for artificial intelligence systems. “In addition to modeling and simulating complex scientific research, across biological, physical and chemical sciences, with higher resolution, Frontier will also enable dramatic breakthroughs in AI,” Hewlett Packard said in a press release. “At an exascale speed, Frontier’s users can develop AI models that are 4.5X faster and 8X larger.” Here are all the programming languages, libraries, and tools available on Frontier.

Supercomputers need to divide up their massive hardware into different compartments. Frontier is made up of 74 supercomputer cabinets, 9,400 AMD-powered nodes, and 90 miles of networking cables. Each cabinet weighs around 8,000 pounds, or as much as a pick-up truck. In total, the system contains around 9,408 CPUs and 37,632 GPUs (GPUs are particularly useful for running artificial intelligence software). It consumes 29 megawatts of power. Researchers are expected to gain access to the “fully operational” Frontier sometime this year.