The aviation disaster in a 737-800 has claimed a reported 132 lives. In crashes like these, investigators will follow a "holistic" approach, one expert says. 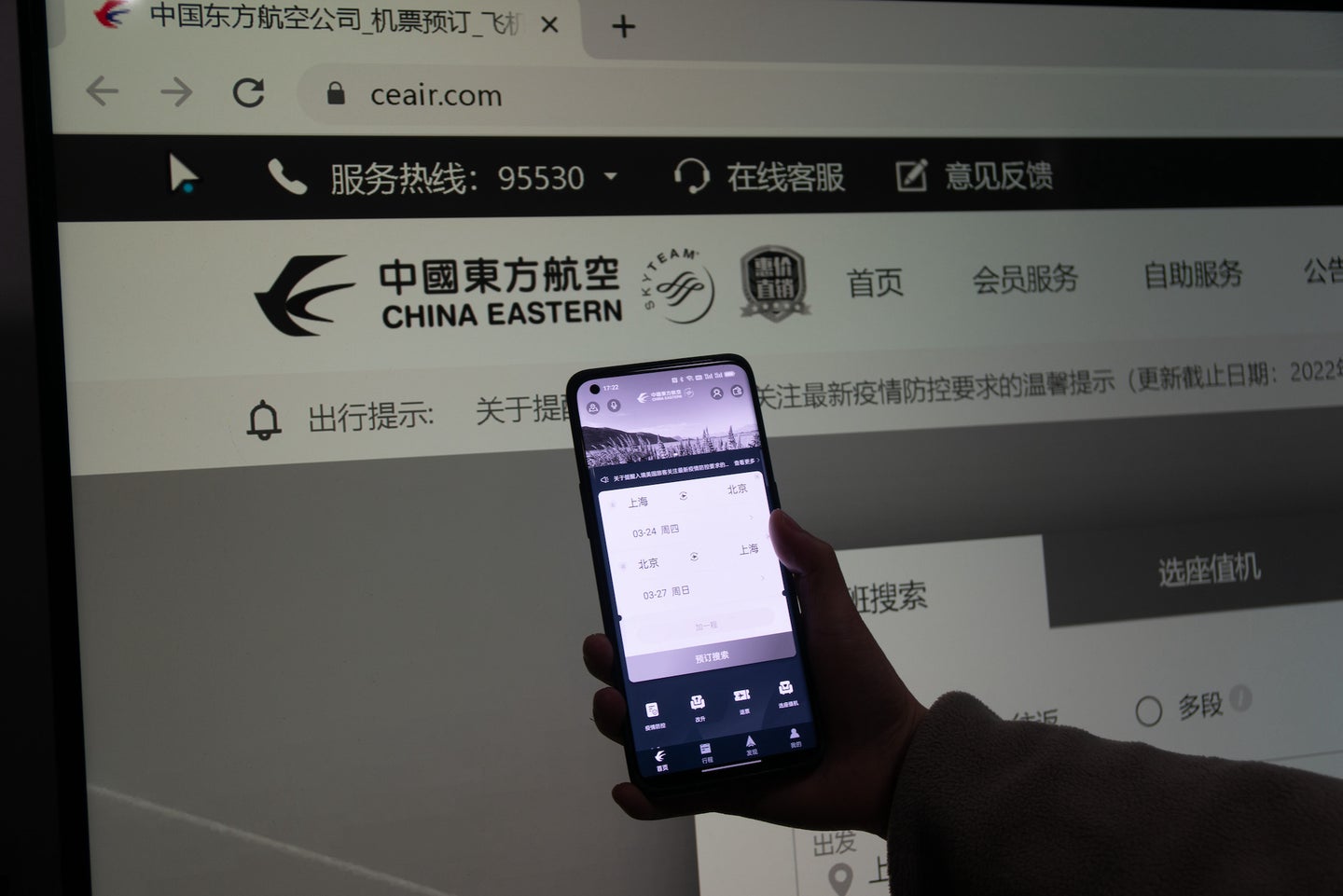 On March 21, both the website and the mobile app for China Eastern Airlines were displaying in black and white following the crash of one of the airline's passenger jets. Costfoto/Future Publishing via Getty Images
SHARE

More than 130 people are believed to have died following the crash on Monday of a Boeing 737-800 passenger jet operated by China Eastern Airlines, Reuters and other news organizations have reported. The plane took off from the city of Kunming with a destination of Guangzhou.

According to CNN, the airline said: “The cause of the plane crash is still under investigation. The company expresses its sorrowful condolences to the passengers and crew members who died in this plane crash.”

The flight, number MU5737, was cruising at an altitude of 29,100 feet, according to a playback from Flightradar24, but suddenly descended at a rate that at moments hit around 31,000 feet per minute. A data visualization of the aircraft’s altitude depicts a rapid downwards trajectory, with a brief climb and leveling off below 10,000 feet, and then another final descent.

Video shared on Twitter (caution: some readers may find the footage in the link upsetting) appears to show an aircraft plummeting straight downwards. Other video, via The New York Times, shows smoke, fire, and debris on the ground.

“That rapid descent really caught my attention,” says Anthony Brickhouse, an associate professor at Embry-Riddle Aeronautical University and an expert in aviation safety.

In the aftermath of aviation disasters like this one, investigators will consider a variety of sources to try to determine what went wrong. “I think the investigators will be looking at this holistically,” says Hassan Shahidi, the president of the nonprofit Flight Safety Foundation. “They will be looking at all aspects associated with this airplane.” Those aspects might include the specific aircraft’s maintenance history, its engines and their history, the pilots and their training level, and more.

“All of these [sources] are going to be information that’s going to be critical to investigators to find out what happened to this flight,” he says.

Like Shahidi, Brickhouse says that investigators will examine a “plethora of different areas,” from aircraft maintenance to weather in the area when working to figure out what happened.

And of course, the black boxes will be important in figuring out the cause. “If the video that we’ve seen is accurate, this would be what investigators would consider to be a high velocity, high angle-type impact,” Brickhouse says. “And with that, you don’t get a lot of wreckage.”

“The black boxes are designed to withstand a tremendous amount of force,” he says. “I would suspect that they’ll recover the black boxes, and hopefully they’ll get good data.” In most aircraft, the black boxes are two separate devices—a cockpit voice recorder, and a flight data recorder—located in the tail, Brickhouse says.

The aircraft involved in the crash of flight MU5737 in China was a Boeing 737-800, which is a different model from the 737 MAX jets, and their MCAS software, which were involved in two separate disasters, in Indonesia in 2018 and Ethiopia in 2019.

Boeing addressed the recent accident in two tweets on Monday:

“There are thousands of these [Boeing 737-800s] in the fleet that are flying on a daily basis, all over the world, including the US, and Asia, and Latin American, and Europe,” Shahidi says. “It is a very, very solid airplane, with a solid background over many years.”

He notes that records indicate the specific aircraft involved in this crash was about six or seven years old. In a detailed blog item about the crash, Flightradar24 pegs the aircraft’s delivery date to the customer as June 2015 and notes that it was a new aircraft at that time.

“There is really no connection to the MAX model, which is a completely different model,” Shahidi says. “This airplane has had an excellent safety track [record] worldwide.”