It can survive higher falls and endure more pressure before scratching. 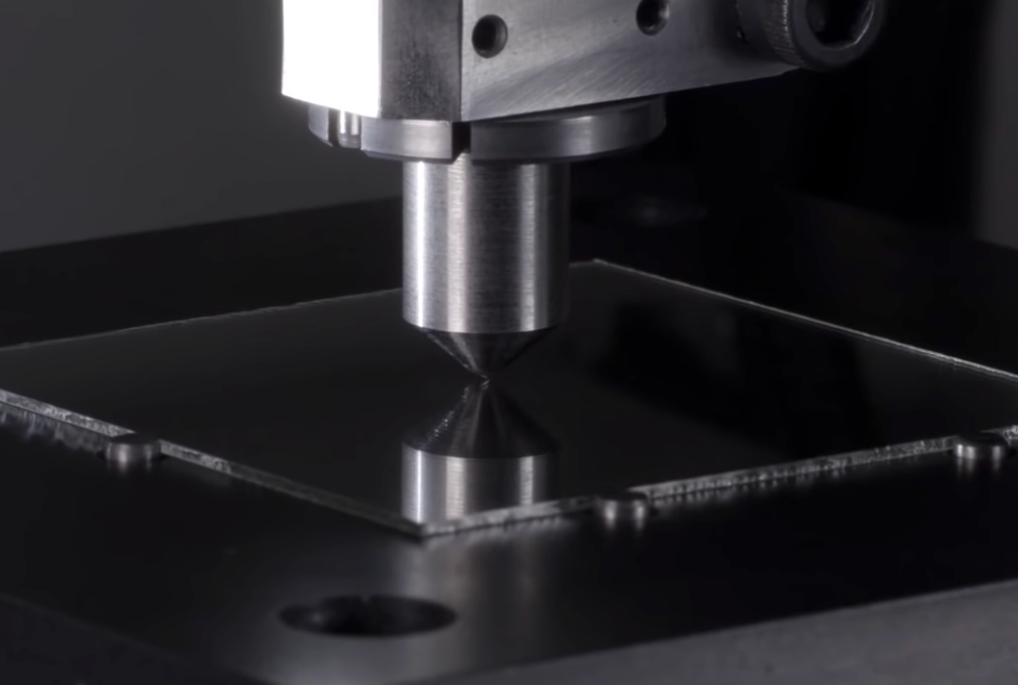 The Knoop Diamond Test measures how difficult it is to damage the glossy surface. Corning
SHARE

It’s easy to forget how fragile smartphones used to be. If you were going to knock your phone off your desk a decade ago, it might as well fall into the Grand Canyon. Many of you know the familiar, unpleasant feeling of using a phone with a spiderweb of cracks running across the screen.

Screens have gotten much tougher in recent years. And they’re about to get even tougher. Corning just introduced the latest version of its Gorilla Glass material that promises even more resilience in the face of clumsiness.

Corning calls its new material Gorilla Glass Victus, which it claims can survive a 6.7 feet, up from 5.3 feet in its previous iteration. Corning also claims Victus can endure double the pressure during the Knoop Diamond test, which uses a metal point under pressure to test how hard a material is to scratch. Once the glass is scratched, the company applies a “ring-on-ring” pressure test to find out how much force is required to break the already scratched glass. Corning claims Victus showed a two-times performance increase over the previous model.

Corning hasn’t specified exactly what has changed from a chemical standpoint with Victus, but the production involves the company’s ion-exchange process to give it extra strength. The raw glass material takes a bath in 752-degree Fahrenheit molten salt. The process forces out small sodium ions and draws in larger potassium ions that occupy more space and give the material its resilience.

Currently, Samsung employs Gorilla Glass 6 in its flagship Galaxy Note 10 phone, which has a large 6.3-inch screen with considerable surface area to attract scratches. Corning hasn’t officially announced any official devices in which Victus will appear, but it has a long-standing relationship with Samsung, so it wouldn’t be a huge surprise to see it turn up in future models.

Corning claims this is the first time that Gorilla Glass has shown substantial improvements in both scratch resistance and drop survival. Despite its improvements, the company says it will be able to keep the price of the new material the same. Because it’s tougher and resists scratches better, it can travel through the production lines faster without risk of marring the glossy surfaces. Faster production translates into lower costs.