The project, called Global Library of Underwater Biological Sound, seeks to establish a library of valuable reference data for a range of marine applications. 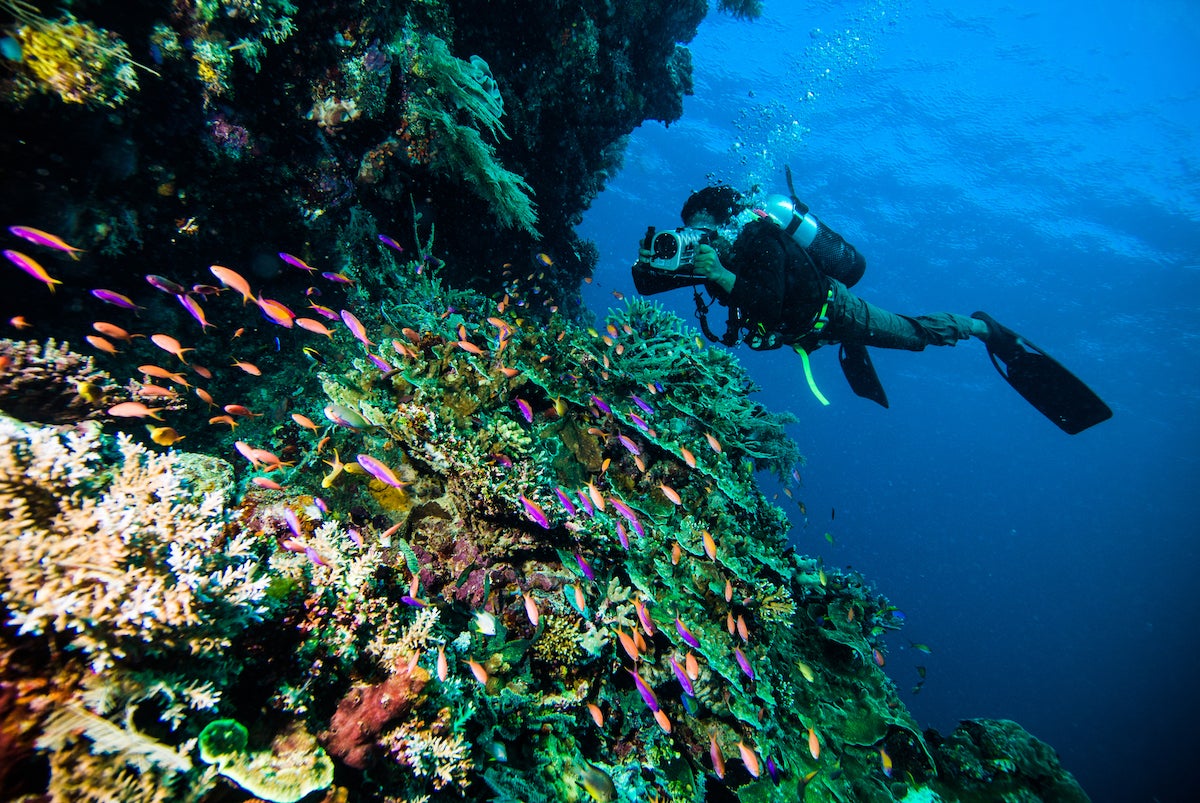 Oceans are noisy places, but scientists aren’t always sure what’s making the hubbub. Enter an idea called GLUBS, or the Global Library of Underwater Biological Sound. Its genesis came about during the International Quiet Ocean Experiment—a project that aimed to coordinate the use of a worldwide network of non-military hydrophones to listen in on what was happening underwater. While GLUBS, in its fully realized form, doesn’t exist yet, a team of researchers is working on establishing a foundation from which it can be built.

Passive acoustic monitoring—leaving a hydrophone running in the water—allows researchers to learn about life in the oceans through the complex orchestrations of sounds they hear.

“You can hear rain falling, waves breaking, seafloor volcanoes or earthquakes, the noise of ships or trawlers dragging nets along the seafloor. And of course you hear the animals themselves,” says Jesse Ausubel, an environmental researcher at Rockefeller University and a director of the IQOE. “Sound is really powerful in the water. It travels well while light doesn’t. So, sound is a really important part of the lifestyle of many forms of marine life.”

In spring of 2020, due to COVID, shipping declined all over the world. Drilling activities and seismic testing looking for oil and gas under the sea floor dwindled. The period provided a valuable opportunity for researchers to learn about the diversity, distribution, and abundance of marine life simply by listening to a coral reef or a kelp forest.

As part of the IQOE, Aran Mooney, a scientist at the Woods Hole Oceanographic Institution, led a working group to survey acoustic studies related to biodiversity hotspots. But the researchers in this group soon realized that to make passive acoustics a useful tool, they needed a reference library. “It doesn’t matter if it’s finger prints or retinas or voice recognition or photos, you always need to compare something to something else,” Ausubel says.

Mooney, along with bioacoustician Miles Parson from the Australian Institute of Marine Science, sought out more than a dozen other researchers across the world and put together a call this February for the creation of a global library of sound, which they’ve named GLUBS. “It’s sort of a Noah’s Ark moment,” says Ausubel. “Walrus people may have been collecting walrus sounds, and dolphin people may have been collecting dolphin sounds. So here and there, people have a few acoustic books, but nobody has created a library.”

Laela Sayigh, a researcher at Woods Hole Oceanographic Institution, was brought into the fold as the group started compiling existing marine databases. Sayigh manages the Watkins Marine Mammal Sound Database in conjunction with the New Bedford Whaling Museum in Massachusetts.

The potential scientific uses for GLUBS (once it’s built) are immense. Having a species-spanning database of sound would allow researchers to study behaviors in detail and track how they change over time. They can look at migration routes, habitat use, and biological responses to human activity or climate change. For example, passive acoustic recordings have already been used as a way to monitor the impacts of algal blooms.

A wide-reaching sound library could also help resource managers figure out whether certain areas are special for fish and other marine critters. “A lot of fish, as well as marine mammals, produce sound when they’re spawning. A lot of animals make feeding calls,” Sayigh notes. “Those are the sounds that help you identify areas that are critical for feeding, and you can imagine using those kinds of data to protect certain areas.”

Importantly, a reference library would enable scientists to study the communication signals themselves, and understand how animals use different signals.

The team is proposing a web-based, open-access platform that will contain a reference library for known sounds, and a spot where researchers can drop unknown sounds. Experts who can identify those mystery sounds would then be able to chime in with their suggestions. The library would ideally integrate existing sound databases from around the world. There would also be a portal where researchers can look at annotated and unannotated audio recordings from single animals and also soundscapes.

Moreover, this platform could provide training data for artificial intelligence-based algorithms that can then be used to analyze and annotate newly uploaded audio clips and have it suggest species of fish or invertebrate that might be in that recording. The team is looking into developing a companion citizen science application that will allow anyone to upload sound data into the library.

There have been discussions about how this library can integrate elements of existing non-sound platforms like OBIS-SEAMAP: a big geographic database that shows locations of marine animal sightings. That way, a new dimension of sound could be added to species distribution maps. “So many of these animals, we can’t see them,” Sayigh says. “If we can’t record their sounds, we really have no idea that they’re there for the most part.”

Within the past few decades, technology for both the software and hardware required for collecting sea sounds has matured to a point where something like this is possible. Cheaper devices are able to obtain and store long-term recordings. The cost for hydrophones and waterproof recording systems have come down significantly. For example, a Hydromoth costs around $79, and GoPros cost around $349.

When Sayigh started working with acoustic data early in her career, she was recording on cassette tapes that then had to be digitized. “Now, it is just so much more possible and there’s even commercial software programs out there like Raven, PAMGuard, Kaleidoscope, that are very user friendly that even have built in detection and classification algorithms,” she says. “They’re not exactly super accurate in all cases. But it’s still a start.”

Currently, the GLUBS team is working to assemble as much information as possible about all the existing marine sound databases (with both current and historical data) that are currently out there. This can enable the GLUBS team to assess what works well and what doesn’t work well, but also reach out to all the people who manage those individual databases for future collaboration.

The next steps for building the platform and securing the fundings to support it will be discussed at an upcoming workshop scheduled in July. The GLUBS team will use that workshop to bring in additional partners and potential collaborators, including scientists from Cornell University, which has built a similar platform for bird sounds.