"BlinkWashing" seems pretty useless, but it's a ton of fun. 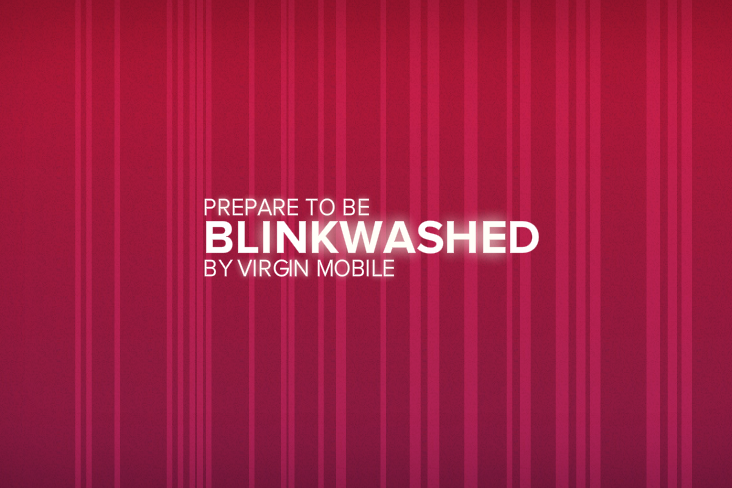 Virgin Mobile has introduced a feature to its YouTube page that switches to a new ad at the blink of an eye.

It’s called “BlinkWashing,” which sounds straight out of a dystopian future/like something the NSA would introduce, but it’s actually pretty fun to play with. After you click to allow Virgin Mobile access to your webcam, you blink a few times to allow it to lock onto your eyes, and then it starts a reel of 25 different ad clips. Every time you blink, the ad switches.

It worked fine through the lenses of my glasses, though it stopped being as responsive when I accidentally moved my head after the calibration period. It’s a bit of a power trip for the eyes–just blink and the world changes! What it’s actually good for, though, I’m not sure. As GigaOM’s Alex Colon points out, it’s impossible not to blink. So most people would never make it through a full ad. I got so excited about blinking that I never watched more than a second of each. But maybe since it stopped working when I moved my head slightly, it could be used as a remote control that you just have to lock your eyes in a certain spot to use, then move your head to deactivate.

Try it for yourself on Virgin Mobile’s YouTube page.