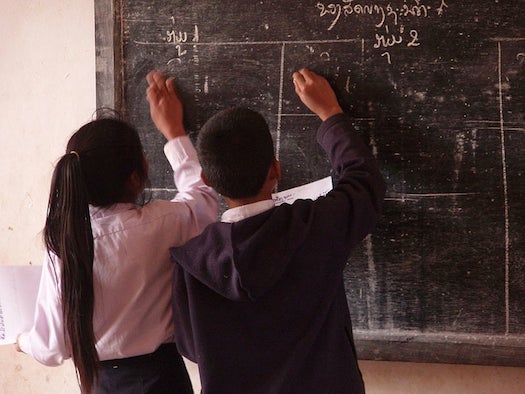 For most public schools, teachers get paid on the same scale regardless of which subject they teach. But a Colorado school district has decided to pay salaries based on supply and demand instead, Reuters reports, which means high school science teachers will earn more than their counterparts in the English department.

Under the plan, launching next month, the suburban school district of Douglas County will begin paying the entire staff (3,300 people) based on subject and grade level. Special education therapists will earn up to $94,000, while educators deemed less in-demand, like art, physical education, and elementary school teachers, will be in the bottom bracket, earning a maximum of $64,000. English teachers in middle schools or high schools will make up to $72,000, while high-school math and science teachers will be capped at $82,000.

It’s not quite an upward climb across every grade, though: kindergarten and first-grade teachers, dealing with especially young kids, will get paid more than other elementary teachers under the system. No pay cuts are coming for any of the teachers, but bonuses will be adjusted based on subject.

The market-based policy is pretty controversial among the staff, as you can imagine. One English teacher told Reuters, “I really don’t believe a P.E. teacher works less than I do. He has more kids than I do. And he may be the one who’s keeping some kids in school so they’ll sit through my class.” It remains to be seen if the idea catches on anywhere else.