The Bed That Uses Robotic Arms to Make Itself

After a full day of operating mill machinery in Spain’s Basque country, Ascensio Zubeldia used to fall into bed drained.... 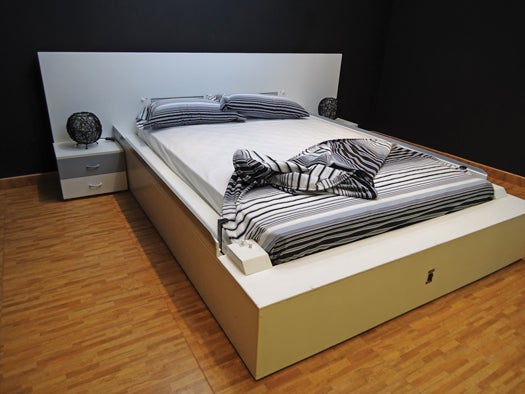 After a full day of operating mill machinery in Spain’s Basque country, Ascensio Zubeldia used to fall into bed drained. Each morning he mulled over the perfect bed—one that makes itself—and then he finally built it. Sensors under the mattress detect when the sleeper rises, and three seconds later, compartments that contain robotic arms open.

The arms secure cords along each side of the duvet cover between two rollers, then move forward, pulling the duvet to the top of the bed. As this occurs, cords attached to the pillowcases straighten them. Trays holding the pillows then lift, allowing the duvet to pass beneath them. The whole process takes less than a minute.

This article originally appeared in the October 2012 issue of Popular Science.