Guess This Tool Revealed: The Graphotype 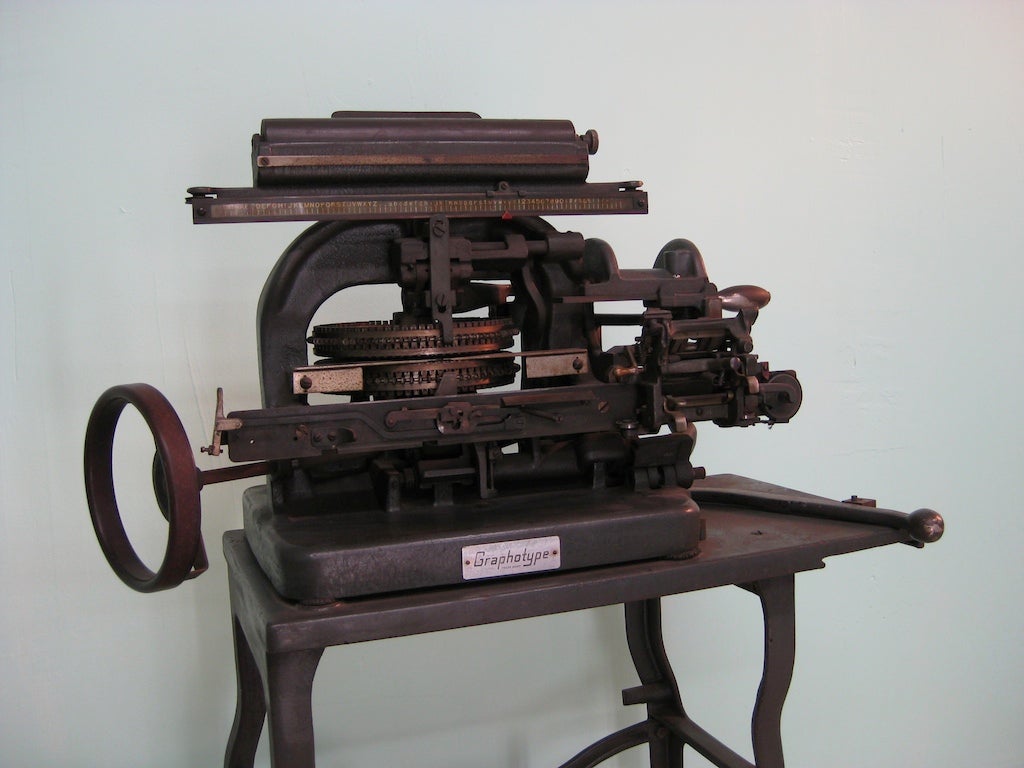 Pictured here is a machine with which I’ve had a strange obsession ever since it randomly happened into my life several years ago for $25; one of the last holdouts in a liquidation sale of a former mass mailing business, and the very machine with which that business had been started one generation prior. It is known as a Graphotype.

This pairing of machines was used to address mass mailings such as magazines and newsletters. Using the Graphotype machine, metal tags were debossed [1] with the address of each recipient on a mailing list and then sorted and stored in metal trays. An Addressograph machine would later cycle through each of those metal tags, stamping each piece of mail with an inked tag from the tray. During the reign of these machines, changing one’s address would lead to someone locating the address tag in the appropriate tray, throwing it away, and creating a new address tag by cycling through the alphabet and pulling a lever, one letter at a time.

Today, I keep the Graphotype in my shop to make metal label plates; a beautiful but obsolete piece of machinery.

[1] Debossing is a forming process similar to embossing, but wherein the form is depressed below the surface of the medium rather than raised above the surface.