Hoping this isn't another Sandy 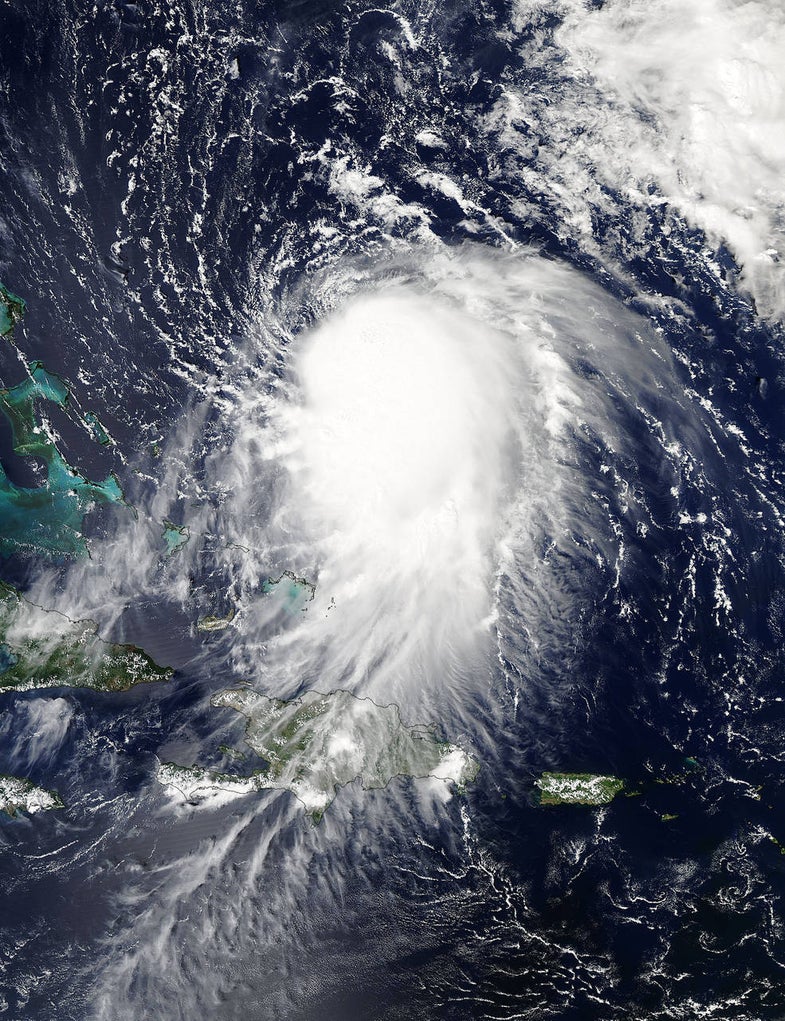 So far, the 2015 hurricane season has been pretty quiet, just as NOAA predicted earlier this year. But that doesn’t mean its going to stay quiet. Hurricane Joaquin is currently camped out over the Bahamas, moving southwest, but forecasters from NOAA’s National Hurricane Center are worried that Joaquin might change course and head north, straight for the East Coast.

And after Sandy devastated the East Coast in 2012, all eyes are on Joaquin, hoping that this storm doesn’t end up taking the same destructive path. New York City’s Emergency Managment team is on the phone with the National Hurricane Center and other agencies multiple times a day, tracking the storm’s progress. The city has made vast improvements to its infrastructure since Sandy hit, but no one really wants to endure a hurricane just to put them to the test.

Joaquin is the tenth named storm of the season, and only the third hurricane. Islands in the Bahamas are currently under hurricane warnings as Joaquin continues to strengthen.

It is still very early for Joaquin. The storm’s track is highly uncertain, and it remains entirely possible that Joaquin will veer east and head back out to sea. but in the meantime, weather trackers from NOAA to NASA are keeping close tabs on the storm, collecting some striking data and images.

NASA’s Global Precipitation Measurement (GPM) satellite captured this 3D look into the center of the storm: 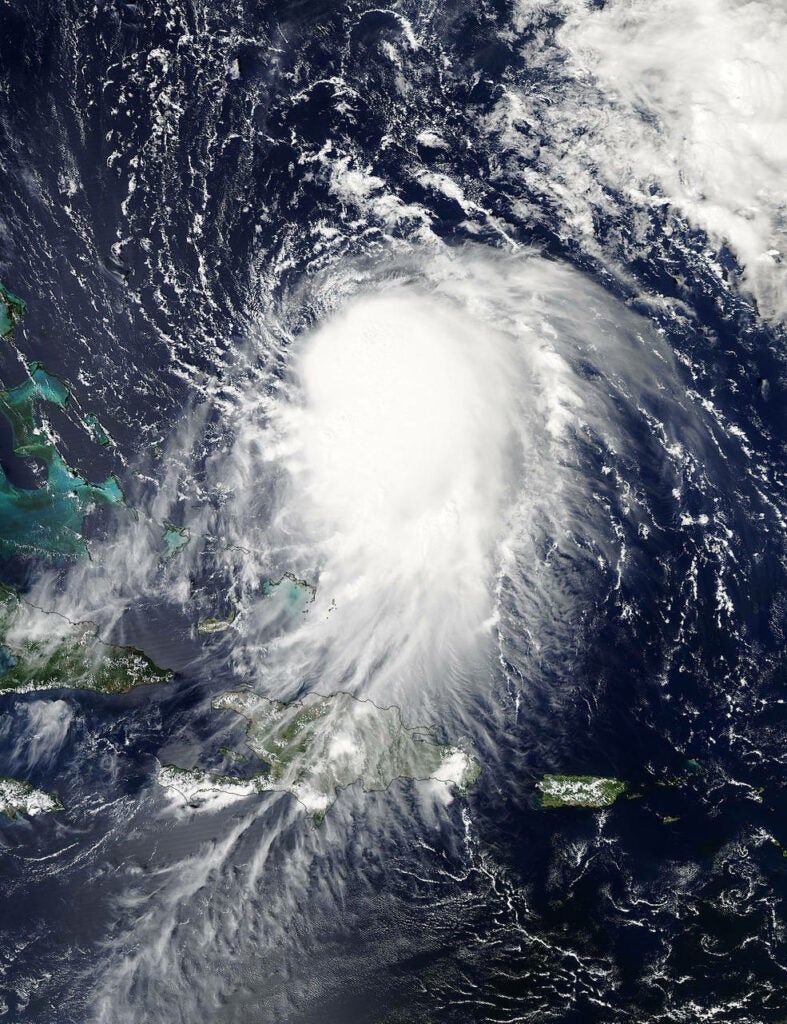 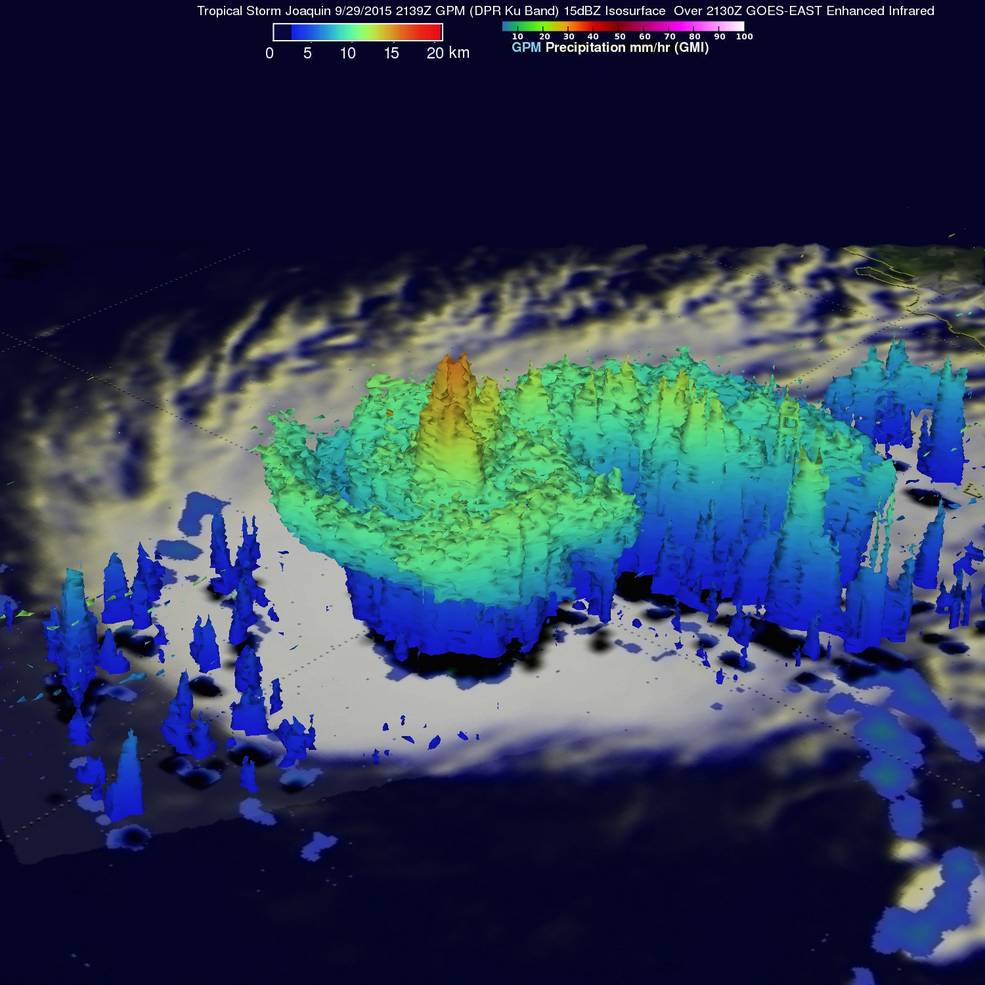 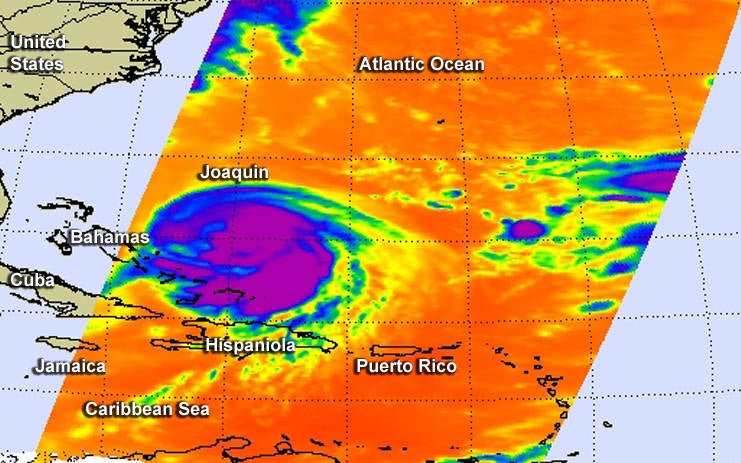