Video: Flying Thing Propels Itself By Flipping Inside Out

Flying objects can achieve forward thrust in a few ways, but here’s a unique new one: Flipping inside out to... 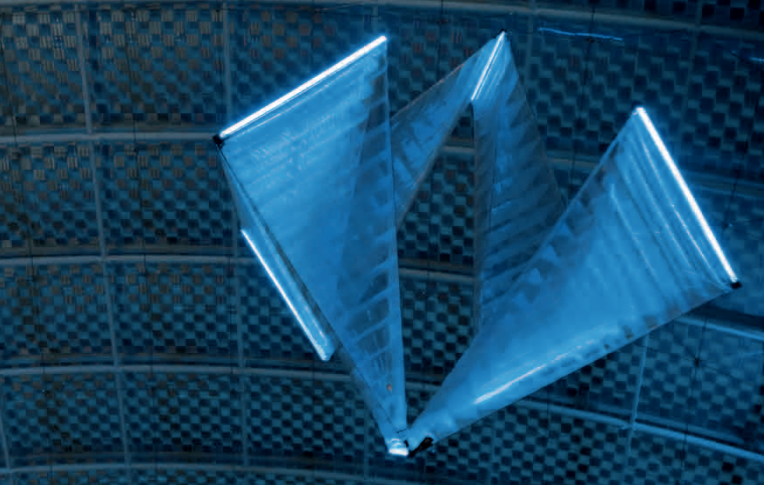 Flying objects can achieve forward thrust in a few ways, but here’s a unique new one: Flipping inside out to move forward. Designed by the people who brought us the amazing robot seagull, the SmartInversion flying object can move through the air indefinitely.

The object is based on a design envisioned by inventor Paul Schatz. It’s a six-sided articulated ring of prisms that attaches to a cube, and when it’s unleashed, it can start folding into new geometric shapes. As it turns itself inside out, it moves forward.

This property of kinematics is called inversion.

The object is filled with helium so it will float in the air. It’s on display this week at the Hannover Messe technology trade show in Germany, where users will be able to control it with a smartphone, as seen in the video below. New Scientist reports that it’s held together by a carbon-fiber framework, and three motors control its motion, governed by a pre-programmed onboard computer.

Designers at Festo, also known for their nature-inspired robots, are now sponsoring a competition for students to figure out some practical uses for this thing.

It looks like the folded-square paper fortune-cookie game thing I used to play with in grade school. I have no idea what it’s really called, but some of you probably know what I’m talking about. Watch it fly here.