This little robot may not look like much, but its standing jump two stories high is one of the most... 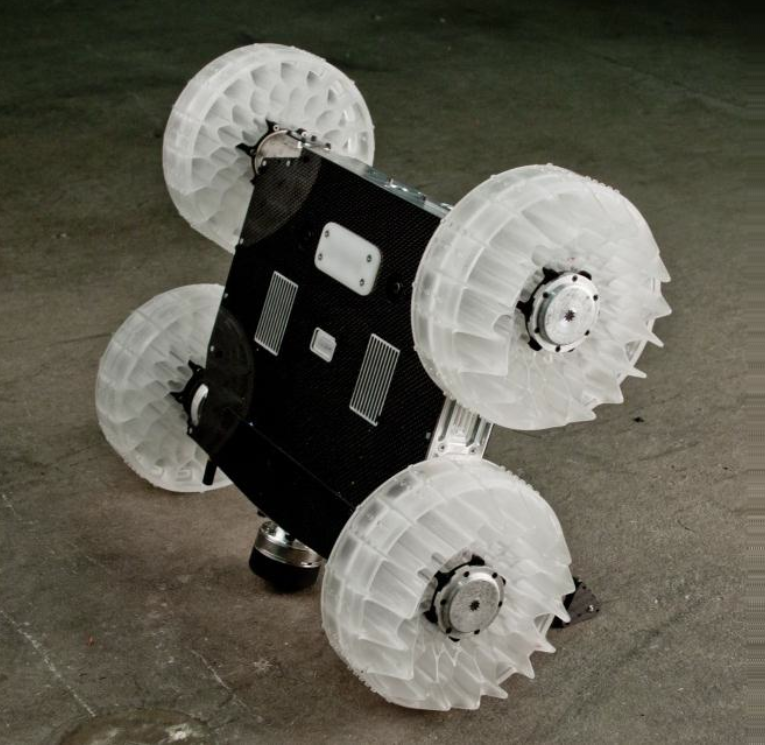 This little robot may not look like much, but its standing jump two stories high is one of the most incredible robotic feats I have ever seen. Boston Dynamics, creator of the BigDog, Petman and other awesome military robots, is sending it off for testing by the Army. Click past the jump to see video of it in action.

This bot is called Sand Flea, and it’s a descendant of the Precision Urban Hopper, which as we saw back in 2009 could loft over a high fence with ease. That robot jumped while rolling forward, but the newest incarnation of Sand Flea stops, rears up and vaults 30 feet into the air. Otherwise it drives around like a remote-controlled car and can access almost any type of terrain, as you can see:

Its jumping piston is CO2-powered and it can jump 25 times on a single charge. It uses gyroscopic stabilization to stay level when it’s airborne.

It’s ready for testing along with a robot called RHex, which looks like a smallish version of the awesome BigDog, and is inspired by the crawling motions of a cockroach. Both robots are headed to the Army Test and Evaluation Command (ATEC) to pass safety and reliability checks. Here’s RHex:

The Army’s Rapid Equipping Force is planning to deliver nine Sand Fleas and four RHexes for testing in Afghanistan once they complete safety evaluations in the U.S.