What Can a Videogame Tell Us About How Economies Work? 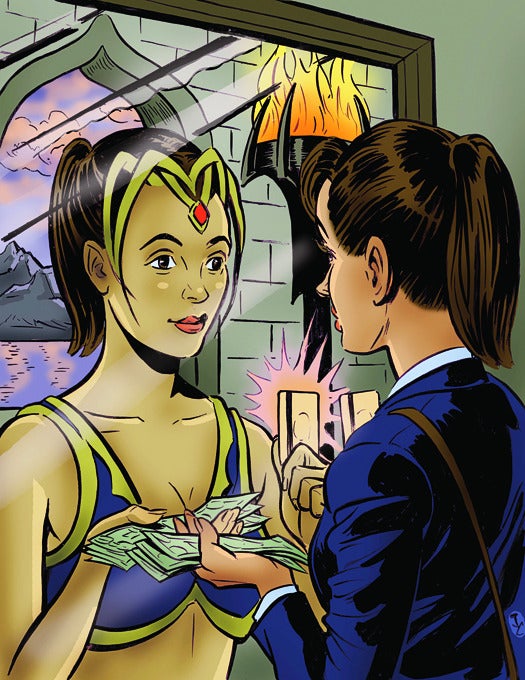 On October 3, 2008, President George W. Bush signed the Troubled Asset Relief Program bill into law, delivering $450 billion to failing banks on the premise that it would prevent their collapse and stimulate a faltering economy. Like millions of Americans, Dmitri Williams, an associate professor of communications at the University of Southern California, found TARP troubling—not because the bill provided too much or (as many economists argued) too little, but because it was unscientific. “We did a half-a-trillion-dollar experiment with the economy and had no control group,” he says. Setting up a test bed for a program as complex as TARP might be difficult, but it wasn’t impossible. Williams had found just such a petri dish in videogames.

Williams, a sociologist, had always based his research on data gathered by clipboard-wielding graduate students. But when people know they’re being watched, they change their answers with startling regularity, so much so that the behavior has a name, the Hawthorne effect (for the factory in Chicago where it was first observed). Four years ago, just before the economy imploded, Williams and his colleagues found a way to counteract the Hawthorne effect. After asking permission from the game’s manufacturer, Williams was able to access 4.5 terabytes of player data from the “massively multiplayer” online game EverQuest II. The data set was enormous; it chronicled every action, exchange and decision made by nearly five million players. By comparison, the General Social Survey, the benchmark for sociological research in the U.S., consists of some 800 questions answered by about 5,000 people. The game data also drew on behavior that was, at least from the perspective of the players, unobserved.

Now Williams had to determine which behaviors were true in both the real world and in games, a process called mapping. He and a team of computer scientists looked at five months of economic data from EverQuest II, in which players buy and sell roughly two million items every month: a real economy at work. Williams then set about studying the data from two different servers, where two groups of people—a test group and a control—played the same game with the same conditions. The control group was filled with people who had already been playing EverQuest II, and the test group was made up entirely of new players. “It would be like taking a copy of the U.S. and removing the people and then seeing if you’d get the same country, with the same behavior when you repopulate it,” Williams says. Players’ activities in EverQuest II mapped theories of money that had never before been tested on such a large scale. Unsurprising though it may seem, the fact that as more gold coins were added, prices in the game rose, proved that the communities of EverQuest II could be a stand-in for the American economy—and a way to safely field-test those billion-dollar bailouts before any real money changes hands.