On Land Destroyed by the Tsunami, Japan is Building a Futuristic Robot Farm

You have to hand it to the Japanese; Last March’s Tohoku earthquake and associated tsunami wasn’t the first natural (or... 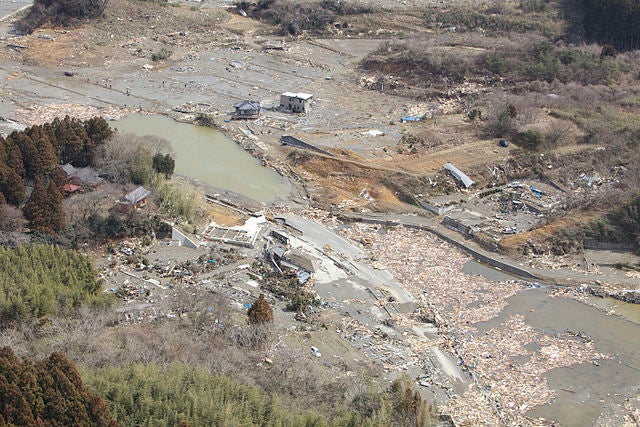 You have to hand it to the Japanese; Last March’s Tohoku earthquake and associated tsunami wasn’t the first natural (or unnatural, for that matter) disaster to befall the island nation, but as just as before the country isn’t simply rebuilding. Instead, it’s rethinking and improving upon what was there before. The latest example: Japan’s agriculture ministry is building a fully robotic experimental farm on a swath of farmland inundated by the tsunami.

After salt is removed from the soil of the 600 acre plot, the agriculture ministry’s plan calls for unmanned tractors to work fields lit by LEDs that will keep insects at bay in lieu of pesticides. The robotic tractors will till, plant, and tend to rice, soybeans, wheat, and various fruits and vegetables that will then also be harvested by their robotic overseers.

The robo-farm, planned for a space in Miyagi prefecture roughly 200 miles north of Tokyo, is part of an effort to find smarter ways to reclaim Japan’s farmland–some 60,000 acres of which was fouled by the tsunami–and find more efficient ways to make use of the country’s limited agricultural space.

Getting more out of each square foot of agricultural real estate isn’t just a Japanese imperative, of course. As the global population increases, increasing the per-acre yield of agricultural space is becoming more and more crucial. Leave it to tech-savvy Japan to understand fundamentally that technology is the way forward in farming.

As such, the “Dream Project,” as the robo-farm initiative is known, will be built by partners like Panasonic, Hitachi, Fujitsu, NEC, and Sharp–technology companies most of us would probably wouldn’t associate with agriculture. But perhaps we should start thinking that way. The Japanese certainly are.