The internet is not going to take the possible passing of SOPA and PIPA lying down. As a protest, today... 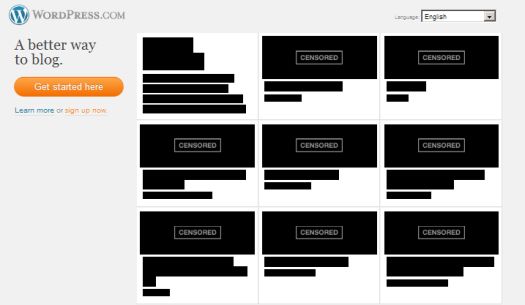 Wordpress's homepage usually shows some highlights of sites that use the Wordpress blogging platform, one of the most flexible and powerful platforms that's still usable by normal folks. Instead, they're all censored. It's one of the more powerful examples we've seen--this is what the world could really look like if these bills pass. Wordpress
SHARE

The internet is not going to take the possible passing of SOPA and PIPA lying down. As a protest, today is the day of the SOPA Blackout, in which many of the sites and services we use every day take a stand–and go black, just as they might be legally forced to do if these bills pass. You know about Wikipedia, sure. But there are lots of other protests going on around the web today (and, apparently, in real life), and some of them are really interesting and creative.

If you’re interested in having your voice heard, Ars Technica has a great piece laying out the best ways to protest.

Click to launch a tour of the internet’s SOPA Blackout Day. 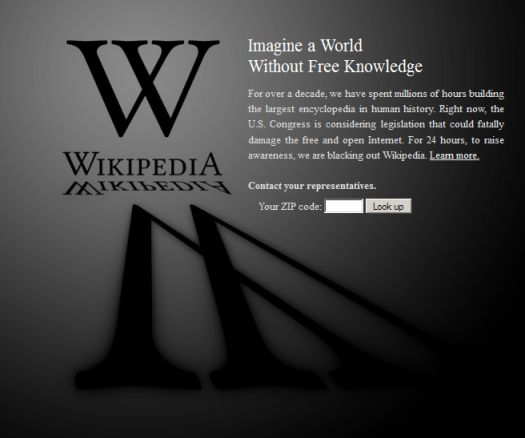 The best-known of the protests today, Wikipedia has gone completely black. It’s not impossible to access–Google around if you want to figure out how to overcome the block–but it’s arguably the most major resource that’s unavailable today. The only pages you can access? SOPA and PIPA. 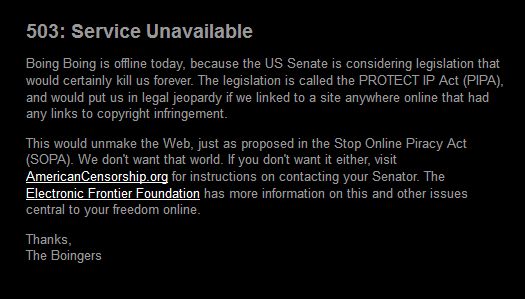 Our friends over at BoingBoing have been hammering out stories condemning SOPA and PIPA for weeks now. No surprise, then, that they’re also participating in the blackout. BoingBoing is completely offline today. 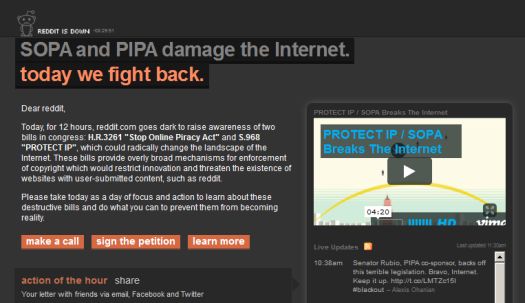 The internet’s main source of memes, crowd-sourced interviews with semi-confused celebrities, and also pictures of cute animals is also down today. Curiously, Reddit is only down for 12 hours, rather than the standard 24. 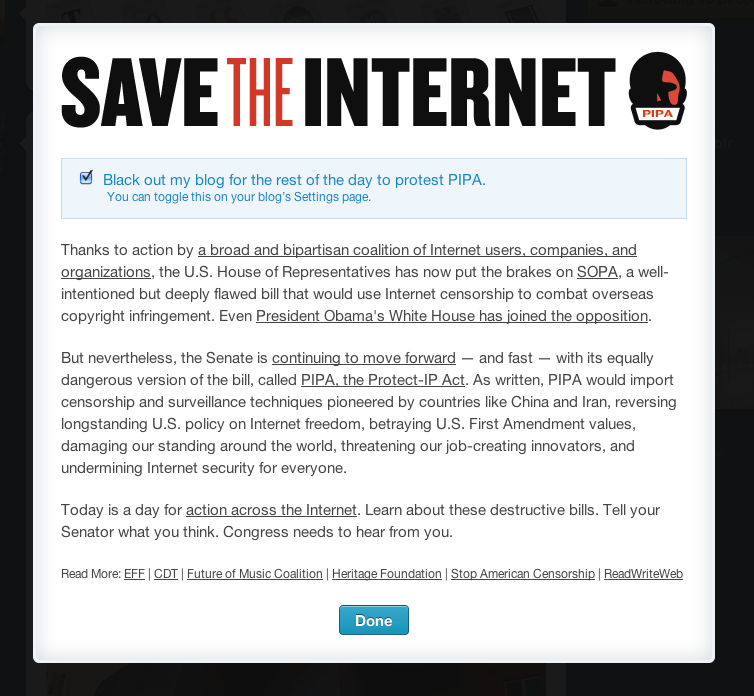 Tumblr’s protest is one of the coolest we’ve seen: when Tumblr users sign into their dashboard today, they’ll have the option to check a box that will black out their Tumblr all day. Services like Tumblr and WordPress (keep reading, it’s coming!) have the power to affect thousands of individual sites. 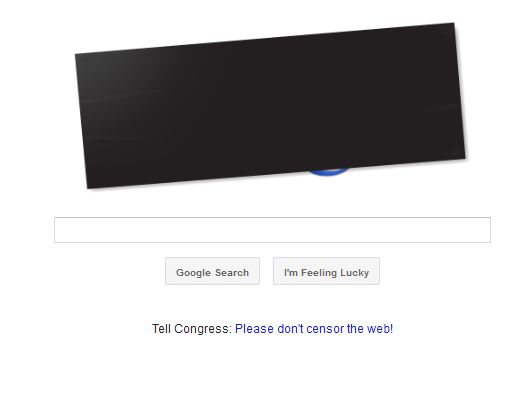 Google isn’t going dark today. That’d be sort of a nuclear option for what might be the most important and most-used service on the internet. But they are showing their support in a few ways. Eric Schmidt has gone on record blasting the bills, and today Google puts a black “censored” banner over their own logo. What we really like about Google’s protest is how subtle it is. The black banner isn’t the only way Google is showing its discontent with SOPA/PIPA: Google also revealed that they have reconfigured the Googlebot to crawl the web at a much lower rate for today, which will help those sites that have gone black from losing too much traffic and SEO ratings. 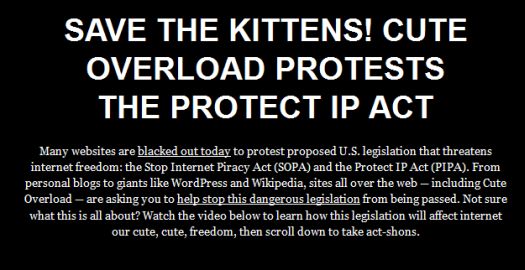 No, never mind. This is the nuclear option. Cute Overload, the internet’s source for all things adorable, is down today. If this doesn’t help kill those bills, Congress is even more heartless than we thought. 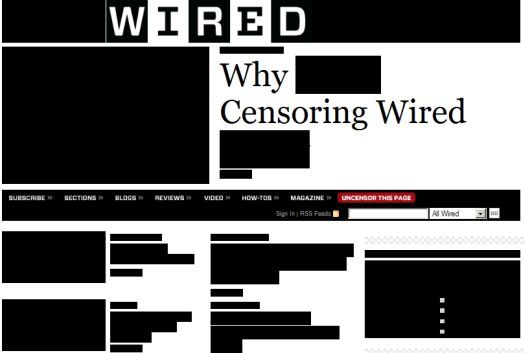 Wired hasn’t gone black–their protest is more aesthetic, sort of like Google’s. Their front page appears to be black-bar-censored, though the bars disappear on a mouse hover and the links all still work. But it’s a really nicely jarring effect.

WordPress’s homepage usually shows some highlights of sites that use the WordPress blogging platform, one of the most flexible and powerful platforms that’s still usable by normal folks. Instead, they’re all censored. It’s one of the more powerful examples we’ve seen–this is what the world could really look like if these bills pass. 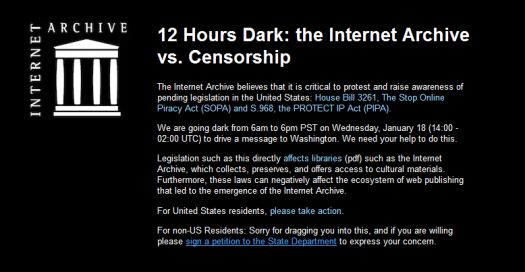 The Internet Archive, one of the most useful tools in an advanced internet browser’s arsenal, is going black for 12 hours today, like Reddit. 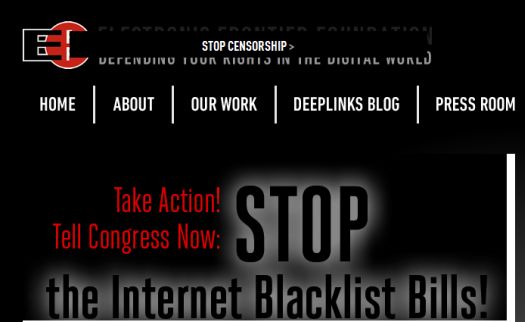 The EFF is the internet’s go-to source for legal advice and assistance when attacked by external forces, so it’s no surprise that they’re right out on the front lines in the battle against SOPA and PIPA. The EFF’s homepage has a new skin, with a nice flashlight effect and many many links to places where your voice can be heard. 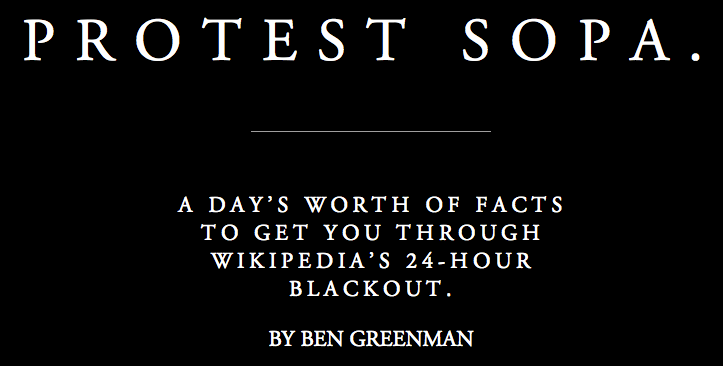 Boutique publisher of many great things McSweeney’s has joined the SOPA protest, sort of. McSweeneys.net, the publishing company’s website of short fiction and other writings, today has a piece by Ben Greenman on SOPA entitled “A Day’s Worth of Facts to Get You Through Wikipedia’s 24-Hour Blackout.” It is very funny, as are most things he writes.
Google
protests
tumblr
wikipedia
wired