Two pairs of self-propelled oceangoing robots have begun slowly making their way across the Pacific Ocean, setting off Nov. 17... 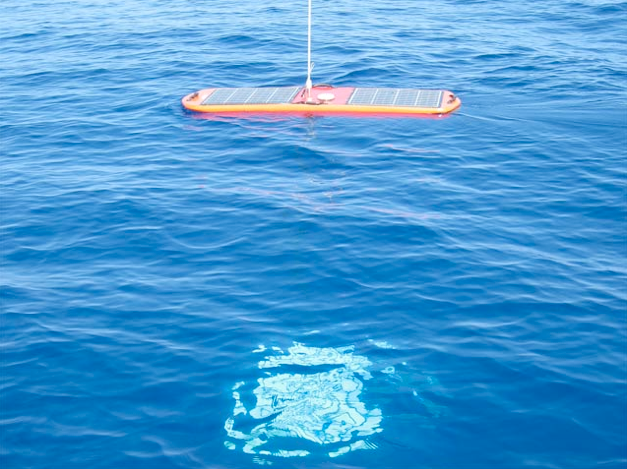 Two pairs of self-propelled oceangoing robots have begun slowly making their way across the Pacific Ocean, setting off Nov. 17 from San Francisco on an epic journey covering 33,000 nautical miles. During their 300-day trip, the robots will collect 2.25 million pieces of data, and attempt to break a world record for the longest distance ever traversed by an unmanned vehicle.

Liquid Robotics, which built the gliders, aims to share all this data with scientists and the public. Through the Oceans portal in Google Earth, you can even follow the expedition online.

Underwater robots are highly capable machines, with successful track records traversing the Atlantic by themselves and collecting a wide range of oceanographic data. In 2009, the Scarlet Knight glider became the first robotic vehicle to cross the Atlantic, covering 4,591 miles in 221 days. Since then, institutions from NASA to the Navy have also been testing autonomous vehicles that can harvest their own energy and serve as constant, networked ocean monitors.

The PacX expedition, for Pacific Crossing, will use four Wave Gliders, a two-part float-glider device that uses wave energy for thrust. A floating surfboard-shaped wing at the surface is equipped with solar panels and a rudder, and it tows a configurable glider covered in hydrodynamic fins. Every 10 minutes, the PacX gliders will collect data on salinity, water temperature, waves, weather, fluorescence, and dissolved oxygen, Liquid Robotics says. All this information is uploaded to the Iridium satellite network, and it’s efficient because Wave Glider’s float stays above the water, unlike other CTD robots that continuously dive and surface to relay their data.

The float-glider foursome will travel together to Hawaii before splitting into pairs. One pair will travel over the Mariana Trench before moving on to Japan, and the other will go to Australia.

Along with providing the gliders’ data, Liquid Robotics is looking for suggestions about what to do with it all. The winners of this competition will win six months of Wave Glider access, the company says. You can submit a one-page abstract through April 23 of next year.