As nations around the world rush to reconsider their nuclear plans, nuclear experts look toward a future of smaller, safer reactors designed to greatly reduce the likelihood of a Fukushima-sized catastrophe 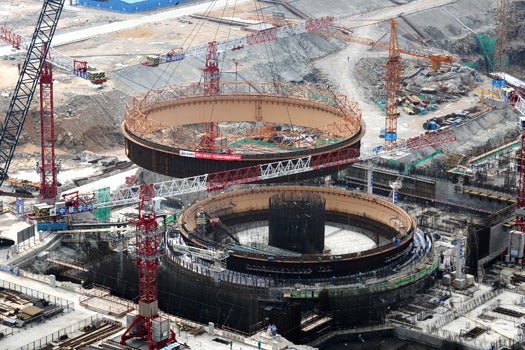 At this time last week, the Nuclear Renaissance was in full swing. Plans were moving forward to use the $36 billion in loan guarantees for new reactors in President Obama’s 2012 budget. China was approving reactor stations at a steady pace, and nations across Europe were considering new nuclear sites of their own. Seven days later, the push toward more and better nuclear power has come to a full stop, as the crisis at Japan’s crippled Fukushima Daiichi power station threatens to unravel into the worst nuclear disaster in history.

But amid a strong, worldwide nuclear backlash, it’s important to remember that the next generation of nuclear reactors are designed to prevent exactly what went wrong at the 40-year-old Fukushima Daiichi plant. Which is good, because according to the experts, a future weaned from fossil fuels will include nuclear power whether we like it or not. Here’s what that future may look like.

In the days since the 9.0-magnitude quake and resulting tsunami heaped human tragedy and potential atomic disaster on Japan, things have gone from bad to worse at Fukushima Daiichi, sparking a flood of conjecture about the future of nuclear energy worldwide. Switzerland quickly suspended the approval process for three new plants, Germany’s Chancellor announced that country would undertake a “measured” exit from nuclear power, and even China–the vanguard of the global nuclear energy charge–showed apprehension, freezing all new approvals for new nuclear power plants.

“When someone dies in a car accident we don’t stop using cars. We work to make them safer.”It’s too early to begin tallying the lessons learned in Japan, but technically speaking most of what’s gone wrong with Fukushima Daiichi’s 1970s-era reactors has already been learned and accounted for in the latest nuclear power plant technology.

Keeping a nuclear plant safe means keeping it cool in any circumstances, including those in which man-made or natural disaster knocks out the usual cooling methods. This highlights the importance of safety features built into so-called Generation III-plus nuclear plant models, the latest feasible plant designs. These redundant and passive safety systems work without the help of an operator, or even electricity, during times of duress, be it man-made or natural.

Generation III-plus includes a handful of high-tech plant designs, many of which still await regulatory approval. Others, like France-based Areva’s Evolutionary Power Reactor (EPR) and Westinghouse’s AP1000 (both are pressurized water reactors) are already under construction, and they are designed to withstand exactly the crisis the 40-year-old Japanese reactors are failing to deal with, whether operators are around to trigger emergency countermeasures or not.

“The new reactors really have a lot of features that were not available thirty, forty years ago,” says Michael Podowski, a visiting professor in MIT’s department of nuclear engineering and an expert on nuclear plant safety systems. “These new advanced reactors will employ more passive safety systems that will make them safe without any external intervention.”

Areva is currently building four EPR reactors, two in China and two in Europe. The design includes four independent redundant cooling systems, two of which are engineered to survive an airplane crash.

Westinghouse’s AP1000 packs a battery of passive systems that use natural air flow, gravity, and other natural phenomena to remove pumps and valves from the equation; if the plant begins to overheat these measures will automatically cool the core for up to three days with no external intervention whatsoever. 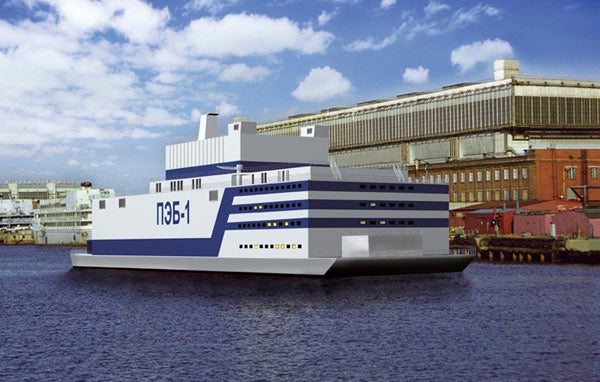 Of course, not everyone is sold on these systems. While it’s fair to say that the latest generation of reactors would have weathered the power outage at Fukushima Daiichi better than the existing reactors have, it’s hard to predict just how secure even they might be after a devastating earthquake-tsunami one-two punch.

Ed Lyman is a physicist at the Union of Concerned Scientists and an expert on nuclear plant design, and while he agrees that designs like the EPR far exceed the minimum safety standards set by the U.S. Nuclear Regulatory Commission, he is careful to note that there’s no accounting for the unexpected. “Some new designs might be more robust than others, but generally I think they share flaws in that if you are going into uncharted territory with a severe accident case–which is where we are now with Fukushima–that all bets are off,” Lyman says. “I’m not sure that once you reach that point there would be any clear significant advantages to the new designs.”

Truly safe, secure nuclear power requires plants that simply cannot melt down, and that means going smaller rather than bigger. Podowski thinks one potential future relies on many smaller, distributed nuclear plants–so-called small modular reactors–that would contain a small amount of nuclear material, power a small area of the grid, and be protected by a smattering of passive mechanisms.

Because these reactors don’t concentrate too much heat in one place, no active cooling systems would be necessary to cool them–excess heat would be dispersed in the ambient air. By definition, Podowski says, these small reactors will be safer.

“The small reactors are inherently safe because nothing can happen at the small reactors,” Podowski says. “If something goes wrong they will be shut down automatically, the heat will be dispersed, and it will bring itself basically to a neutral state where there will be nothing coming in or out.”

Will such a future come to pass? No matter how one slices any future energy portfolio, nuclear is a major piece. A further generation of reactors–so-called Generation IV reactors–already exist on paper and explore the possibilities of advanced cooling systems and other technologies that could make nuclear plants even more productive and safer, though none are expected to become reality for another 20 years or so. In the meantime, engineers are experimenting with all kinds reimagined nuclear plant paradigms, from floating nuclear power stations that are immune to seismic calamity to subterranean systems that are already safely buried deep beneath the ground.

Whether or not the pursuit of these designs is blunted by the Fukushima Daiichi event remains to be seen. Dr. Yaron Danon, a professor of nuclear engineering at Rensselaer Polytechnic Institute, is waiting to see whether the Japanese crisis will have the same effect on young people that previous nuclear accidents had on prior generations.

“It’s interesting to see how young people will react to this, the ones who don’t remember Chernobyl or Three-Mile island,” Danon says. “Will they say we shouldn’t build or will they try to design better reactors?”

The Japanese crisis is a human tragedy and an opportunity to learn from past mistakes and re-evaluate the future, he notes, but giving up on the nuclear age in its adolescence would be a mistake.

“I don’t see a reason why we should eliminate this technology,” Danon says. “When someone dies in a car accident we don’t stop using cars. We work to make them safer.”