In the wide, wireless world we’ve created for ourselves, it’s possible to access the Web in more places and on... 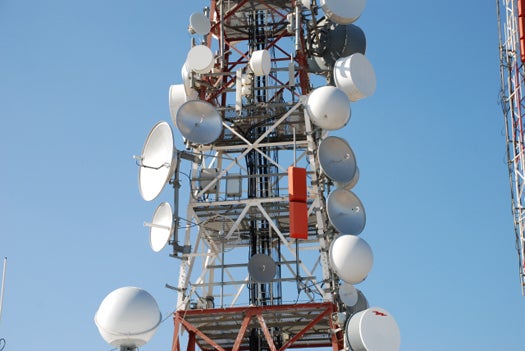 In the wide, wireless world we’ve created for ourselves, it’s possible to access the Web in more places and on more devices than ever before. But while a new generation of more media friendly mobile devices (think tablets and large-screen smartphones) makes it possible to view large-bandwidth content like video on, say, our iPads, we still often have to hard-wire those devices to our computers (and the larger Web) to get the kinds of high-data-rate transfers we desire. But a Winchester, UK, firm has one word for you, just one word: plasma.

Essentially, the PSiAN is a cluster of thousands of diodes on a silicon chip that produces a tiny cloud of electrons when charged. Those tiny, dense clouds can reflect high-frequency waves like mirrors, focusing the beams tightly by selectively activating particular diodes. That “beam-forming” capability could allow ultrafast transmission of high data loads – like those needed to seamlessly stream a TV show to an untethered tablet – creating an attractive option for the next generation of supercharged wireless transmitters.

Plasma antennas might also be used to create low cost radar arrays that could be mounted in cars to help them navigate in low-visibility conditions, or used to make directed energy weapons like the U.S. military’s “Pain Ray” more focused and less bulky.

PSiAN has limitations, however. Solid-state plasma antennas, like PSiAN, could enable next-gen wireless systems capable of beaming entire television shows to tablets in a matter of seconds, but the high-frequency signals required mean that PSiAN antennas operating at higher frequencies couldn’t penetrate walls like conventional Wi-Fi, so signals would have to be reflected throughout buildings.

Another kind of plasma antenna, known as a gas antenna, could theoretically solve some of these problems because they can operate at a wider range of frequencies, but gas antennas are also more complex (and likely more expensive) than their silicon-diode counterparts, which are small enough to fit inside a cell phone. So as with all new tech there are kinks to iron out, but Plasma Antennas is optimistic – the company says PsiAN could be commercially available in just two years.