It's always sunny in Los Angeles 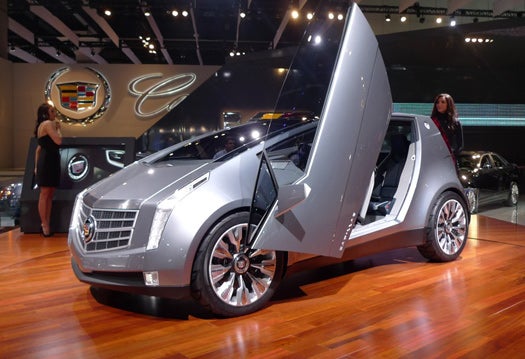 Cadillac designed their ULC—Urban Luxury Concept—as a small luxury city car. We like the hinged doors and the small size; it's like Caddy's version of the Aston Martin Cygnet. Cadillac designed the ULC for a small hybrid with 1.0-liter, three-cylinder engine and a dual-clutch transmission. Jon Alain Guzik
SHARE

Paris is over, Detroit is on the freezing cold horizon and Geneva is just a Swiss dream in the far off future. But dropped right in before the Holiday onslaught, the Los Angeles Auto show, now in its 103rd year, is one of the best of the year. The weather is great, and as car towns go, the City of Angels is the ne plus ultra. While the LA show doesn’t have the sheer amount of crazy concepts as its European counterparts, there is something for everyone.

Launch the gallery here for our highlights of the show. 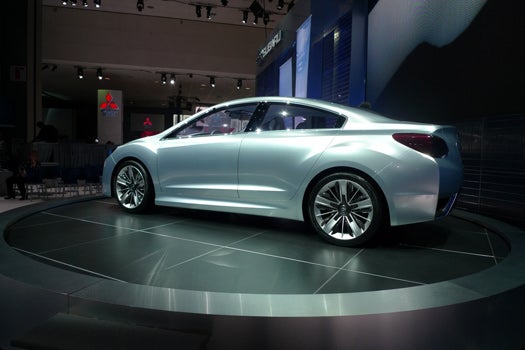 Subaru’s “Confidence in Motion” design and brand strategy debuts on the new Impreza concept. We like the four-door coupe design and the sweeping lines, as well as the changes under the new sheet metal—the next generation Boxer engine and an all-new CVT transmission. After a few polarizing designs, Subie’s hit the right blend of quirky and future-luxe. 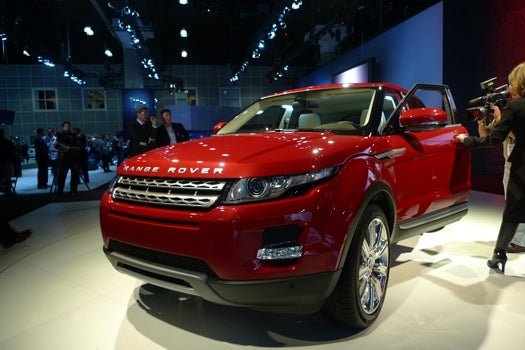 Range Rover showed the Evoque three-door at the Paris show earlier fall; now it’s time to take the sheet off the five-door version. We like the bigger brother more than its smaller sibling. 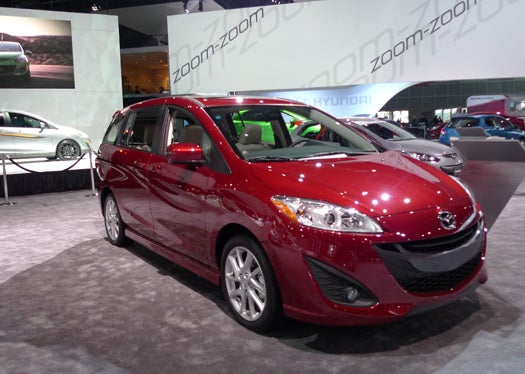 While it may not seem like an exciting ride—really, it’s a small 5-door minivan—the Mazda5 is the shape of things to come. With rising gas prices and stricter emissions standards, smaller family cars—like this and the Ford C-Max we wrote about in Paris— will become common. Shown last year at Geneva and making its North American debut in LA, the Mazda5 gets a little bigger and more powerful, with a 157-horsepower 2.5-liter four-cylinder engine and a choice of manual or automatic transmission. This could be a sweet and—gasp—tunable family car. 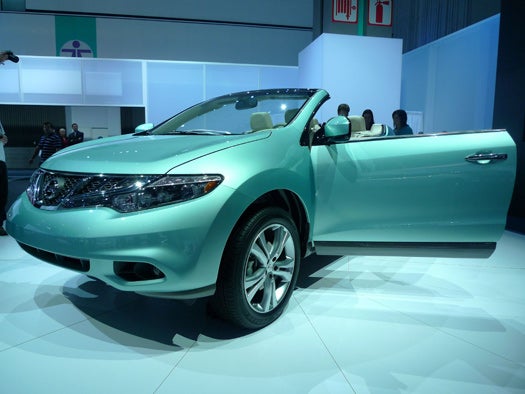 A few “what tha heck?” cars pop up at every show, and here it’s the 2011 Nissan Murano Convertible. With a lot of cajoling and some serious design and custom work, Nissan turned a basic Murano CUV into a swell-looking, weirdly likeable roadster. 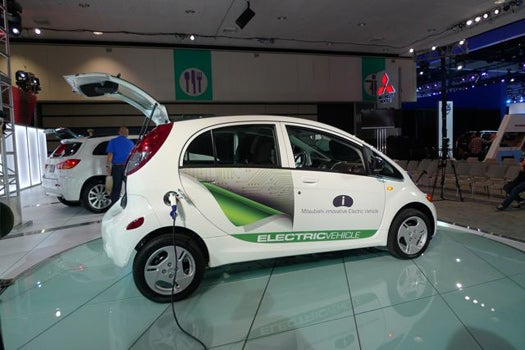 Mitsubishi finally revealed the North American version of its heretofore Japan-only all-electric i-MiEV, which is set to go on sale in the US next year. The i-MiEV is larger than its Japanese-market counterpart by 11.2 inches in length, 4.3 inches in width, and is priced to compete with the Nissan Leaf and the new Honda electric Fit. 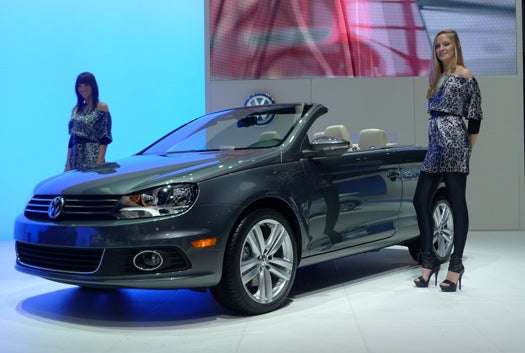 A refreshed EOS makes its sunny launch this year with an updated front, rear fascias, and a streamlined dashboard. The engine remains the same—it’s VW’s stellar 2.0-liter, four-cylinder turbo—and the roof, when seen in action, is still a work of art. 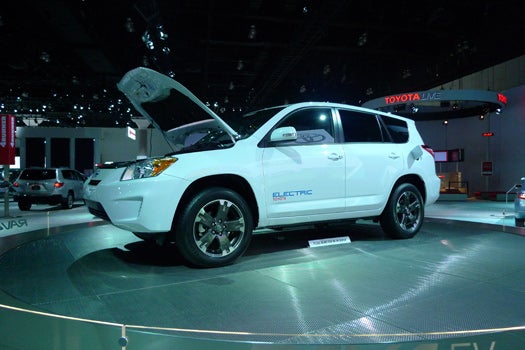 As they did during the EV boomlet of the 1990s, Toyota has again turned their small RAV4 SUV into a fully electric car, this time by partnering with Tesla Motors, which provided the electric underpinnings. 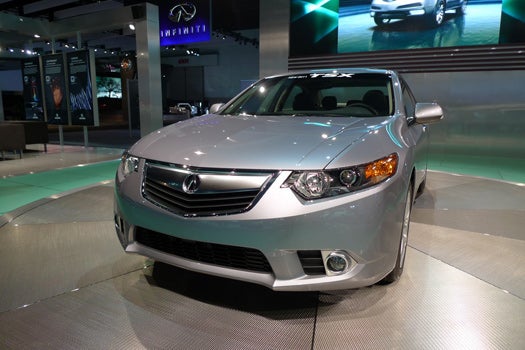 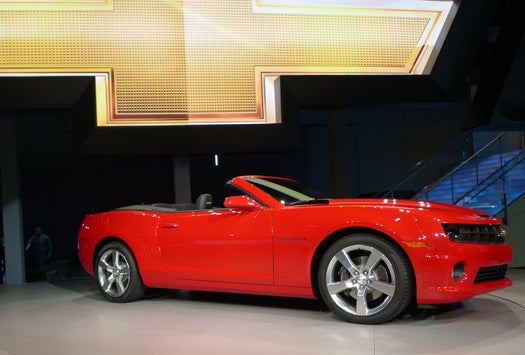 After a lengthy will-they-or-won’t-they, Chevrolet finally pulled the wraps off the Camaro convertible, a real crowd pleaser. It should start around $30,000; look for it soon. 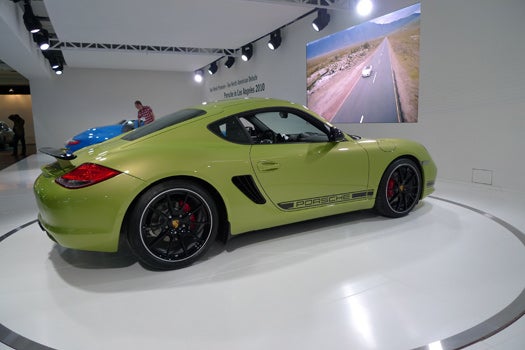 A lighter, more powerful Porsche Cayman is just what was needed to revitalize the mid-engine coupe. With 110 pounds in weight reduction and 330 horsepower, the Porsche Cayman R is a bare bones weekend track car, if you can afford it. Think of it as a Boxster Spyder with a roof. 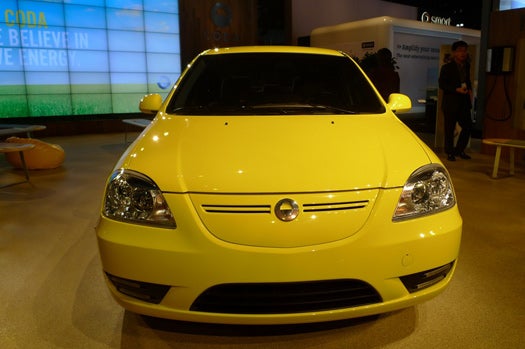 We like to see small companies get into the EV game. The Coda is a cute four-door, five-Passenger, all-electric sedan, powered by a CODA-designed-and-engineered 33.8 kWh lithium iron phosphate (LiFePO4) battery system, which delivers a driving range of between 90 to 120 miles per charge. Cost: Under $38,000 with tax credits. 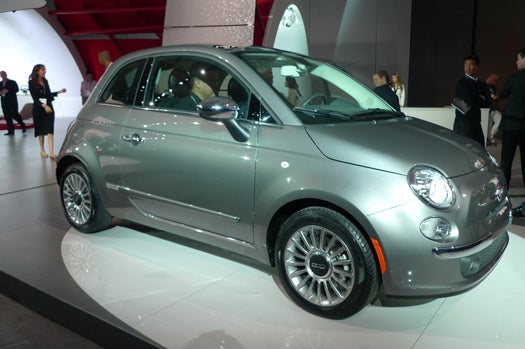 Fiat is finally bringing the 500 to the states as 2012 model. Priced at $15,500, the 500 is powered by a 1.4-liter four-cylinder engine with 101 horsepower and 98 pound-feet of torque. It will be available with either a six-speed or a five-speed manual transmission. At that price, we predict the 500 will sell like gangbusters on the coasts.

Cadillac designed their ULC—Urban Luxury Concept—as a small luxury city car. We like the hinged doors and the small size; it’s like Caddy’s version of the Aston Martin Cygnet. Cadillac designed the ULC for a small hybrid with 1.0-liter, three-cylinder engine and a dual-clutch transmission. 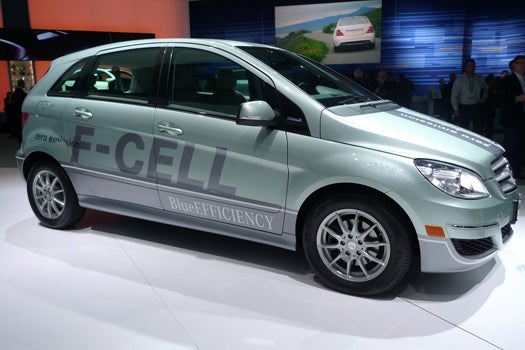 MBZ showed their F-Cell Hydrogen Fuel-Cell Car, which is based on the compact B-Class platform. The F-Cell is powered by a 136-horsepower electric motor and runs on compressed hydrogen. The Tri-Star says fuel economy numbers are the equivalent of about 54 mpg, with an EPA-estimated range of about 190 miles.
Vehicles