With Limited Deposits of Rare Earth Metals on the Surface, Eyes Turn to the Seafloor

Rare earth minerals – those 17 valuable elements with myriad industrial, commercial, and military applications – have been the subject... 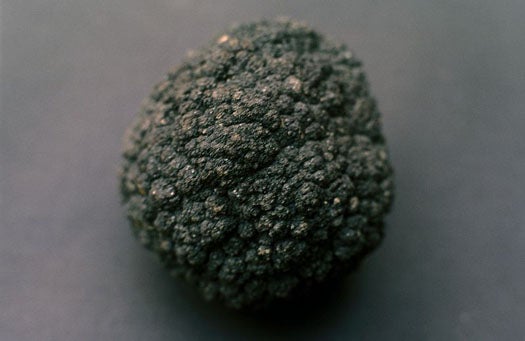 Rare earth minerals – those 17 valuable elements with myriad industrial, commercial, and military applications – have been the subject of a lot of hand wringing lately. They’re in short supply (at least in processed form), and with the exception of China no nation in the world can readily mine them from the Earth and process them in large quantities. But an old idea long considered somewhat fantastical is re-emerging as a serious option for harvesting rare-earths from a place not usually associated with mining: the ocean floor.

China’s monopoly on the global supply of rare-earth elements has been of particular worry lately as tensions between China and Japan, and then between China and the West, recently led to something of an unofficial embargo on the prized minerals. The faux embargo has since lifted, but it left every industrialized nation not named China feeling economically vulnerable. Nations from Japan to the U.S. to Europe have since scrambled to find independent supply chains.

But it’s the rising prices of more common metals like copper and nickel, rather than rare earths, that are driving some visionaries to look to the seafloor. Scattered at the bottom of the oceans are vast numbers of potato-sized rocks called manganese nodules that contain harvestable amounts of copper, cobalt, nickel, and their namesake manganese.

Previously it wasn’t economically viable to build giant machines to scour the seafloor for nodules, but with commodities like copper and nickel gaining value that economic model might change. Advances in robotics have made the idea of fleets of seafloor mining far more viable (remember those ‘bots that tied off the BP well?), and now that it’s been established that manganese nodules also contain rare earths, that model improves further.

Especially if China were to ever turn off its rare earths spigot. China supplies more than 95 percent of the global supply of processed rare earths, which are necessary to manufacture everything from personal electronics to cutting edge military technology to computers. And China and the West, while economic partners, aren’t always on the friendliest of terms.

In terms of challenges, mining the seafloor wouldn’t be easy. But tapping fleets of robots to do our dirty work on the ocean floor would make for a smart use of technology that would undoubtedly save human lives. The recent Chilean mine disaster, as well as several mining accidents in the U.S. over the last decade, serve as reminders that the deeper we go into the Earth seeking the things that fuel our economies, the more dangerous it becomes.

Compared with the kind of ordeal the 33 Chilean miners just survived, scooping rocks off the seafloor seems relatively easy. Plus we’d learn a lot about undersea robotics along the way. If the market justifies the cost, it certainly won’t hurt to have increased dependable supplies of copper and nickel, and if it helps diversify the available global sources of rare earth elements, well, that’s icing on the economic cake.