With the Chinese firmly in charge of the world’s supply of rare earth metals, the Japanese have been hard at... 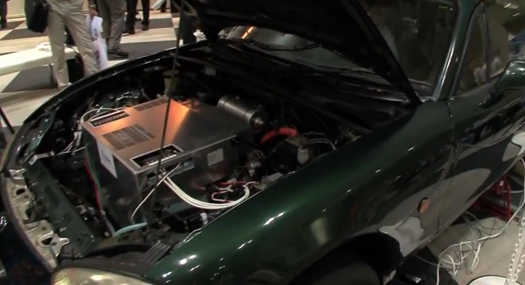 With the Chinese firmly in charge of the world’s supply of rare earth metals, the Japanese have been hard at work trying to devise means to reduce their reliance on rare earths in the manufacture of things like electric car motors. Now, researchers at Tokyo University of Science say they have done it. Their “switched reluctance motor” requires no rare earths, which could circumvent a major supply chain issue while driving down the cost of EVs.

Theirs is the first so-called switched reluctance motor with this kind of torque density, they say, though the researchers admit that it’s still not equivalent to the torque and efficiency produced by motors with permanent magnets. Simply, switched reluctance motors tap magnetic reluctance–it’s like electrical resistance, but for magnetism–in an electromagnetic coil. By turning the electricity on and off within the coil, a rotor inside is induced to spin, creating rotary motion/force (this is explained visually in the video below).

Switched reluctance motors have their drawbacks, particularly because they can be difficult to control. But better onboard, real-time computing is making them more reliable and less prone to vibration and noise. Moreover, the Tokyo team’s motor is about the size of the engine that goes in a Prius, meaning that it’s been scaled to a form that will fit in a standard small-sized production car.

But most importantly, it means Japan may be a few design tweaks away from having an electric engine that doesn’t hinge on trade relations with the Chinese, who have been accused (not least by the Japanese) of bogarting their supply of rare earths (China controls 95-97 percent of global supply, depending on who you ask). And as far as what it means to you, the development of a dependable switched rotor engine with decent power and torque could lower the cost of EVs.