It’s hard to believe, given the tragic scenario, that anyone could find beauty in such an ugly catastrophe as the... 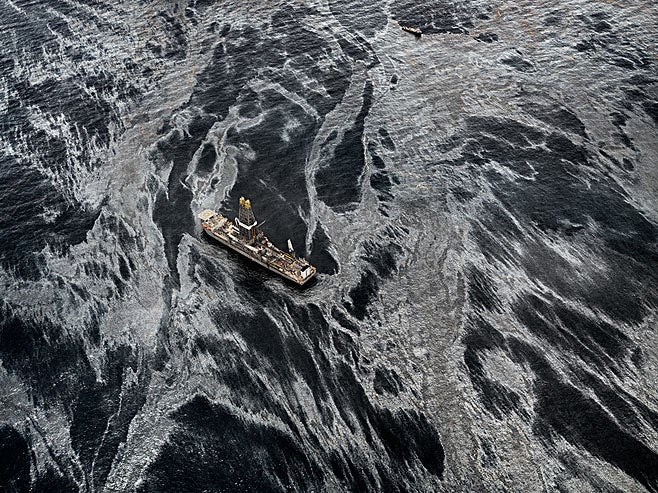 It’s hard to believe, given the tragic scenario, that anyone could find beauty in such an ugly catastrophe as the Gulf oil spill, but Canadian photographer Edward Burtynysky was able to do just that in his newly released aerial images of the disaster.

Burtynysky has long been known for his work documenting the impact of the oil industry on natural landscapes. His photography has brought him around the world, shooting pipelines in Canada, oilfields in Azerbaijan, and major highways in Los Angeles.

When the Gulf Coast oil spill first started making headlines, it seemed only appropriate for Burtynysky to photograph it. After all, it is his ability to show magnitude in his images (which are themselves printed large), that makes his work so breathtaking and relevant. His images of the oil spill are no exception, providing an eerie look into something too massive and destructive to truly comprehend.

Eight of these photographs will be on display at the Nicholas Metivier Gallery located in Toronto Canada from September 16 to October 9.

This is a cross-post from PopPhoto.com