Israeli researchers have created the tiniest-ever optical gyroscopes, as small as a grain of sand, but still maintaining the keen... 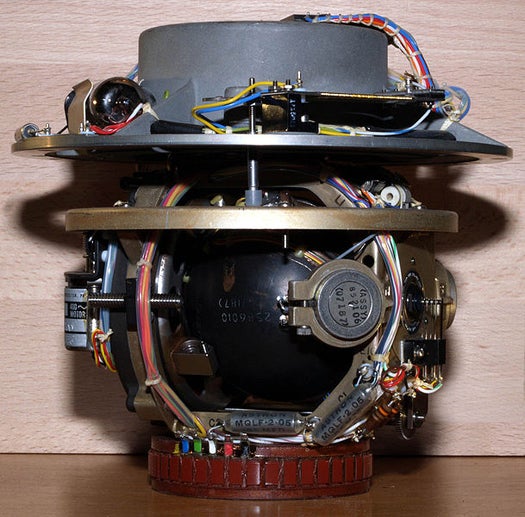 Israeli researchers have created the tiniest-ever optical gyroscopes, as small as a grain of sand, but still maintaining the keen accuracy of their counterparts hundreds of times larger. Optical gyroscopes are generally used for navigation in airplanes, ships and satellites, in which they track movement without reference to external navigation points, by measuring the vehicle’s rotation rate and linear acceleration. This is called inertial navigation. It’s extremely accurate but, up until now, only possible in gyroscopes and weighing two to three pounds.

Made possible by semi-conductor lasers measured in micrometers, these nanogyros are a different animal than the gyroscopes in the current generation of cell phones. They can continuously calculate the exact position of the object they’re installed in without needing to refer to external references the way GPS relies on satellites. Developer Koby Scheuer, a professor at Tel Aviv University, says the nanogyros “have compact enough dimensions to be integrated in small electronic devices.” That means if you’re in a tunnel and your GPS device isn’t working, this little guy will still know your precise location. Sounds a lot simpler than tracking lightning pulses to navigate underground.

So does this mean that we can fulfill the U.S. Air Force’s dream of fully weaning ourselves off of GPS? Not necessarily. The inertial navigation system has to know the object’s exact location to start with, so it knows what to base its subsequent measurements on. However, supplementing your smartphone’s less-than-perfect GPS system with one of these nanogyros could result in far better accuracy, especially indoors and underground, perfect for when we all live inside sand dunes.