The future of reading might also be the future of writing, if author Neal Stephenson’s new experiment is any indication.... 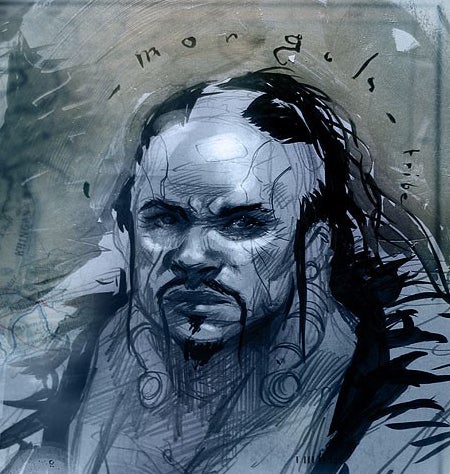 An artist's concept of a marauding Mongol, the antagonists in the new online open-source serial "The Mongoliad.". Subutai
SHARE

The future of reading might also be the future of writing, if author Neal Stephenson’s new experiment is any indication.

Stephenson, author of the best-selling Cryptonomicon among other science fiction and historical fiction works, has unveiled a new digital-novel platform called PULP that incorporates glossaries, images, music and video into an open-source-style book. The story is written by a “cabal” of authors, and readers can contribute feedback and ideas as the story unfolds.

Stephenson’s new company, Subutai, published the first chapter of its first book this week, called The Mongoliad, a medieval epic set in 1241 as Mongol invaders take over Europe.

Serialized novels can offer readers a more interactive experience than a paperback or an e-reader — here’s something special about waiting for the next installment. But this concept takes it a step further, inviting fans to contribute feedback, illustrations and even influence the progress of the story. You can pay $5.99 to become a “citizen” for six months or $9.99 for a year, and check in every week for a new chapter.

The Mongoliad features a small band of warriors who set out to infiltrate the marauding Mongol hordes making their way across Europe. The warriors, who possess a millennium-old secret tradition, are led by a heroic knight, as the story intro explains. Naturally, their guide is an “agile, elusive and sharp-witted adolescent girl.”

Although the focus is still the written word, The Mongoliad turns the idea of a book on its head, offering social features like badges for activity, reader interaction, reader-created glossaries and encyclopedia entries, and more. There’s not much online yet, but today alone, readers have already asked for a pronunciation guide, a simpler story-navigation mechanism (so far, you have to return to the table of contents to see what’s next) and even a list of suggested further reading.

“Until now, novels have been defined by the technology of the printing press, and we don’t have to use that definition anymore unless it suits us,” Subutai president Jeremy Bornstein writes in the intro.

Readers can contribute original content through forums, and the authors say they are aiming to have a more integrated submission system soon. Some readers have gotten their creative juices flowing, submitting haikus in honor of one of the central characters, Haakon. Here’s one:

The dirt underfoot/is tainted by sweat and death./Legends are thus made.

The novel reads like a cross between romance novels and the Lord of the Rings trilogy:

“this was no Mongol: his hair was brown, long and full, and below his sharp nose drooped a luxuriant moustache.”

“Her companions would end up like hedgehogs, bristling with arrows, but she would hide among their corpses, then scurry to the woods before the sentinels caught her.”

But it’s a neat idea that advances the concept of an electronic novel beyond the delivery system. Here’s hoping for some tighter editing in chapter two…