In National Parks, Technology Saves Lives, But May Also Put Them At Risk

The best way to enjoy a national park, in my opinion, involves little more than a tent, hiking boots and... 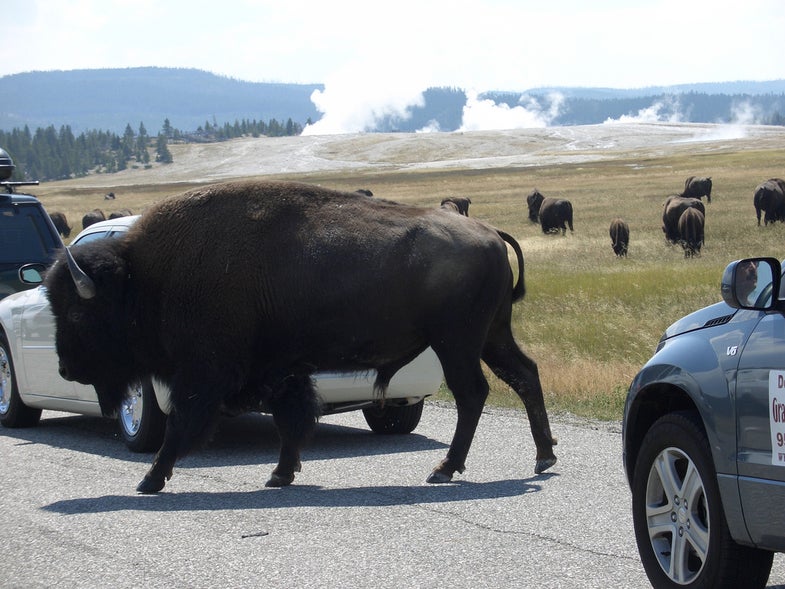 The best way to enjoy a national park, in my opinion, involves little more than a tent, hiking boots and a hydration pack — the only gadgetry I bring is a digital camera. This Luddite sensibility is not shared by many of my fellow park-goers, of course. As The New York Times reported this weekend, modern technology has gotten some national park visitors in trouble, meaning added work and added risk for rescue crews and park rangers.

With Labor Day approaching, it’s worth keeping in mind that technology, while great, cannot always save us. In national parks, it might actually make things worse.

Kyle Patterson, spokeswoman for Rocky Mountain National Park, a quick drive west of Denver, explains: “We have seen people who have solely relied on GPS technology but were not using common sense or maps and compasses, and it leads them astray.”

Rather than come prepared, inexperienced hikers plan to rely on their gadgets — GPS devices, cellphones, what have you — to save them. They know they can use a cell phone to call for help, so they may take greater risks. And when they do seek rescue, they often take it to extremes: In one example, a lost hiker in Grand Teton National Park called for help, and asked her saviors to bring hot chocolate.

The Times recounts the incredible story of a man hiking in the Grand Canyon’s backcountry with two teenage sons. He pressed an emergency button on his personal GPS device, summoning a helicopter, but declined to board when it arrived because water was all he wanted — the canyon water “tasted salty,” he said.

Of course, technology can be a literal lifesaver. Three separate incidents in one park on one day this month highlight this fact. Aug. 11 was a busy day at Rocky Mountain, according to 9News in Denver:

At 9 a.m., someone used a cell phone to call for help from just below the summit of 14,255-foot Longs Peak, where a woman had injured her knee. Other climbers helped her down to the Boulder Field (around 12,760 feet), where a helicopter picked her up. Then, at noon, rangers were notified by satellite phone that a woman had fallen while hiking in the backcountry on the park’s west side. She was brought out by a horse. And finally, at 2:15, someone used a cell phone once again to call for help from a beginner-level lake trail, where a woman had fallen and broken an ankle.

Technology might have saved these hikers’ lives, or at the very least serious injury if they had been forced to hike out or spend the night in the mountains. Without cell phones, it’s likely that they would not have found help for several hours — a major problem if they were unprepared.

But that’s just it. People are increasingly relying on technology, rather than training and preparation, to cover their backs when they push themselves too far. An inexperienced hiker might be excited about his new handheld GPS, so he takes it into the backcountry, but forgets the essentials: Water, a compass and a map. (And, of course, warm clothing, food, etc.) Then what happens when his batteries run out?

Not to sound all Boy Scout-y, but it’s best to be prepared for any scenario, and to avoid depending on technology. It’s great that Americans are enjoying our national parks — July was a record month for visitors at Yellowstone, according to the Times — but here’s hoping our gadget-loving lifestyle doesn’t ruin the experience.