You'll be able to present it to get through airport security in some locations. 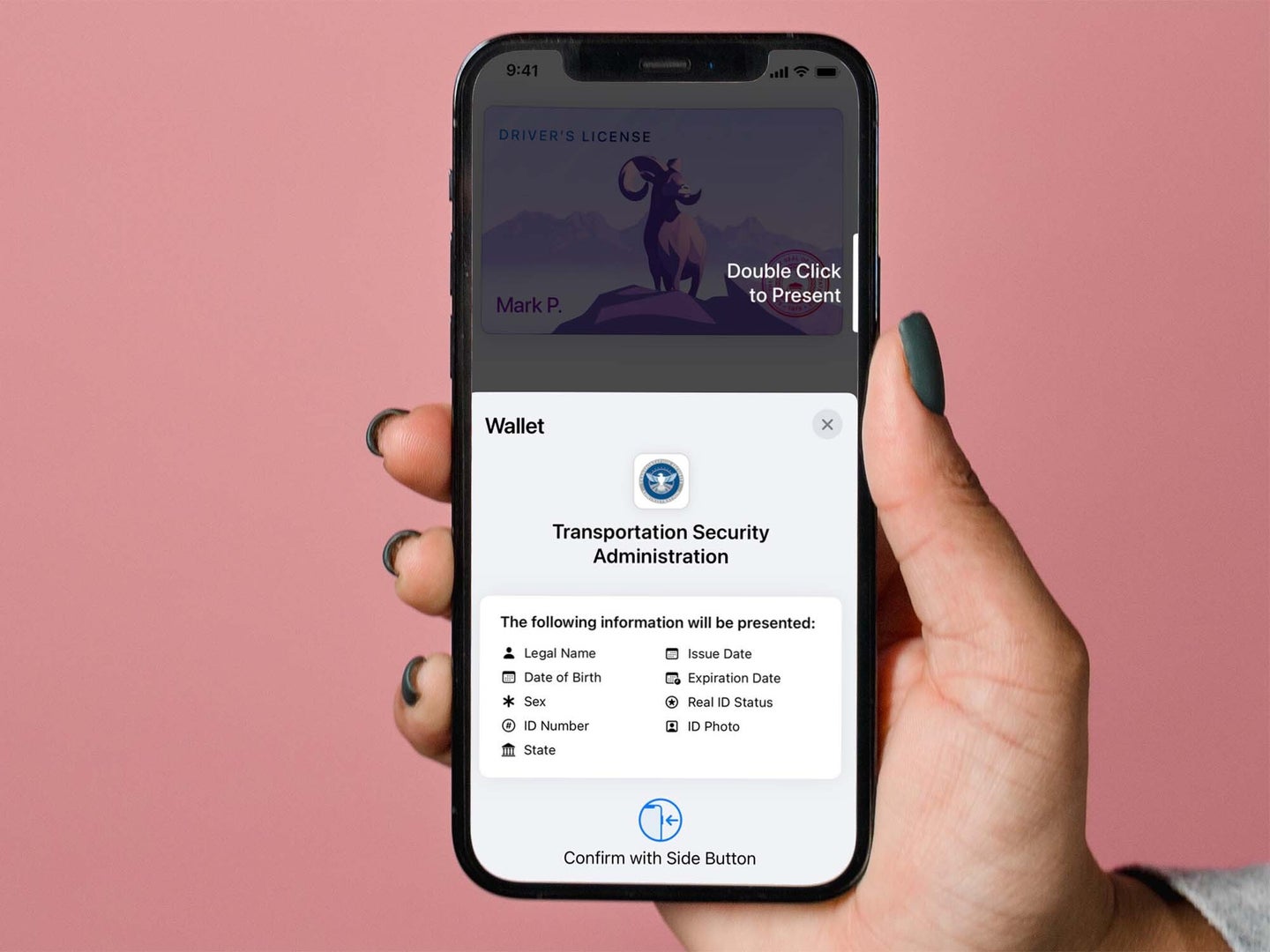 People with IDs from select states will be able to add them to the Wallet feature on their iPhone, as well as present them at some airport security checkpoints. Apple / Tima Miroshnichenko from Pexels
SHARE

Apple announced the first states that will allow people to store a digital version of their state IDs and driver’s licenses on their iPhones and Apple Watches on Wednesday. This means that users will soon be able to use digital IDs to get through security at participating airports in lieu of a physical identification card.

The first states to offer the feature will be Arizona and Georgia; Connecticut, Iowa, Kentucky, Maryland, Oklahoma, and Utah will do so at a later date. Apple did not announce a specific timeline for the roll out, though it’s expected to be implemented with a software update slated for this fall.

For now, the feature will be limited to airport-security use only. Apple has partnered with the Transportation Security Administration (TSA) to allow the digital IDs in “select airport security checkpoints and lanes in participating airports,” according to the company’s press release.

TSA administrator David Pekoske lauded the feature, saying in the press release that it will allow for a “more seamless airport security screen experience for travelers.”

“This initiative marks a major milestone by TSA to provide an additional level of convenience for the traveler by enabling more opportunities for touchless TSA airport security screening,” Pekoske said.

Apple first announced the digital IDs at its Worldwide Developer Conference (WWDC) in June. The feature is a part of the Apple Wallet app and will function similarly to credit card and transit card uploads. “This fall, you’ll just scan your driver’s license or state ID in participating US states,” vice president of Wallet and Apple Pay Jennifer Bailey said at WWDC. “It’s that easy. Your ID information is now in Wallet.”

First, users will need to take a picture of their state ID or driver’s license. Then they’ll take a selfie to verify their identity with the state before completing “a series of facial and head movements,” according to the press release.

Once verified, users will be able to access and show their driver’s licenses to airport security by tapping their iPhone or Apple Watch and authorizing its release via Face or Touch ID. The information will then be shown as a prompt on their device.

The company adds that users won’t have to unlock or physically hand over their device to the TSA. The information will also be “encrypted and protected” as another layer of protection.

However, the feature is likely to emerge as a point of concern for privacy and security experts. “This just strikes me as the latest example of where they’re trying to weave themselves into more and more aspects of our lives,” Evan Greer, director of the digital rights activism non-profit Fight for the Future, told NPR in June. “And when Apple becomes kind of indispensable, it truly is too big to fail.”

There’s also the question of potential privacy abuses. While the feature is limited to a handful of states for TSA use only, it’s not hard to imagine a future where users will be able to present digital state IDs and driver’s licenses to law enforcement — thrusting the door wide open to a host of privacy issues, such as how police officers might interact with your phone if your license is on it. That’s a question of major concern for the American Civil Liberties Union’s recent report on the ramifications of digital IDs and its potential for abuse by authorities. “Given rampant questionable police searches of mobile devices, statutory protections against such searches — already needed — will become even more vital if people’s smartphones are to become a central and routine part of interactions with law enforcement,” the report reads.

In addition, the report cites numerous other concerns including the potential for ID tracking, data hackers, and private companies remotely changing or revoking your ID.