An undersea cable could bring speedy internet to Antarctica

A plan for an undersea cable could speed up the glacial pace of Antarctica's internet. 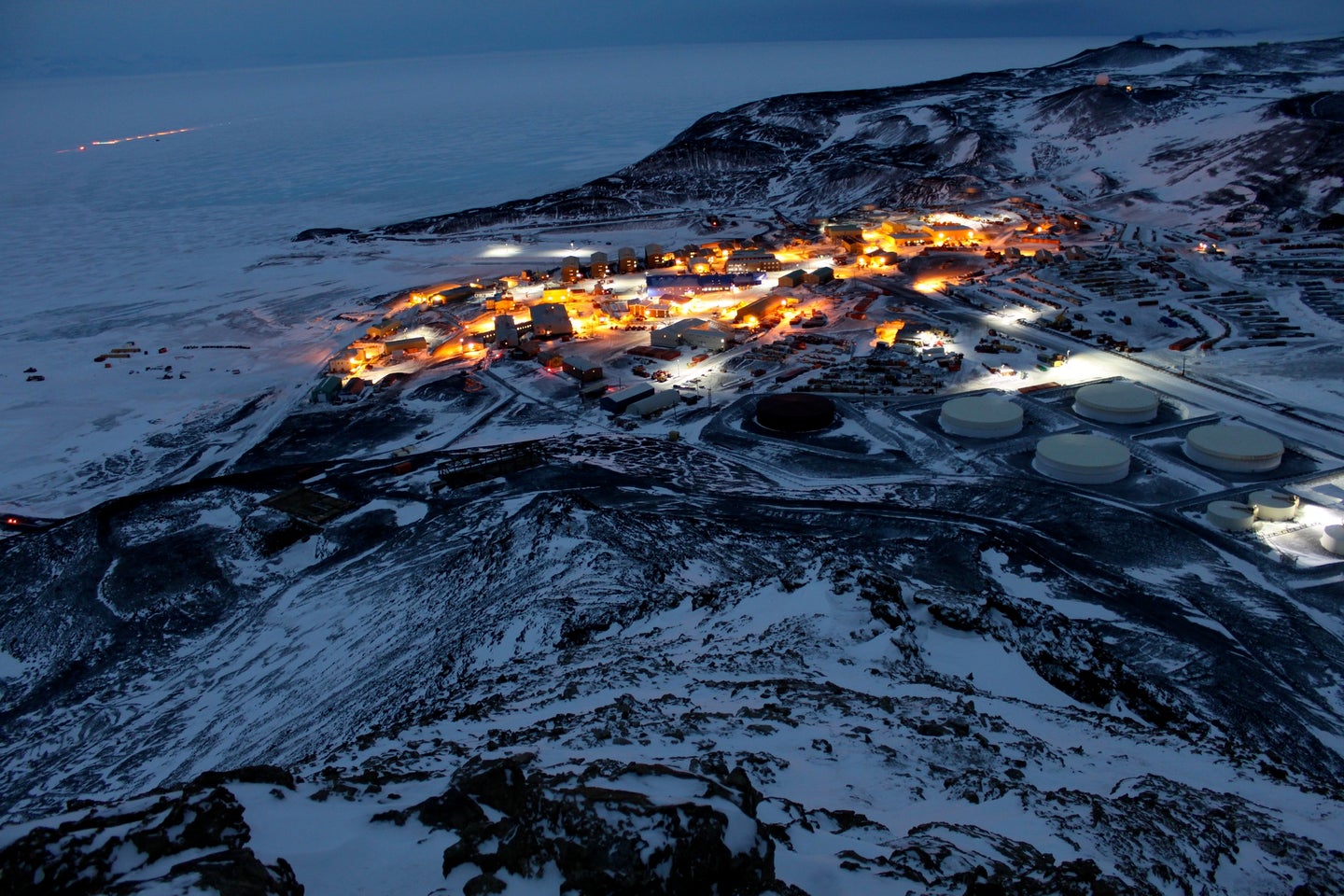 It seems like Antarctica’s McMurdo Station could be getting high-speed internet—a modern day luxury feature that could connect its remote laboratories (and seasonal tourist hub) to the rest of the world. The station is located on an island just off the northwestern part of the continent and is the largest US research hub on Antarctica.

As of now, Antarctica remains the one continent without a high-speed fiber optic cable connection, The Verge reported. But the National Science Foundation has actively considered the idea of bridging that gap with a new undersea cable that would extend from Antarctica to either New Zealand or Australia.

[Related: Beams of light—not cables—are carrying the internet across a river in the Congo]

Undersea cables running along the seafloor function like the backbones propping up the internet. They shuttle digital information under many, many miles of ocean. TeleGeography put together a map illustrating some 436 cables that patch together the global internet. The process of putting an undersea cable in place is usually an expensive, multi-part operation involving a specialized boat that can bury the carefully encased cable into the seafloor.

Currently, Antarctica researchers use satellites to dispatch their collected data to the outside world, The Verge noted, with a limited amount of bandwidth allotted per person. Sometimes, scientists resort to using hard drives to physically port their data back home instead of instantaneously sharing it with their colleagues in real time, which in the long run can slow down the pace that research can move at or constrain the computational power that can be used to process data. E&E News once suggested that even space had better internet than Antarctica.

On a personal note for the station’s occupants, it would make long stretches of time feel less lonely, by allowing them to stay in touch better with family, friends, colleagues, and communicate their science with the general public.

A year of NSF-sponsored workshops on solutions to this problem culminated in a 138-page report released in October outlining the potential benefits of an undersea internet cable and proposing how and where to build it. Further, the report highlighted that it might be possible to add sensors to the cable to collect new types of Earth science data such as how sea ice behaves in water or how different marine animals move across the ocean.

Peter Neff, a glaciologist and climate scientist from the University of Minnesota, summed up their findings in a Twitter thread, stating that across the board, “existing & future Antarctic research would be enhanced if bandwidth limitations were eliminated.”

“A new submarine cable could be constructed with instrumentation that would itself enable meaningful new research and understanding of the Southern Ocean and Antarctica,” he wrote. “Construction of a SMART cable providing essentially unlimited bandwidth to McMurdo Stn. is feasible & could also serve as the platform to extend connectivity to deep-field research sites & critical research programs at Amundsen-Scott South Pole Station.”

Next steps include the NSF and the Department of Defense drawing up an engineering design study that will estimate the cost of the cable and corresponding infrastructure, then laying out a possible construction schedule. The NSF will review the final plan before approving the project.

Meanwhile, it’s become increasingly tricky for scientists to learn about Antarctica while the continent is in the midst of a full-blown meltdown. There still remains many uncertainties about how much Antarctica will melt, and how much that meltdown will impact global oceans. The fragile icy environment is unraveling quickly, and scientists are working fast to track the fallout.