How to stream way too many FIFA World Cup 2018 matches

It only comes around every four years, so make the most of it. 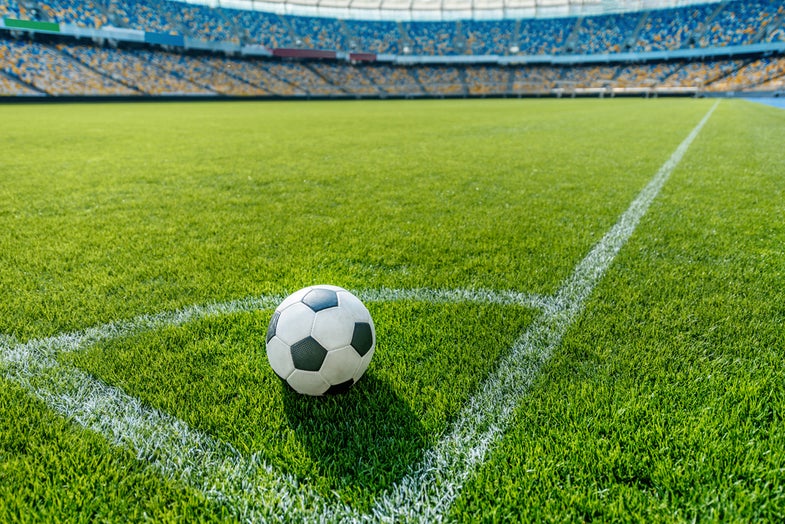 Soccer fans who have already cut the cord on their cable package and worker bees hoping to stealthily stream midday games needn’t worry: The 2018 FIFA World Cup, which kicked off June 14 when Russia beat Saudi Arabia 5-0, is still just a click away. While there’s nothing we can do about the U.S. men’s team failure to qualify for the first time in decades, PopSci has rounded up every way you can watch the other 60-odd matches. Fitting them into your schedule is on you.

Watching the old-fashion way may just be the best method to get into the spirit of sports—especially if you aren’t already a scarf-wearing superfan. Television networks tend to fill the air with player profiles and other sometimes-useful color commentary. This year, the rights to broadcast the games in the United States are owned by both Fox and Telemundo. From the first games in June to the final match on July 15, Fox’s full broadcast schedule can be found here and Telemundo’s here.

If a complete cable package isn’t your thing—or in your price range—other TV streaming options are available. DirectTV Now’s Live a Little package is $35 and includes Fox, Fox’s sports channel FS1, and Telemundo. In select cities, the same channels are available through Fubo, which costs $20 for the first month and $45 for each additional month; and Hulu Live TV, YouTube TV, and PlayStation Vue, all of which cost $40 a month.

Last but not least, you can always try pulling down those sweet soccer broadcasts with an antenna. Before installing any equipment from scratch, make sure you’re in range. And be warned—Fox’s channels seem to be notoriously difficult to pull. What looks like a cheap solution may end up requiring special equipment or a professional installation.

One more thought: go to the corner bar, and watch from a stool.

To max out the World Cup experience, consider streaming on your smartphone. Fox Sports Go app is where the network will livestream all of the matches. Telemundo’s app will also get the job done, as will the NBC Sports app, which is operated by Telemundo’s parent company, NBC Universal, and has the rights to stream many of the games. Whether on the Fox or Telemundo website or in the company’s apps, you can connect these streams to your television monitor. Apple TV, for example, can connect directly to an iPhone with AirPlay. Other dongles and devices also work, including Google Chromecast. Roku, Amazon Fire Sticks, and Xbox also allow users to watch FIFA games unfold on the big screen. Trouble is, each of these scenarios will still require a subscription of some kind.

Play along (in virtual reality)

For a souped up soccer experience, Fox’s virtual reality app allows viewers to take virtual avatars into the game and lets them toggle between different camera angles as they watch. The Fox Sports VR app content is only available to subscribers, but it’ll get you as close to the action as one can be without a ticket to the live games in Russia.

Facebook’s Oculus Venues social app, which allows viewers to watch video with each other in a virtual space, will also be streaming four World Cup matches for free. But there’s a catch: You’ll need to purchase a mobile Oculus Go or Samsung Gear VR headset to participate.

If all of this sounds too stressful, skip straight to the highlights. News organizations like SBNation and Fox Sports are doing the hard work of tracking minute-by-minute developments for you and packaging it into digestible recaps. Twitter users using the #WorldCup hashtag are ready to curate clips of stellar moments—and related memes. And the best moments are often also spliced together for easy viewing on YouTube, including on its FIFATV channel.